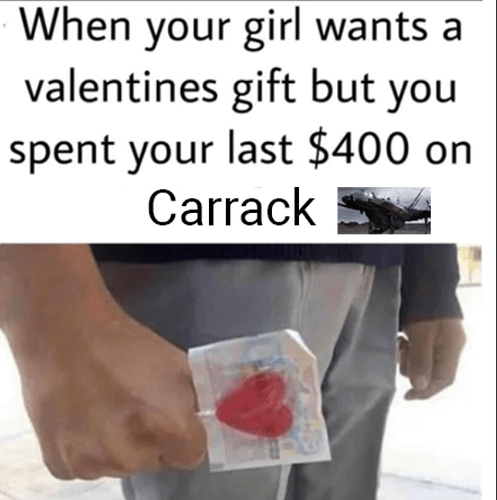 Even a broken clock is right twice a day, and in this game the broken clock is Derek Smart. SC evolved into some sort of scam a long time ago. Chris Roberts has been living a very good life, and so are his family and close friends, meanwhile a bunch of losers keep feeding him money with nothing to show for it other than a broken technical demo and lots of static images of imagined gameplay.

What I did gleam from it was that while dynamic and pretty sophisticated, it still is very AI driven. Would that be a correct?

It is AI driven in the sense that players are part of the equation but that the AI (or Quanta) are very much a part of the economy and its oscillations. In that they are programmed, as I understand it, with preferences for jobs, risk taking, etc. This, I think, might allow for a more real seeming economy than the very manipulable one in Eve (not that it doesn’t have its own merits).

Suffice to say it was a very interesting presentation for those interested in how the economy would work dynamically.

with nothing to show for it other than a broken technical demo and lots of static images of imagined gameplay.

I’m sorry but there’s actually fun to be had right now in SC for as little as $45 (or less depending on when someone backed the project). That you don’t know that is, of course, ok but it doesn’t change the fact that you’re incorrect on that point.

This is pretty humorous. Also incorrect but okhand.

I’d like to respond politely if I may. I’ve edited and expanded on some thoughts to “do it justice.”

whew - the nostalgia - I haven’t written a long EveO post in a very, very long time. Brings back memories.

At the end of the day star citizen is marketed to millionaires not average players who won’t be willing to spend tens of thousands of dollars on a few ships to add to their game play.

At 2.5m+ backers the funding avg per player is around $100 (rough napkin math). Which isn’t that much on avg tbh. $45 (today) gets you a ship and the ability to actually play/test. There’s fun to be had. Even with a group. I’ve not seen a recent server instance with less than 47-48 (goes up to 50 currently with the next patch to 60) players in it. Eventually, there won’t be “instances” and the various server shards (similar in some ways to nodes in Eve) will “mesh” and share real time info with each other.

My wife, two of our kids, and I have successfully played together multiple times in single ships as well as in multi-crew ships. All without costing more than the $45 ea. Other friendly players who have larger ships will frequently loan them to you to fly. Rental is also in game now (with the in game alpha currency) if there’s a ship someone wants to try out.

Because of this and the fact that they have made a large fortune off a promise to make a game like that there won’t ever be a stable and active player base of Star citizen players unless they betray all the rich idiots who handed them loads of money and make everything super cheap and accessible to any kind of player’s real life income.

You don’t have to speculate where the money has been going. 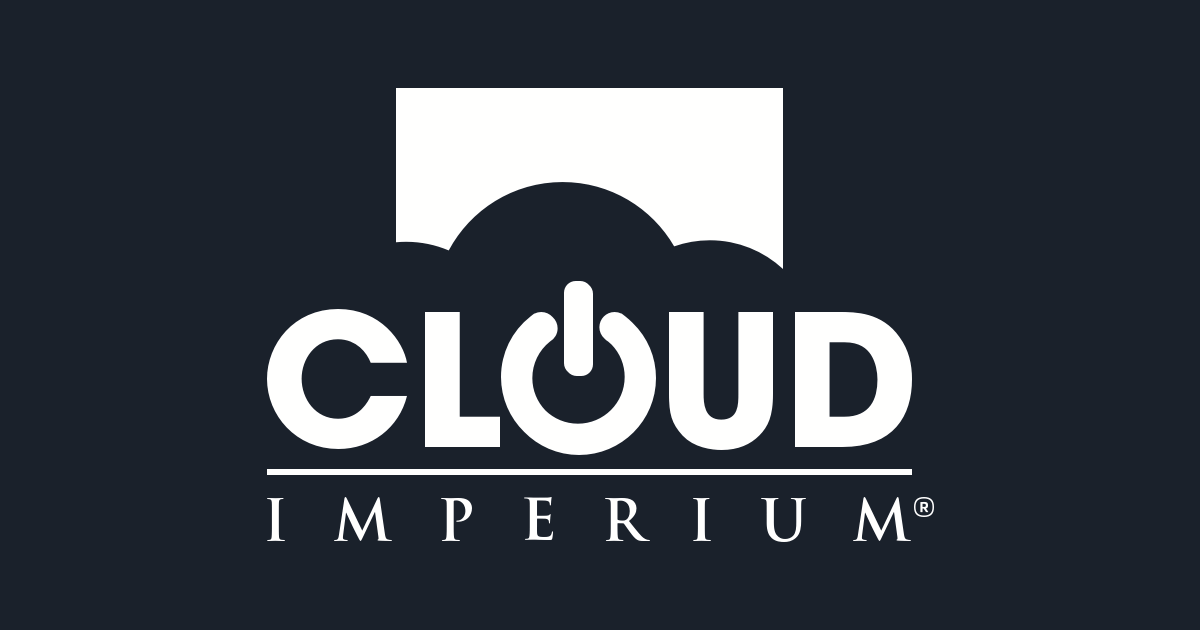 In a further effort at transparency we have decided to publish our historical financials from 2012 through 2017, this allows you to see not only how much mone...


In 2015/16/17 the personnel costs ranged between 40% and 60% of their total costs which is not unusual. They have also continued to add development staff (according to that 464 by 2017). This is also interesting, though more speculative. https://www.space4games.com/en/star-citizen-en/star-citzen-squadron-42-financials/id-2826/#financial-forecast-star-citizen-and-squadron-42-until-2020

Fun fact - once the game is live there will be no ships purchasable with real money and only in game currency will be able to be used. There are over 2.5m people who have backed this game already. Those people already have access to the game. They’ll be able to play to earn whichever ship(s) they want - just like people do in Eve. As for “rich idiots” I don’t think people who have spent $45 - $100 (the rough napkin math estimate) on a game are necessarily rich or idiots. People spend that on PLEX routinely. People spend that on “AAA” titles with Season Passes routinely. That’s not a lot of money for a game. It wasn’t in 2012 and certainly isn’t in 2020.

In the end it will mostly be single player or small group cooperative in nature, never massively PvP in any comparable way to eve online and certainly not in any basic functional way.

There are already some examples of almost 50 player battles that were put together by players themselves. For all the talk of “small gang PVP” over the years from the LS crowd, it would seem that fights in the 10-35/40 player range would be heavenly.

Can you imagine how much worse it would be to operate Eve online if it tried to have the same kind of detail as star citizen? Nothing would ever work.

Eve is built on 17+ years old tech. With a completely different scheme to interaction with the world. Of course modeling things at that LoD would be problematic. But let’s also not imply that Eve has ever been buttery smooth with hundreds of people in the same grid which is what you’re talking about. There were times, way back, when more than a few dozen would crash the node and/or the clients on a grid as people jumped in.

Star Citizen is just virtual art marketed to wealthy fans and players who would rather pay for their experience than simply play for it. It would be nothing short of a miracle to see an average environment in star citizen contain more than dozens players at a time. One player who will spend tens of thousands to play a game vs thousands of players who would spend 10 dollars to play a game…you get the picture.

Again, you seem to be confusing the potential to spend a lot of money on the game with the reality that most of the backers probably spent no more than the current $45 minimum to get the game and many (myself included) who spent $35 back in 2012 and got access to the MMO game SC, and the single-player campaign SQ42 when it releases. Hardly a princely sum. I know when I played Eve hardcore, I was a triple-account triple-boxing wspace PVP player. So, that was already $300/year (for ~8 years…$2400 just in subs). Plus the Power of Two stuff that would come up occasionally for scout alts and things like that. Plus the occasional PLEX. At the peak, I had 8 accounts - 3 that were always subbed, with the rest being activated as needed. Does that mean I was wealthy and only wanted to “pay for the experience” versus “play for it”?

Those backers who have spent thousands, and there are those no doubt, simply have more ships at the start than others. No special “skills”. No additional “skills”. And the reality, with those mega expensive ships, is that they are designed for multi-crew and will literally suck if attempted to be solo piloted. Different games have different play models. There will also, very likely, be zero or extremely limited multi-boxing as it’s a very demanding game resource-wise. So, all those people with multiple ships will really only be able to use one at a time. I happen to think that SC will handle the giant combat-capable ships in a better way than Eve has over its long history. They can be boarded by hostiles (how freaking cool is that?). They are drastically less effective without an actual crew of real people. They’ll have actual upkeep expenses. All of these things, in one form or another, have been requested by Eve players who had to contest with the pervasive super-cap umbrella.

A far cry from the the mega-rich Eve players who solo pilot multiple supers and titans. Eve also has the ignominious shame of having completely sold out their HTFU cred for full-time MTX+Subs+Gacha and the most egregious of all…Skill Injection for $$. How’s that for catering to the rich who want to “pay for the experience”?

It’s a fictional space ‘simulation-universe’ so not for everyone, admittedly. But then the same could be said of Eve in that regard. Already in the game is:

For those who might want to lower the salt in their diet and actually see what it’s about you can use this link.

Become a Star Citizen and get 5,000 free Credits https://robertsspaceindustries.com/enlist?referral=STAR-PZ9R-GVCM

It’s a very helpful community. Might just change your mind. But it’s ok if it doesn’t.

Just like EVE. Its not about the game. Its about the community. Even with spreadsheets like eve, or pen and paper like DnD, we can have great realm.

I don’t know, but, with the cult number SC have, I’m sure they can exist quite a while.

It’s a cult, alright. Just look at the dude above…

Watch out calling him out as a cult member might trigger him to consider you a heretic and take measures accordingly… including exterminatus.

Thanks for the synopsis.

While I am not against a well programmed AI economy, it fundamentally cannot be as good as a purely player driven economy like Eve. Just talking about the raw resource- to finished product cycle, not missions and such. Eve has downsides too mind you and it’s not perfect but I’ll take it over algorithms any day of the week.

But I agree, interesting to say the least…it will be the make-or-break point for me and SC (if it ever actually gets to that point).

StarCitizen is built on some fork of the cryengine, which is itself 17 years old. The real question is how old will the tec be when it finally releases?

some fork of the cryengine, which is itself 17 years old

and then heavily modified to the point of not being CryEngine at all.