What’s this game even trying to do?

EvE seems to attract some of the most competitive play and economics compared to all games?

Moved from General Discussion to Out of Pod Experience.

The theory is amazing but the rate of development place something comparable to EVE in around 2035…and even then it wont beat EVE’s economy.

Feel free to expand. I don’t know anything about any of them.

They are both more of a spaceship simulator with you flying them in the 1st/3rd person. EVE tends to actually resemble more of a RTT as it’s not about flying the ship but rather positioning. Somebody else might have better terminology…

RIS/CIS have no idea, their CEO is adding new features like he changes his undies.

It has a massive feature creap, had god knows how many ship design construction redesigns, and concept ships from Kickstarter days still not even modeled (kickstarter ended in 2013)

StarCitizen gameplay from my perspective (I actually played it a little):

it has walking in stations, for starters. and EVE is also boring. I’d dare say it’s just as boring as SC.

okay, serious talk now: Star Citizen is a first-person science-fiction game that’s poised to become an MMOFPS (massively online multiplayer first person shooter) with spaceships. its main selling point is its level of realism, which has never been done before in a game of this genre - the game is set to have a level of detail and fidelity™ that few games have these days. Even on the lowest graphical settings, the textures look very detailed.

It is a crowd-funded project, meaning that whatever people pay for it - be it the perceivably normal $45 or an absurd 4 or 5 digit pledge - is, at least mostly, to fund the development. Also, it’s currently in pre-alpha, with much of the content still to come, as well as a good amount of its fundamental technology and engine capabilities.

However, unlike many, many, MANY corporations in this industry, the developers are arguably the most open about the work they do; the youtube channel gets several uploads per week, the website shows their detailed development roadmap with weekly updates, backers get a weekly newsletter to their email inbox, and there’s also a monthly report published on the website. all this on top of having a publicly available page that shows the most up-to-date data about how much funding they’ve got since the first day of the Kickstarter campaign.

Star Citizen also receives a lot of criticism. even some comments in this thread give it a considerable amount of flak. however, they keep forgetting that the paradigms of this project are very different, thanks mostly to a poll held a few years ago where >80% of the backers said to the developers that they’d rather wait until the end of time and get a game that they consider to be the definition of perfection than have it commercially released as soon as possible. So you can blame the eternal delays and feature creep on the SC community. Or in short: priorities, they are not what you think.

Also, dumbest fanbase ever? says a random edgelord on the internet. If you bothered to read anything on the website, wiki or community forums, you’d know what this game is about. But apparently talking hot about it is easier, so there’s that…

you’d know what this game is about

That’s not the issue that any of are are talking about. We know what it is, where it started, where it is not and where it’s going because as you point out, the devs are pretty transparent.

What most with a negative opinion do harp-on is exactly what has been mentioned; the massive feature creep and the horrible QC…

I hope SC is a great game one day and I’ll buy it when it successfully launches but until then you folks really do sound cult-like, and that does put you into the dumbest fanbase ever running. I mean, “end of time”? Really?

That was a deliberate exaggeration. still, it does summarize the common paradigms. the SC community has a good amount of patience. they do not expect or hold their breath for a commercial release date.

“cult-like”? you can say that about any game’s playerbase; for example, one “cult-like” paradigm of EVE’s playerbase is that you should give all your stuff to [insert name of random forum poster here]. you can also say that a fairly sizeable chunk of EVE’s playerbase exhibits predatory characteristics when they play the game, and some are even so focused on winning any fight that they will put all fun and challenge aside, even to the point of not engaging in a fight at all if the odds aren’t too obviously in their favor. every community of sufficient size has at least one cult-like characteristic. it’s inevitable.

And like I said: the feature creep and delays are because the backers said so.

you can say that about any game’s playerbase

Except no game is like SC. It’s such an outlier that they warrant the moniker.

…because the backers said so.

Regarding EVE, it’s been a game now for what, 15 years? People come and go, attitudes change and so does the community. While most here would sing the praises of some parts of EVE, most would equally crap on it. Heck I think most play it because there is nothing else like it out there rather that it being fantastic. Hardly a cult…more like a dysfunctional large family?

Again, and I want to make this clear, I really hope SC is half of what was promised one day…

OP only wanted to see if he choose good audience to show how big his… wallet, yes wallet, can be.

Also, dumbest fanbase ever? says a random edgelord on the internet. If you bothered to read anything on the website, wiki or community forums, you’d know what this game is about.

I know exactly what this game is about. I was there from the start and I know what he is trying to create. I even mention I played it, but reading is obviously hard. What they deliver after 7 years is seriously not even wort being called a techdemo.

You are doing a pretty good job reinforcing the point I made about their fanbase. 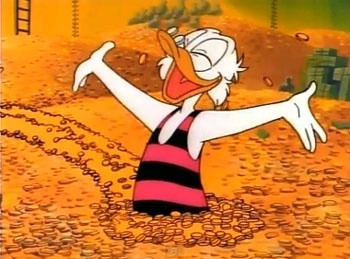 I dont like how characters are animated in Star Citizen. If they will not change that, I am not going to play that game. Its really bothering me.

Millions of dollars into broke ass motion capture. That they have to completely redo. For the 3rd time.

Just want to see GTAV level realism and smoothness, I will be satisfied with that.

Or maybe a game with a reasonable scope that isn’t headed by a hack dev that still thinks it’s 1994 and FMV is still all the rage.

and even then it wont beat EVE’s economy.

Sorry I’ve been super busy lately and haven’t been able to watch most of that.

What I did gleam from it was that while dynamic and pretty sophisticated, it still is very AI driven. Would that be a correct?