There is nothing I can say that will magically make things better. But, perhaps I can give someone hope.

I was suicidal towards the end of my addiction. Made a plan, obtained the means, and fully intended to do so… only to be surprised when I woke up in the morning. Ultimately, the thought that saved my life was, “I might as well give sobriety a shot. After all, I can always kill myself later.”

Not to say that my path was easy, but the answer is so clear in retrospect, it boggles my mind that it was ever something that I debated. I mean, I was literally debating between killing myself outright, killing myself a la Leaving Las Vegas, and no longer poisoning my mind and body while destroying everything in my life that I cared about… and somehow, between those three options, I managed to pick suicide on more than one occasion. Fortunately for me, I was such a ■■■■ up, I couldn’t even do that right.

I guess I picked suicide because not only did I feel like I wasn’t possible for me to turn things around, but also because I felt like I didn’t deserve anything better.

I know it’s really easy to sit here on the other side, and tell people that if there is hope for me, then there is hope for them. But it’s true. It doesn’t matter how hopeless you think you are, or how much you hate yourself, I promise you that there are others who have walked in your shoes, and who did manage to turn things around.

I’m not a mental health expert, so I don’t know what to say to the non-scumbags out there, but for the alcoholics and addicts, the solution is simple -work a program of recovery. It won’t magically make everything better overnight, but things can and will get better over time.

Broadcast for Reps is a suicide support group made by Eve online players.

I’m not here to condemn anyone for their believes, promote agendas, or win arguments. I created this thread on the off chance that it might help someone who needed help. And, I’d prefer not to do anything that might undermine that goal.

So, I’ve been sitting here thinking about if I should say anything, and what it should be… and I’m kind of at a loss. Of course, I most certainly have opinions when it comes to religion, but I just don’t know what’s the best way to respond to what’s been going on in this thread. I don’t want this to devolve into arguments, or to be upsetting to anyone who might be in need of support right now. But, people are continuing to post, so I don’t exactly have the luxury to think about this for as long as like. So, here goes…

To anyone who might be angry at Ursula, please give her the benefit of the doubt. I do not know why she posted what she did, but it’s quite possible that she did it for an understandable reason (i.e. she knows someone who committed suicide, cared about them, and is now upset by the thought that they might be in hell because of their actions). So, let’s not be too hasty in our condemnations of others.

To Ursula, if this is something that would help you to talk about, we can discuss it here, or elsewhere, if that would make you feel more comfortable.

@Shipwreck_Jones
Now that’s what I call an answer!
Thank you!

And yes. I just asked a question of you about what you posted on suicide because I was taught things about it that confuse me and cause me pain.
It’s about my mother. She left me suddenly when I was too young to understand and I never understood how someone can do that to themselves.
I was taught that taking one’s life is tantamount to spitting in the creator’s face and then eternal damnation blah blah… and it doesn’t sit well with me.
I thought you, Shipwreck, having gone through that, may have some answers or insights about it because I myself cannot imagine ever doing something like that. I love Life too much to even think about it but it’s been bothering me for a long time and I don’t think I can ever get over the fact that she just decided to be absent for my whole life. The idea is beyond my comprehension.

I’m not “religious”. I think Religion is one of the worst thing ever to happen to human kind. But I’m not so dense and closed-minded as to think that there is nothing after death. My mom is out there somewhere and I just hope she knows me… or her soul has been destroyed and there is no way I’ll ever know her… just too painful to think about yet I do because I have no choice but hope.

Thank you, Shipwreck, for your understanding.

I apologize if anyone got upset. It’s not my intention.
I know this subject is touchy. It’s upsetting to me too yet it is a reality we have to confront.
I’m sorry.

@Shipwreck_Jones You may message me in-game I may do that, too if it’s ok.
I think it’s enough on this thread.
Your OP is more important.

This is important too. But, I’ll message you in-game.

I think suicide should be nerfed so people find a better solution and be able to live a happy life instead.

Sorry I got mad at you. I have a very dim view of the abrahamic God in general, and I assumed the worst.

So, I’ve been sitting here thinking about if I should say anything, and what it should be… and I’m kind of at a loss.

When I’d completed watching 13 Reasons Why recently, it had really struck a chord with issues I’ve myself faced. I’ve been several of the characters in it. I’ve never felt suicidal…but there are things kept locked away for decades that I never discuss even with friends and family. Some things are hard to discuss…and it’s easier just to let time slip past.

Sorry I got mad at you. I have a very dim view of the abrahamic God in general, and I assumed the worst

No, it’s me who apologizes to you. I realize that my question to Shipwreck was badly formulated. I focused on myself instead of thinking about those who may read it and for that I deserved every bit of your ire.

I also want to apologize to @Destiny_Corrupted for what I posted yesterday. It was all kinds of wrong and not deserved and I feel bad about it.
I have no excuse so I’m not going to come up with a lame one.
I hope you forgive me, DC. I really feel bad about that. 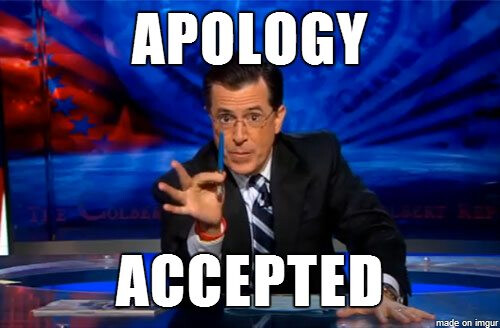 It’s complicated, one reason no one talks about is that who is really suffering probably lost their capacity for long talks, long posts, long searches on the internet…

People who are really suffering need to be rescued and people who have broken families or the family is broke appart will have to count on real friends. Those people who would have to rescue the person could also be caught in their own things.

Can we phisically rescue people from their life/own entrapments?
It would be really cool if we could do that, because I don’t think that just chatting will save the ones who really have real difficult problems.

I don’t believe we can say a few good things and save the ones who really need help, some people need a fresh start in their lives just to keep them going.