Tell us about your flagship 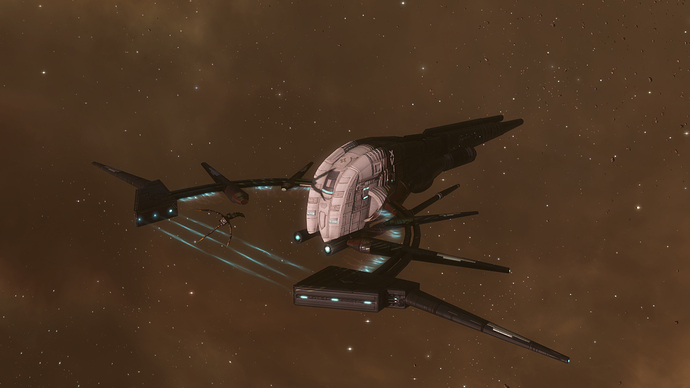 ● Name: ODRS Recovery Dawn
● Nickname: Dawny
● Class: Midrange Recovery Ship (Sunesis Class Destroyer)
● Age: Unknown
● Homedock: None, berths at Trade Hubs and stations located near battlefields.
● Builder: Society of Conscious Thought
● Status: Active
● Souls on board: Volunteers, 20+
● Purpose: Drone Recovery
● Reasons for flagship designation: While not the largest ship in the ODRS fleet, she was the first, and has become the workhorse and symbol of Ouperia Drone Recovery.
● Favorite moments: The battle of Raravoss. While fighting for the glory of Triglav we took notice of the plight of the abandoned drones. Dawny was brought in and rescued over 300 drones from the void of space. By the time the battle was over, Dawny proudly transported all rescued drones out of the system to be given new homes.

Welp. Strzyga has been blooded.

Wasn’t sure this was gonna happen, so… felt it was worth noting.

I don’t pay much attention to hostile fleets when I’m flying my Scimitar, but that was something that I probably should have noticed rather than simply observing the expected fleet of carriers jumping in. It’s not a ship that I see particularly often.

● Full name of the flagship: Reckoning
● Nickname: none
● Class: Praxis model battleship
● Age: Unknown/multiple incarnations
● Homedock: Nomadic
● Builder: SoCT
● Status: destroyed, purchased anew, several iterations
● Souls on board: unknown
● Purpose: anti-Triglavian warship
● Reasons for flagship designation: Thus far the most effective warship I’ve used
● Favorite moments: Evacuations at Aldik and Gammel. Capsuleer forces were either pinned down in stations or unable to retrieve their warships after Triglavian forces constructed weapon emplacements around these systems.
Pulling together a scattered few of EDI forces into something resembling an organized fleet, jumping through and gritting my teeth in anticipation, the exhilaration of locking and destroying one after another of the enemy forces without pause during the long minutes of evacuation until the enemy ceased reinforcing their initial fleet.
The sobering moment of knowing my ship was the best tanked ship and making the decision to warp on top of the enemy’s brutal weapon emplacement. The almost unbelievable moment when I realized it was trying to shoot the rest of my fleet out of its range while I was right next to it. The ensuing point-blank hammering my fleet issued as our salvager hung back to finish cleaning up and keep its attention.
Though I’ve since lost that ship to a miscalculation, I went back to another, and this line of ships will continue on as my most trusted vessel.

Yeah, it’s kind of hilarious that the SuperBhaalgorn shows as a fax, but it’s a fair bit more distinctive than the Chemosh.

As powerful as Reckoning has been, there are situations where it’s simply impractical. Recently, I’ve grown fond of this particular ship.
● Full name of the flagship: Any Star a Home
● Class: Stratios cruiser
● Age: a few days
● Homedock: Nomadic
● Builder: purchased at Jita market
● Status: Active
● Souls on board: standard complement
● Purpose: Infiltrating hostile territory, probe reconnaissance, long-range drone deployment
● Reasons for flagship designation: Exceptional performance in Keba, exceeding my expectations of a cruiser-sized ship
● Favorite moments: Slipping through nullsec under covops cloak, watching gatecamps sit unawares as I pass by. Utilizing the expansive drone bay to bring full wings of repair drones of each type, repairing Navy vessels while Triglavian beams glance off the shields, bringing a Navy battlecruiser back to full strength after it had survived several engagements and been worn down to less than half its structure remaining.

● Full ship name: Crenelation
● Nickname:
● Class: Minmatar Battleship, Maelstrom Class
● Age: Few Weeks
● Homedock:
● Builder:
● Status: In service.
● Souls on board: The Unseen
● Purpose: Triglavian Invasion EDENCOM defense ship.
● Reasons for flagship designation: Like a castle of old Earth, when men stood on the walls defending their lands, their family, their faith and fealty, Crenelation rose before them as ramparts before the horde.

Battle Banner of the Crenelation taken from an artifact found in space-time, amongst the Unseen Light of Creation. 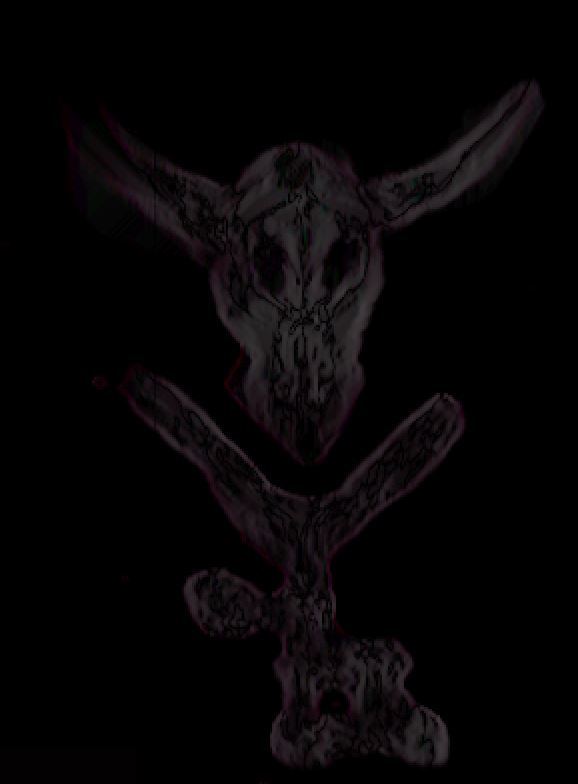 I only realized I hadn’t listed this one after it exploded today… oops.

● Full name of the flagship: Solidarity
● Nickname: Sol, the caravan
● Class: Orca industrial command ship
● Age: unknown, owned for a few weeks
● Homedock: N/A
● Builder: Unknown
● Status: In service
● Souls on board: Standard complement, plus 50 marines, 20 militants, 4 scientists, and ten Raravoss refugees
● Purpose: Enabling my nomadic lifestyle
● Reasons for flagship designation: new home, previous flagships retired
● Favorite moments:
Typically, a favorite moment is one in the heat of battle, or triumphant survival. Sol doesn’t get those moments, although she could serve as a shield logi boat in a pinch. No, I daresay my favorite moments are when I settle back into her command, or dock her at a station and join my stray friends in the hold.
One thing’s for certain, living in an Orca is a far sight better than living out the back of a Tayra.

Ever since we lost our capital fleet a few years back my Orca, the Axia Narwhal’s Tusk, has served as a flagship in the sense of its hosting many other useful ships for wormhole life. It cloaks and can scan in its own right, and has reinforced bulkheads and thick shields. Drones and electronic trickery serves for further defense. It holds a Viator, Cheetah, Stiletto, Astero, Confessor, Venture, Purifier, Heretic, and Leopard. It is crewed by at least 2,100 crewmen in quiet times, but can hold at least ten thousand people comfortably if it sacrifices its internal armories and loot stores. It is based in Phoenix Station in Origin (J120442) and has a sister ship in high-security space in the Axia Yggdrasil Umbra. These are primed to act as mobile bases (“suitcase Orca”) and colonial seeders. 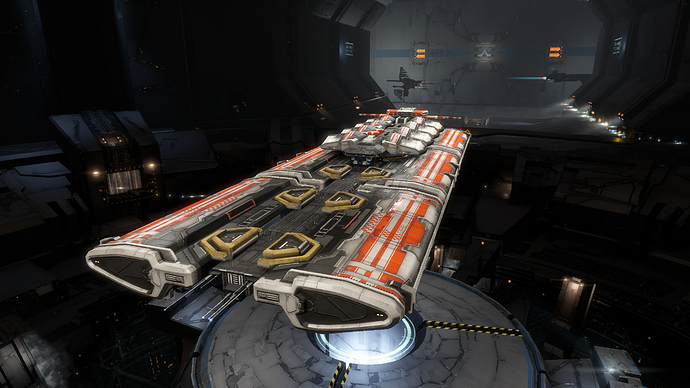 Looks like you missed out on exactly what that thing is best at doing.

Heh. No, I didn’t. Feel free to ask Piggles how he likes his Muninn fleet’s boosters losing their prop and tank at 100+km

Or how he likes it happening to his Monitor, for that matter.

Those Apostles looked like they wanted to be Dagons, though.

Can you blame them?

● Full name of the flagship: Lazarus

● Nickname: None, although his previous name was Prometheus

● Homedock: Wherever the Ministry of Internal Order or Her Majesty deploys me

● Builder: Originally christened Prometheus, he was built by, ironically, The Lazarus Initiative, an R&D group where a caldari academy exchange friend of mine produces high tech systems and ships for The Infernus Clan. The Patriarch commissioned four to be built in the likeness of his own, and once my sisters and I came of age we were gifted a Paladin each.

● Souls on board: The quartet of Paladin’s built for the Infernus Clan by The Lazarus Initiative were designed with the purpose of a highly skilled and minimal crew compliment, allowing space otherwise used for the redundant crew members found in the less cramped standard Apocalypse hull to be utilized for crew member families.
In total there are
277 crew (gunnery, engineering, science, operations)
65 technicians
58 staff (general cleaning, cooking, childminding, entertainment)
There is space for 600 individuals to live comfortably, with the Patriarchs suite is always free for my father or one of my two brothers, my own personal quarters which exceed those I find in stations (although lately I find myself in my pod more often than not), and three guest quarters for dignitaries, friends, or my sisters.

● Purpose: Classified Ministry of Internal Order affairs, occasionally as part of a diplomatic envoy and a show of the wealth and power of the Infernus Clan by assisting local groups.

● Reasons for flagship designation: As a female in the Infernus Clan it is my responsibility to take a frontline role in combat. The Paladin is the traditional flagship for all aspiring matriarchs. It is the ship I execute all of my official and familial duties in.

● Favorite moments: He was built and christened as Prometheus, however, due to a faulty interlink between my pod and the ships interface, I lost control and my senses completely for fifteen minutes. When I came to, I was in my escape Retribution and warped in on nothing but escape pods from Prometheus.

Needless to say on its apparent destruction I was nervous the patriarch would perhaps remove me from the Clan, so I bought a standard Paladin and had it retrofitted to emulate the pattern he had designed. It was never quite the same. I had to name this one Prometheus and it served its purpose well for as long as I needed it to. 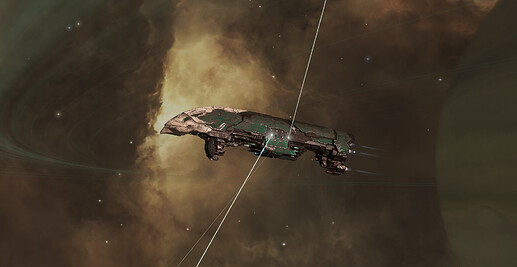 Lazarus1920×996 204 KB
When I returned to my operations station, I was approached by one of my sisters who unveiled the original Prometheus to me, saying a metaliminal storm had caused the initial issue, and she found the ship running on automation, almost as if powered by a ghost. I renamed him Lazarus in honour of his inability to die, along with the initiative that built him.
3 Likes
Arrendis (Arrendis) February 18, 2021, 9:38am #161

For the record, now that we’ve had more experience with those metaliminal storms, they can all go suck an egg.

● Full name of the flagship : The Incubator
● Nickname : Pillowtalk
● Class : Thorax Class Cruiser
● Age : 20y of Service
● Homedock : Confidential
● Builder : Ramranch Naval Shipyard Dodixie
● Status (in service, destroyed…) : Undergoing Maintenance in dry dock.
● Souls on board (crew, janitors…) : Multiple Millions counting Seed Banks.
● Purpose (combat, diplomacy…) : Combat Colonizer
● Reasons for flagship designation : None
● Favorite moments : When I as the Captain walked into a bar and tried to explain to a lady how my blasterboat may have a very short range but can still perfom admirably. We are married now. 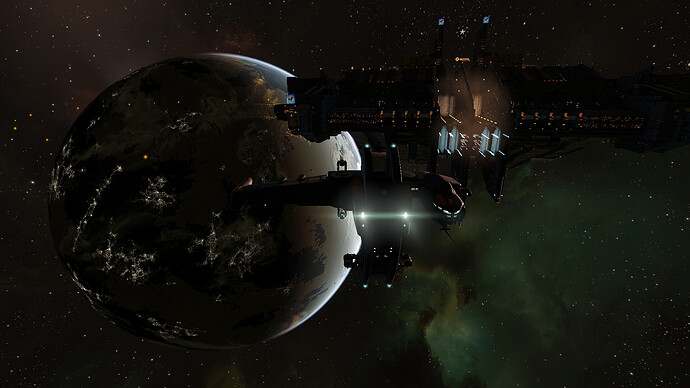 Misers Fancy II, is a Velator class corvette; she is the second ship of that name. Her predecessor was lost shortly after launch due to terminal stupidity on my part. The current incarnation has been in service for over eleven years, and I am very protective of her. Though she underwent a significant remodel several years ago, she is still at her core the same ship. There is no crew, only myself and a few drones. I consider her home as I live in her when away from Caille. Being a humble trader, I don’t require such extravagances as a ‘Flagship.’ Currently, her home station is Stacmon VII - Moon 1 - Impro Factory, though I spend most of my time elsewhere. 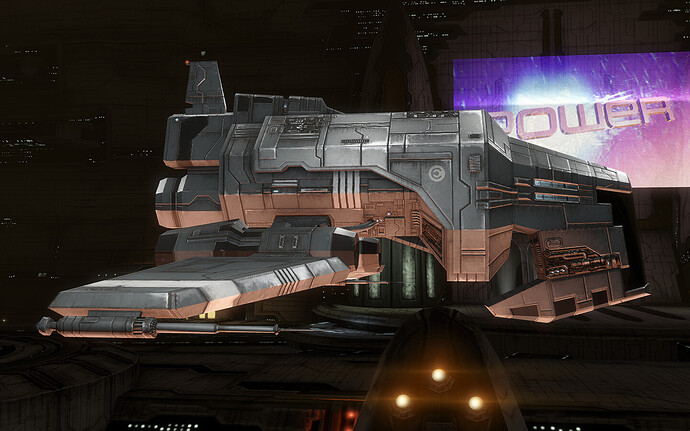 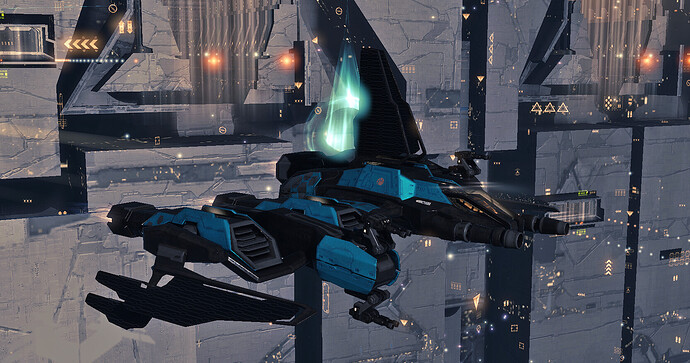 ● Name: Madness
● Class: Reaper-class corvette
● Age: usually about 5 minutes old when it undocks
● Homedock: 1DQ1-A 1-st Imperial Palace
● Builder: Upwell automated ‘gimme a damned corvette’ systems.
● Status: Often exploding, kinda immortal.
● Souls on board: Me.
● Purpose: Havin’ a damn good time.
● Reasons for flagship designation: Why not?
● Favorite moments: Every so often we decide we’re just gonna mess w/PAPI, so we fill up a fleet full of corvettes, some fitted up with real guns, some not, and go next door to see if they have the balls to fight us with a similar fleet. So far, they’ve been amazingly brave, fighting corvettes with HACs, T3Ds, HAW dreads…