Tell us about your flagship

My nomination for flagship is one I am not allowed to fly, a privilege reserved by my sister. Nonetheless, she was paid for out of my winnings in the YC 121 New Eden Capsuleer Writing Contest and is named after the story responsible, so I feel a strong personal connection to her.

The Clay Maiden served as a key catalyst for the early development of the Intaki-Business Logistics Union and continues to be the primary platform used by many Union members moving materials, goods and people to and from JQV5-9. I am proud of the constructive use made of the financial windfall from NECWC (which would not have been possible without the extraordinary generosity of the contest sponsors and organisers) and wish this year’s entrants the very best of luck. 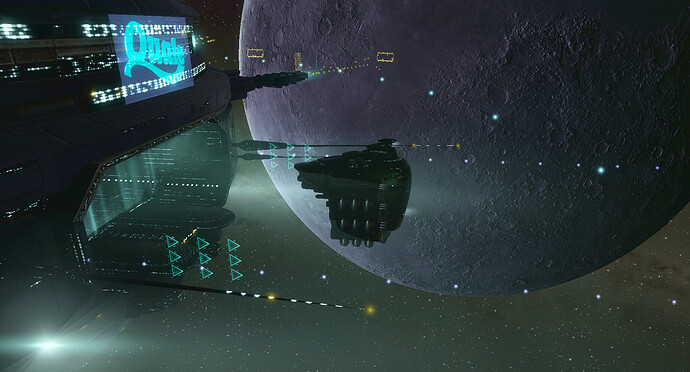 ● Nickname: Poison Pill, for reasons that will become obvious

● Favorite moments: During a recon contract in Stain for [redacted], I decided to take a quick detour to see the pool of radiance from 6QBH. A hostile capsuleer managed to tackle me in a Sabre. Unfortunately for the hostile, I was not only able to disengage but also destroy their sabre and force two hostile interceptors into a full retreat.

I want a ship with a huge wobbly sausage on top.

Too bad I didn’t manage to take a picture, so here’s a generic one: 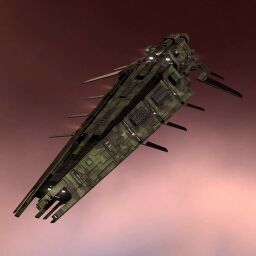 ● Full name of the flagship: Shadow of FLK
● Nickname: none
● Class Hurricane Fleet Issue Combat Battlecruiser
● Age 4,5 years
● Homedock Dal I - Tribal Liberation Force Logistic Support
● Builder I don’t remember - probably built at the same station
● Status Destroyed
● Souls on board 900. 50 evacuated, 640 killed by hull penetration, in the explosion or by following decompression, 180 killed by pirates salvaging the debris, 30 captured by pirates
● Purpose Large scale combat, mostly - assaulting systems
● Reasons for flagship designation This is the ship I was commanding in Gebuladi the day Factional Warfare zone was entirely conquered by Minmatar for the first time
● Favorite moments The moment above, obviously, and her last moments - successful assault on Eszur 7 months ago, before she was destroyed by a pirate fleet.

● Full name of the flagship: Galahad

● Souls on board: 15,000 Active Crewman, Plus Warclone Compliment in Storage

● Reasons for flagship designation: Surpasses Carrier Glatisant and Warbarge Fisher King II in Tonnage (Though strategically cannot be deployed as easily without escalation as Fisher King.)

● Favorite moments: Discovery, haggling down salvage price with Svarog station administration, evicting local teenages, squatters, and crust punks from the hull. Gods and spirits willing, that’s as exciting as the ship will ever be and it will never have to be used. 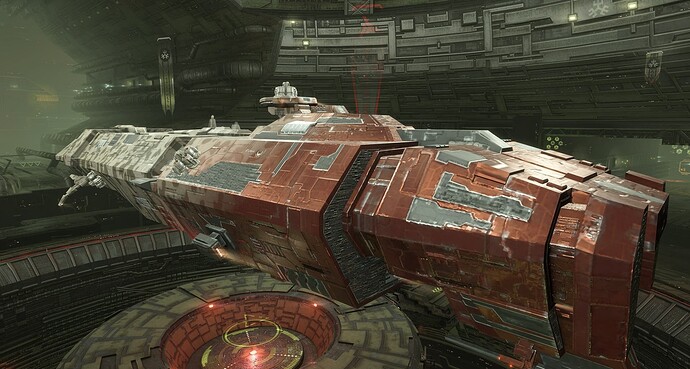 Tsk. Really should have put that in here. Aria might yell at you.

I just skilled into the heavy interdiction cruiser the devoter and i think this will be my new fav ship soon. 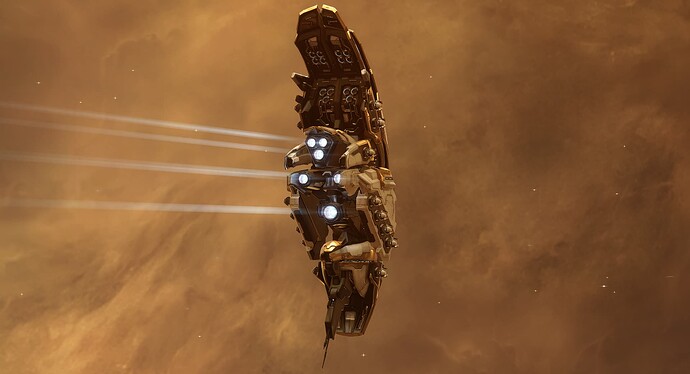 ● The Spirit of Assiettes.
● The big, beautiful girl.
● Orca.
● 1 year-ish.
● Assiettes - NADSC Field Office.
● Outer Ring Excavations and Deep Core Mining Inc.
● In service.
● Souls on board: Varies greatly, depending on role, mission, loadout and destination. About 100 full-time assigned, plus additional crew hired on temporarily as needed for mission.
● Gathering and moving resources.
● It’s the ship I bought entirely with my own ISK, outfitted slowly with hard work over multiple months, and enjoy the most time in.
● One time it was used to steal a bunch of captured Gallente ships back from an Amarr dock where I was delivering a shipment of rock. Crime of opportunity for the good guys, but when ships just accidently fall into my maintenance bay, is it really theft?

And another time I had these two lovely ladies on board and we were up in my captain’s cabin with the gravity generator turned down and…uh, I’ll stop there to protect the innocent. 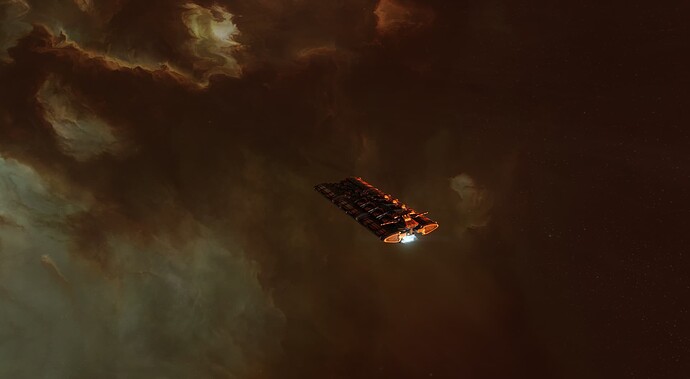