The End Boss of Highsec!

I’ve mentioned him in the RP forum, where some capsuleer asked about the people’s personal heros. I think it was about lore/NPC people, but wtf, they’re not even real!

Good man. Really, really good. Did you know, Cannibal Kane never used a fitting tool. He used the in game tool only. And the best part about this, is that it sounds like a Chuck Norris joke…

I once saw Kane Kill off a heated (and ugly) ganking thread with his hair.

I’d honestly like to see this, to an extent, but mostly in sov null and j-space.

In my mind, especially with CCP wanting sovnull space to be “mostly self sufficient” it makes perfect sense that your mining fleets should require an overwatch. “Self sufficiency” includes security.

The way I picture it NPCs would escalate based on both ADMs and what was mining in the belts… basically with a maxed out ADM and a dozen Rorqs in the belt, you’d be needing a capital fleet to maintain overwatch as the NPCs would be spawning a mixed-doctrine ranging from frigates to capital ships.

i do like the idea of a more populated space and it would be interesting to have npc cap fleets one can act as support for like in the new npe just going against pc fleets.
more influence of standing is a good still faction wise they are a bit of from freelancer lacking the thukkers as something akin to junkers.

169 others have this badge!

@Old_Pervert i guess it makes sense to have this everywhere, and tying it to activity just feels natural. In the end are nullsec capsuleers a problem for pirate factions out there, and afk gameplay needs to be punished not just in highsec.

Definitely it should be everywhere. I’d see it scale, such that:

When you have a group of people destroying one ship with 1000 goods, it is not the same as if that group destroyed one thousand ships with one good each. The latter is preferrable. By far.

You are basing this on the expansion of NPC pirate activity roaming out from FOB’s. Average ships that would not have been selected by suicide gankers were being destroyed recently due to the surprise of the new mechanics. Some pilots experimented with the new AI’s, and found them more formidable than belt rats, others lost ships probably on autopilot. As players adjust to the idea of NPC attackers on every gate, they probably will autopilot less and become prepared - as you say. Travelers stop getting destroyed as they adjust to the new mechanics.

Trying to keep the focus on NPC actions, or this becomes another ganker thread.

I can remember seeing NPC traders and their little security escorts going from station to station back in the day, I haven’t seen them in ages so I assume they were removed for some reason.

I always thought it would be nice to have more NPC traffic to liven space up a bit, especially if those NPCs could be attacked without getting blapped by CONCORD.

I can recall something happened in WoW. Back in WoD patch Blizzard thought pushing people toward taking more challenges, like making raids difficult, not giving pickup raid (the easiest tier available to noobs) set items (that was reverted in Legion), is good for the game. They thought even if those who doesn’t like it quit, there will still be other better people fill in their place. And the sub count dropped sharply in WoD to the degree that they started saying “Our policy for almost a year now is that we do not talk about subscriber numbers and Tom did not do that with this publication.” 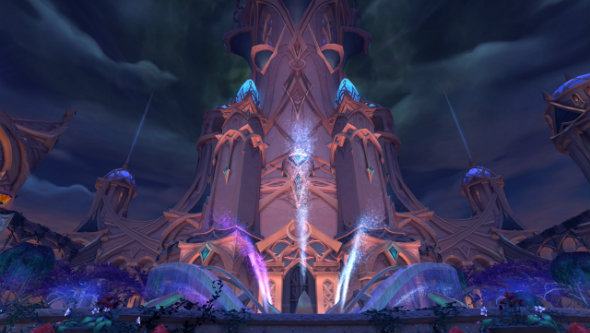 Update October 5, 2016: Whoops. Blizzard have clarified to multiple outlets that Tom Chilton's statement to Polish magazine PIXEL about WoW subscriber counts was a misquote or mistranslation.Perhaps unsurprisingly, after saying they would not be...

Now I can’t even find in google a graph containing sub count for Legion.

I know that EVE is more focused on the elite than WoW, but I still doubt the major playerbase will accept the change rather than just quit.

CCP does this, because they plan on further nerfing criminal activity in a vigilant society, with the eventual end goal of relying on the NPCs as “danger”, ignoring their own marketing and selling points.

CCP does this, because cooperating, vigilant people are not afraid of suicide gankers and war deccers, and instead will be ready to fight back if need arises.

The scary part is that neither is actually all that impossible. I made a post along these lines back when NPC mining fleets came in. I appreciate they were an effort to teach miners about teamwork and introduce new players to the concept of fleeting up and the greater good. It changed very little on the ground so far but we’ll see maybe PvE is the new PvP. The reality is nothing is likely to happen to make players less safe from players judging by current trends, and I am just not so quick to believe the hype these days. Maybe I am a bitter vet.

as long as this makes system feel more alive and with consequences i dont see the problem with them. right now the impact of capsuleers in any star system is rather low. rats get killed, missions are done, belts are mined. but those activites dont affect the system at all.

speaking of this stuff makes me kinda miss playing X3. mostly because of the whole supply chain around stations, with all those NPC haulers moving around trying to get a profit by hauling and stocking stations to keep production running. EVE is an online game so i can understand why a system like that isnt implemented and all the stations are statically mantained by the empires, keeping capsuleers out of helping to keep the nation’s economy flowing.

the capsuleer economy is basically a thing on its own for that matter. which is kinda sad honestly.

AFAIK Blizzard wasn’t smart enough to gradually change their games so the population can adapt to them. Instead they went all in, with the predictable consequences. That’s not how CCP operates.

I see. The system of WoW patches isn’t for gradual change as well. For every patch there had to be a lot of new contents while trashing/depreciating the old contents, and only thing can be done in the midst of a patch is minor number/mechanic changes. You definitely can’t have a halfway feature Like the transition from POS to Citadel in EVE in WoW.

Thread is proof that ignorance is bliss.

I often wonder what has to be wrong with the brain of someone who is constantly on these forums posting drivel. Every thread. Pages and pages of drivel…

More aggressive NPCs are great and it’s exactly what we asked for, I’m just surprised CCP starts in Highsec rather than Null.

More aggressive NPCs are great and it’s exactly what we asked for, I’m just surprised CCP starts in Highsec rather than Null.

looking at ťhe update and the theme i think either for storytelling more aggressive npcs is easier there or as everething starts in highsec this perhaps also. i may err and there are other reasons.
i for one would like to see a modified freelancer system or something comparable to the op makes that sound like reachable wish.

Agree, nullsec is supposed to be “more dangerous”. It makes sense that CONCORD would wipe out pirates in HS, and that they’d be thinned out by gate guns in LS.

The wild untamed beyond on the other hand, is where pirates would flourish.

I suspect the reason they started in HS is because HS is boring AF and there’s nothing else to do there.

169 others have this badge!

Do you also have this one? https://forums.eveonline.com/badges/46/aficionado

I know what you mean YP’s drivel is relentless.