The game is NOW SO SLOW

I’ll try that to. The GPU is running at nearly 100% now after the updates

Disable DirectX 12 in the launcher settings

DX12 killed my framerate too. I went back to DX11 immediately.

it is just to slow to play.

Slow for you, choppy and sluggish for me. It skips and jumps like a drunkard at 3am.

Also I have way to many mouse clicks missed

Yes. Sometimes it’s so bad that 2 out 3 mouseclicks do not register

In your launcher, toggle the Enable Hardware Rendering and see which mode works better. Also try turning off the DX12 client and using DX11.

Some people have used video card managers to limit the FPS of various windows because apparently the current version will in some cases run max frames on all instances.

Look in the Issues and Workarounds forum for graphics related posts like:

Hi Let me preface this by saying I do not use the DX12 client, it is in a really bad state, it causes constant and consistent issues for me, and I really do not think it is a good idea to have everyone’s client defaulting to that, as some newbro is going to come along, see the state of the DX12 client, and never play the game again. On to my issue… Ever since the DX12 patch I have had poor performance whilst multiboxing, especially when I do things like conduit jumping a fleet of ships to anot…

You mind sharing your PC/Laptop stats?

Show us how much resources EVE uses via task manager. If your confrontable with that

Because I play EVE on a gaming laptop (can’t get a desktop because of RL) I bought during the pandemic I use it for games/online college now and it has held up really nicely.

Runs every game I throw at it couldn’t be happier with my purchase. More than enough RAM, Gotta have that 1TB of SSD and I like the RTX 2070. (Yes I am well aware there are better models with better stuff way cheaper)

Anyways my EVE single client runs fine! Anything I experience is server-side stuff with CCP. The ONLY issue I suffer overheat is when I do abyssal deadspace. It has to be the HUGE rooms and very very detailed graphics in the backgrounds.

Honestly, I think any slow responses is the servers myself. (I am on DX11 my laptop freaked out when it was set on DX 12)

Thanks that looks very useful

so try to connect ur two brain cells

I enjoy the pace of mining as it calms my anxiety where and when I had undocked an alt to go shoot something other than a rock.

But do the rocks like you? Being shot at, being drilled into and burned into nothingness upon being depleted of ore content must be a traumatic and painful experience. Maybe you should think of the rocks too not just your selfish desires of exploiting them.

Talking to them would be weird don’t ya think?

Well can’t see much difference compared to talking to other players in local.

Now that is so wrong on so many fronts.

/side note, could also speed things up a tad… 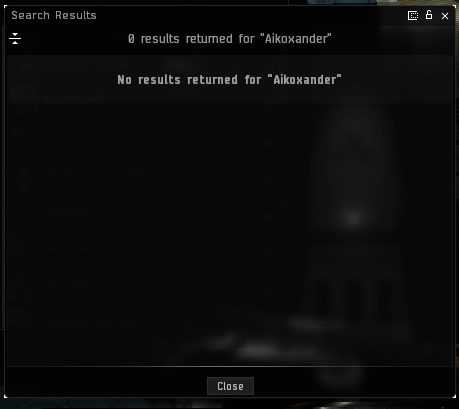 You know this common saying - " they act sloow cuz they think sloow"?

not the only one buddy. The game is slow, the wait times are longer its all like its more of a time sink than anything else…

uPgRAde YoUr Pc. LOL eve is slower with 200 people in fleet than most AAA+ on max settings. Something fucky happend it was not like this before.