So a cake day then.

Home early. This skunk is gonna get it. Living under my porch is not an option.

I tried to EVE on a small PC :

Got EVE Online installed on my BRIX

Shouldnt it work better with such configuration? Is Intel such a bad graphics?

Anyway, Making another poster and finished working on rendering the most detailed sugar cube in the world in the Blender, and it will be a fine addition to “Black Hole” synthetic coffee:Taste that sucks you in!

Arrrghh, damned Civilization! How can be SO late?

Also: This could belong both to daily WTF and Caturday. Yet I’ll just drop it here.

Nice, so I’m playing warships and got my Baltimore deleted by those ridiculous AP bombs they just put into the game despite even having defensive fire running and all that good stuff.

I’ve wrote off the Scharnhorst for the time being due to it getting dev-striked by AP bombers so easily. Back to RN Cruisers, USN BBs and various destroyers I guess or just play low tier. 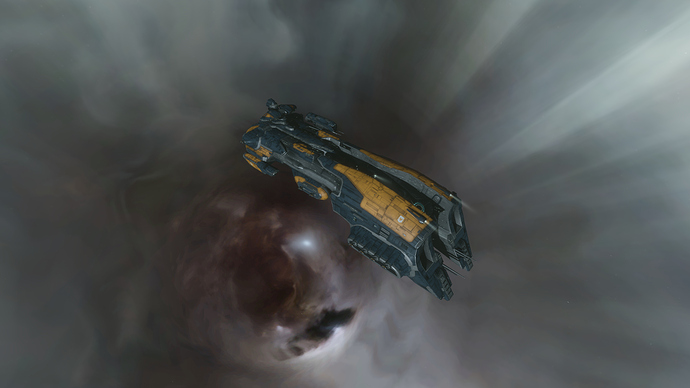 And I am back to Blender after few ham sandwiches.

Can’t wait to finally see those in EVE. Give it another year or two and CCP will have implemented them as well.

One of the FIFA developers wrote up a design paper for how they could hook Ultimate Team Mode into microtransactions.

Do you too think, that he got some silly low wage to think about how to make millions of $?

I can see it now.

Sounds like a good money maker in today’s market to me.

If Dr. Seuss Were a Technical Writer…

If a packet hits a pocket on a socket on a port,
And the bus is interrupted as a very last resort,
And the address of the memory makes your floppy disk abort,
Then the socket packet pocket has an error to report!

If your cursor finds a menu item followed by a dash,
And the double-clicking icon puts your window in the trash,
And your data is corrupted 'cause the index doesn’t hash,
then your situation’s hopeless, and your system’s gonna crash!

You can’t say this? What a shame, sir!
We’ll find you another game, sir.

If the label on the cable on the table at your house,
Says the network is connected to the button on your mouse,
But your packets want to tunnel on another protocol,
That’s repeatedly rejected by the printer down the hall,
And your screen is all distorted by the side effects of gauss,
So your icons in the window are as wavy as a souse,
Then you may as well reboot and go out with a bang,
'Cause as sure as I’m a poet, the sucker’s gonna hang!

When the copy of your floppy’s getting sloppy on the disk,
And the microcode instructions cause unnecessary risc,
Then you have to flash your memory and you’ll want to ram your rom.
Quickly turn off the computer and be sure to tell your mom!

Hello again,guys. I’m looking for a corp with my cap ships.