The Truth ist the first causalty of War

[SPOILER] Even if this information is true, it is not accepted as truth. Because it just sounds so unbelievable.

I’ve been apologizing since 2019, as the originator of various things I wrote at the time in a letter of about 34 pages to CCP. In 2 hrs. But contrary to the argument “CCP does not listen to the players”, they do in the letter exact and very accurate.

This also includes not responding to my interruptions. Since I excluded myself in the letter, from any torpedoes that could stop this great plan.

With the statement, they can use the whole free-of-charge, as long as it is implemented, the whole disaster began.

Skillinjectors/extrators. With a pull from the strongbong, this was a thoroughly interesting story at the time, as I wanted to catch up to the players, and give CCP a money generation option .

Likewise the Alpha Omega Program, which was financed with it. What started out good for player numbers ended up being a big brain fart.

Citadels. I’ve played Heroes of Might and Magic, and a Citadel defense has always been part of bringing overpowered opponents to their knees. I thought the same gameplay would be great in EVE. In addition, it bothered me that you had no housing at that time. Then at least citadels.

And with the Triglavians, well, of course, no one wonders why I’m the only one who may lead the locked phrase EDENCOM as an alliance. Where does that come from?

But, also yes, the Triglavians have grown on this crap, at the beginning ne good idea, I am unfortunately towards the end not come to an end and so the Triglavian story is incomplete. I gave CCP 8 characters that should represent the writing, their language, and which is also clearly visible in the videos. Intended as a hacker collective, they should rampage through all of New EDEN. And as a way to take ISK out of the game, which has always been the problem at the time, that players just generate too much ISK.

As the time traveler I portrayed in the fictional letter, I surveyed the situation with Haltless Events. Like for example that at a certain time, the market will reach the magic 3.14 market saturation limit. And a few other things, which I unfortunately do not remember, because this letter was a Fire and Forget letter.

Finally, as the roleplayer that I actually am, I generated some sort of quadrant matrix to finish up with, which I would use to make changes to the game depending on whose position I was in space. To thus generate a kind of dungeon in which one can trigger unpredictable events in EVE.

UNTIL THE POINT I realized that CCP is doing exactly what I postulated at that time, megalomaniac as I was.

Was a crap idea. I will never do it again. And the bad thing is. It should also serve as a reminder that CCP never again listens to what players give so of themselves.

The future is not foreseeable, not predictable - and even the greatest efforts (I was convinced at the time to lead EVE to a Golden Age), turn out to be a flop, because the player, so you do not accept.

For this I apologize again. CCP will hopefully soon reveal the secret, which will lead to me being forced to a permaban, because the players will run amok, because they feel robbed of their playtime.

At the same time, the basic intention was well thought out. Oh, and Jita 4-4 will burn. Bad Trigs.

I regret that I got carried away writing this letter at the time, it was written for a joyous occasion and I wanted to share all that energy with the world.

But even that was counterproductive, and for the first few years, CCP certainly benefited from it, as you can see from the numbers, but then… Well… came the unexpected. A real “glowhollow”, so to speak.

What you do with the information, or not, I do not care. I know that I wrote this letter, and even your petty attempts to convince me that I did not do this will not convince me.

I stand my ground and apologize for this, for the spear development of the since 2007. My this seriously - and even my miserable attempts in 2019, when I became aware of all this, have not led to convince anyone of the truth.

The truth is out there, and it will find you.

Ehm and yes, the Red Dots, was also some kind of stupid idea (i like that thing but very much), so i included it as first. Because i had to start with ideas… And sometimes, when big brainfarts are going to deploy, there should be inintiated.

Thanks, Your Welcome, I would have gone with brain explode as this whole thread reads like one giant brain fart!

The truth is out there, and it will find you.

Did Mulder really say that?

[SPOILERS] Gosh will they cry when jita 4-4 falls…

a pull from the strongbong

I gotta get me one of those. For a moment I thought you were talking about cider.

Can I get a tl;dr? I only get an hour for lunch.

Why? I don’t have anything there.

The help is out there, but you have to find it.

Gosh will they cry when jita 4-4 falls… 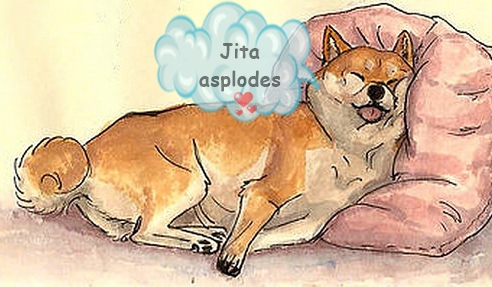 What’s your favorite faction? I like Dungeon the most.

I think some people have just discovered chat bots

i played the faction with angels mostly. but inferno was also fun.

The now famous [Prospektor Schipplock] wants it to be known that the letter in question was written by them and no attempt will convince otherwise that it was not written by them informing everyone that the truth is out there about the changes to EveOnline in 2019 effects their playtime.

You don’t mean a drunk late night dinner table napkin presentation of what might find redemption from some front line content implementation officer at ccp using an alt to create such a thread?

As i wrote that letter, that maybe was from my perspective no BS changes. I had a plan, while i wrote that letter. The Thing is, that the discussion “Listen to the Players” was so old, and old-fashioned that it needs something drastic here, that this ends. I gave CCP a deathtoll argument in that letter, exactly listen to the words i wrote, to proove, that this decision is the worst a gamecompany could do. Sounds irrational at the moment - yes it do. But it was a multidimensional letter.

The letter itself, written in fictional literature - should give CCP the time, they need, to realize their point of vision they had for the game. And for that reason, they should have a comparsion, between “Player Decisions” and “CCP Decisions”. But they needed time for that. And i gave them with all my BS Decisions here that time they need to have.

But from my perspective not all that decisions was too bad. I mean i was not a game designer, i just pointed out, that CCP will need a Matrix of decisions, and Results - how the player adapt - to design a game wich is futureproof.

I am the Boo-man here, and yes, after realizing (which is not happening that fast as you may thought), because i was thinking, that this ■■■■■■■■ never will released, at some point of time (world invasion tour 2018) - i got hooked. And realized, that they will do exactly what i wrote. Which leads to endless stress, because i know what i wrote. And whats happening next. I try to reach CCP, but i outmaneuvred myself, by putting myself out of the calculation. (as i wrote).

Well ■■■■ situation. I am not proud of what i did. But yes thats the truth.