Triglavian pod killing and the paradox of high-sec space

But I do think there needs to be warning on the gate before people jump. If there are active trigs in New Caldari people should be aware and then choose if they want to take the risk.

Anywhere but the EVE universe, high security does mean " very safe" for those who are not enemies of people running the security area.

And while this may not be perfect safety two things are going to happen when an enemy has invaded that space.

Neither of those is hard to understand or controversial.

That the people who are supposed to protect the friendly occupants of a high security area will sit there playing poker while you are violently attacked is too fundamentally insane to be remotely excusable as a mechanic.

Mind you I have made billions off this situation. But I can’t be bought. The whole thing is wrong.

That the people who are supposed to protect the friendly occupants of a high security area will sit there playing poker while you are violently attacked is too fundamentally insane to be remotely excusable as a mechanic.

Alternatively, you are not a friendly occupant and their refusal to protect you is deliberate.

I think the NPCs are the result of PVP nerfs in highsec. CCP nerfed various PVP in highsec because of whiners but still wanted destruction to keep the economy flowing properly. The answer: more destruction by NPC. Now you can’t complain about other players wardecs, neutral logi, can flipping, ganking, etc. Instead NPCs are there taking the jobs players once did and likely CCP gets less complaints about NPCs than other players. Pretty much highsec got what they asked for.

Alternatively, you are not a friendly occupant and their refusal to protect you is deliberate.

In what sense are you using the word “you”?

In what sense are you using the word “you”

In whatever sense you want it to be.

You in the general sense are not a friendly occupant, you are an existential threat to the NPC factions that is barely tolerated because those factions think they can use you for their own purposes.

You in the personal sense are not a friendly occupant because, well, you’re you.

EDI has (AFAIK) information on where the Trigs are.

We are actively maintaining a trig sightings database and tracker yes, it requires people report sightings to us so we can add them to the tracker 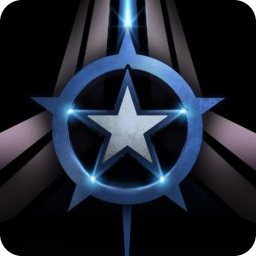 These random Trig fleets and gatecamps are straight up gamebreakingly bad piece of gamedesign.

They are R8 levels of bad in the way they are implemented RN.

See there is such thing as CONSISTENCY OF RULES. As it goes for high-sec its you know the rules: you are safe. Thats pretty simple. You want higher risk/higher reward? You go to lower sec. Now ALL OF A SUDDEN you undock in high sec and WITH NO WARNING WHAT SO EVER you get scrammed.

Do you remember how invasions where? The entire system was weird, the game told you that you are going into invaded space which is risky. Ever tried to undock while at war? Game tells that it is risky. Try to enter low sec? Message pops up, that you entering risky space. Now it doesnt, you just undock or enter the gate only to see a bunch of angry scrambling NPCs, in a high sec, in a space that seemingly has nothing to do with trigs. The rules are inconsistent.

So now ANY TRAVEL IN HIGH SEC is a gamble. Wow so fun. And what is the counterplay for that? Ah, thats easy: omega a scout account. Again kinda wow much skill, so fun.

Im kinda sorry to inform you, but this game has a lot of casual players, a lot of players pay a passive attention to the game, it has a bunch of AFK activities. And thats all actually good. There is literally nothing wrong playing this game only doing PI or production, or doing some mining while watching the movie, trading, etc. Now a lot of those activities are too risky to do for no good reason, with no fun counterplay. It is easier to never login basically.

Do you remember those small trig fleets roaming in high sec? Those were ok. They were dangerous enough so you could not just AFK mine, they could kill your drones if you are not careful, but you could warp off, or if you are brave and crafty you could kill them and get a couple of million worth of loot and salvage. Thats ok, thats fair.

Do you remember how they nerfed HS moons and redistributed ore? That was a good change, because now instead of mining in highsec you could gather a fleet of Ventures and wonder into more dangerous space for higher risk higher reward mining. And Porpoise is not useless anymore! That’s a cool change.

Spamming V button while mining in high sec is kinda dumb. Im sorry. It takes away the chill HS gameplay, while not giving anything new in return.

There are already less engaging, less risky but more profitable activities than high sec mining/production/trade in this game, btw.

See there is such thing as CONSISTENCY OF RULES. As it goes for high-sec its you know the rules: you are safe. Thats pretty simple.

Actually, that’s pretty wrong. There is no rule of being safe in high sec.

However, there is an inconsistency with regards to the power and actions of NPCs in general high sec space. Gate camping NPCs that can destroy even large vessels and will also pod you is insanely inconsistent with nearly two decades of this game.

There is also inconsistency in how they first left a way for people to make double positive standing with Trigs/Edencom, then they fixed it, then reintrodused in Pochven. They want standing to be meaningful? But then screw Edencom side over in Phase 3. They didn’t fix this yet, they made players fix it themselves if they want to keep playing.

I went to Pochven last week and fixed my standings, but it was a meaningless arbitrary action which I felt like I was forced to perform. What next? Your ship will randomly blow up until you visit new monuments? You won’t be able to dock until you finish event site? You’ll lose SP until you build ■■■■ they give away in daily rewards?

They show off Pochven as success while making people dive in to be able to do something as basic as travel.

Drifters and Diamond rats were first NPCs to pod players, you had to aggress them though, they wouldn’t attack you on a whim (unless you carried a corpse). If you attacked and killed them in one system, rats in another system wouldn’t care. Players could interact with NPC in a meaningful way if they wanted to.

Those were the rules. It’s OK if they want to introduce new rules. But if they also let you circumvent them by target painting one rat for one second, I can’t for the life of me make out any meaning.

There is no rule of being safe in high sec.

I didn’t say that. Basically if you know the rules then you are safe in high sec, thats what i meant.

There are pretty defined rules of what you can and cannot do to stay safe in high sec, unless you get suicide ganked. Suicide ganking however costs money to pull off and has another mechanics that make risks reasonably manageable.

Basically the only ways to die to NPC in high sec was and should be when you come to them first, aggress them or leave your ship afk for a long period of time. Scramming NPC gate camps unsurviveable in civilian or basic combat ship pretty much break those rules with no good enough reason making literally all high sec activities and playstyles too risky to be worth doing.

Not to mention new players. Imagine doing SOE epic arc when every gate is basically a low-sec one.

Such a tired and silly argument. If you wanted to pvp you’d find it.

The paradox exists. The starting player is presented with an Elywn forest of sorts. What you “high sec” “pvp” players call content is just a way herd new players down specific paths while ensuring the “harsh” and “punishing” universe is felt most at the bottom of the food chain.

High security space is not safe, it never has been safe and hopefully never will be safe.

The big problem is that players are coming into eve from games that do have ‘safe’ areas and can’t adapt to the concept that nothing in eve is safe.

Random not telegraphed of foreshadowed inescapable dangers that just appeared randomly out of nowhere and do not have good ways to counteract ARE NOT a good type of dangerous of difficult.

Like imagine they add a mechanic that with % chance makes the gate fail and just destroy your ship. Thats what Trig gatecamps are now. Quite literally.

I spent all of yesterday freightering crap in Lonetrek, Forge, etc up from Devoid, around and back down again, over 150 jumps in total and I didnt see a single trig.

They mustve had Easter off then cos they didnt appear where I was told they like to appear all day.

Thats kinda BS we are talking about. Imagine you do 150 high sec jumps, and on 151st one there suddenly with no warning whatsoever a huge NPC fleet appears gatecamping with scrams. Thats called inconsistency of rules, thats bad gamedesign, that isnt fun or engaging.

But what Im saying is Ive been playing pretty consistantly since Invasion, doing hauling in HS and since the Invasion ended I havent seen a Trig attack on a HS gate.

Whatever the random chance is, its smaller than a gank, which Ive evaded numerous times now the highways are settling.

Im not saying I dont believe they exist, but I am saying they are not a threat that keeps me docked up. Ive encountered more diamond rats than Trigs tbh.