This thread are my own impressions and suggestions for the game. I think I am a useful data point for game designers because most people that are not EVE players have a very negative view of the game and its PVP culture.

First 100 posts are people telling me why this initial idea wouldn’t work. After that, I accept permapvp parameters and offer alternative solutions throughout the thread to make EVE PVP less terrible for new players. I think updating the game for modern users is going to happen in a dialogue with existing players, not from CCP fiat.

I hope my thoughts lead to a discussion of how EVE can evolve and look at engaging new fans. I believe that EVE’s best years are ahead of it and I consider sharing my impressions to be a miniscule contribution to that future.

This is a simple idea to get CCP access to a huge new income stream: Pay $25 dollars a month and you ignore all pvp in EVE.

You can’t do damage or even bump any other player ships. They can’t interact with you. You can only engage in trade, PI, PvE, indy.

CCP could be monetizing and creating monetary gatekeeping to avoid what I find the worst part about playing EVE: the playerbase. This isn’t a dig at particular ways of playing the game. I’m saying from my perspective, the pretty game about flying through space is often rudely interrupted by other people who only have fun by hurting others.

The number one thing that ends my engagement with EVE is engaging with the playerbase. Last month, I spent hours hauling water and antibiotics around New Eden. Someone ganked me in LS. Just as I was turning a profit after paying off the industrial, after hours and hours of play hauling consumer goods between NPC, someone blew up my ship. I haven’t played since, I never want to feel the way I felt when I had my nice reverie of trading interrupted. I realize most people have a bad experience like this and never look back. I’m looking bad to say that I miss EVE. I would pay CCP $50 a month to ignore pvp in EVE.

I know a lot of people would. Probably not a lot of people on the self-selecting population that is the forums, but testing this theory would be easy with a simple sentiment survey of Steam reviews or omega cancelations.

They can be making more money by selling CONCORD BADGE NFTs or whatever they want to gate playing EVE cooperatively behind.

I logged 700 hours in the game. I’ve been in LS less than 10 times. I’ve never even seen NS. I never will because involuntary pvp in EVE hurts too much. It’s not fun. I don’t like crying because I just wasted four hours of my life and I hate knowing another person did that to me personally for fun.

I’m an autistic mom. With a few changes, I’d love your game. I am willing to pay you to make the changes that would make me be a returning customer. I’m willing to bet some variation is literally the most requested feature from customers who had high engagement and then hit a wall and never played the game again. (CCP have the data, please tell me I’m wrong.)

I just want to play the game without having hours of my life blown up for another player’s amusement. It hurts too much to play. I promise I won’t get bored. EVE is very complicated and big, I want to see all of it.

If this bothers anyone in the playerbase, you’re not interacting with me right now in game because the thought of having my experience interrupted by PVP keeps me from playing. The thought of interacting with involuntary PVP means I am not in game to gank. From CCP’s perspective, if I pay them $50 and you can’t lock me, it’s a win for them. For PVPers, it’s a wash, because you are never going to interact with me. I will either pay to avoid you or not play the game.

Please allow me to use an allegory: I sell a card game where everyone kicks the loser in the stomach for 90 seconds after each hand, and my card game sells way fewer units than other games with no gut-kicking.

I am writing this because I think the developers are in a feedback loop where they are trying to sell NFTs and Dr. Who to a fanbase that has entirely self-selected around the gut punting. I’m telling them if players could pay to make every other player invisible except in station, I am positing the data supports that it would be good for CCP. Maybe not for the 10,000 logged-in people that truly and deeply love having their tummy stomped and kicking stomachs. I was told by customer support that occasionally devs actually read these forums. I’m just asking them to evaluate the data on my way out.

If getting killed in EVE is supposed to drive away players like me, if the safe space is being in a happy gut kicking zone, that’s fine. In the spirit of communicating, I just want to make sure that’s clear to them…

The thread in general got locked because I think I posted it to the wrong section. I wanted to make sure that my message was at least received.

It was locked, I updated the post. It was locked in the wrong section, possibly because someone called me some unkind names immediately after I posted.

If it was in the wrong section it would/could have been moved to the correct subforum.

I was told this forum was the place to reach out to devs by customer service and that my feedback was valued. I am just trying to be heard.

I like this idea. I have already mostly given up this game, but I am having trouble letting go. A feature like this would help me cross the finish line.

Feedback is valued if it is worthwhile and will help the game. This is neither. It goes against everything eve is.

Hi, I want to be absolutely safe from PvP in a PvP game. OkThxBye

If you want a serious answer:
You are advocating Pay-To-Win.
Everything is done in Eve with the risk of PvP, that what makes doing those things have value.

If you pay your $25 to CCP:
You can mine without risking ganks = Better than any regular miner
You can Haul massive value items in complete safety = Better than any Transporting Corp, who would limit total value on one ship to not be worth ganking. Or who would have to use a protection fleet with their hauler.
You could fly into enemy territory in Zero-Sec and gather intel.
You can setup in a Wormhole without anyone being able to remove you.

I can’t actually believe you wrote that whole essay of a post without any thought to how your idea would simply break the entire game.

Then why not a Carebear server like what I describe? The game is moving in that direction already with instanced content. Claiming this will break the economy is pretty silly, since every single player I have ever met claims CCP already broke the economy in pursuit of casual money. The EVE economy can’t survive without constant intervention on CCP’s part. They have to constantly tweak player behavior with the in-game economy to promote engagement. Because engaged players buy PLEX. If they want money and they are looking for casuals, I’m just waving my stack and hoping the devs will bite. Or that Pearl Abyss will just look at what is mentioned in nearly every single negative review, see posts like mine, and incentivize CCP to make EVE into the game it always could have been as soon as it got over the ridiculous stomach-kicking obsession. 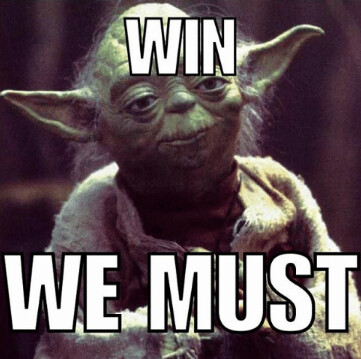 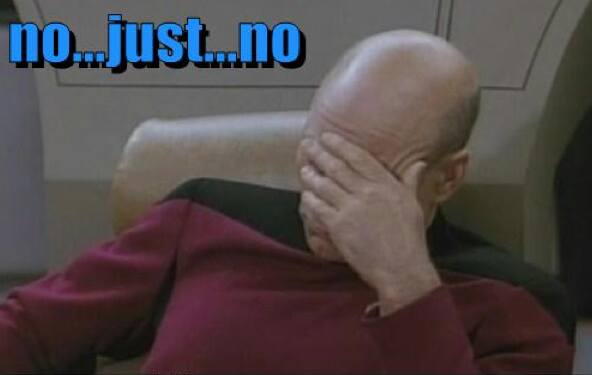 Buy a recon and fit a cloak.

That carebear server is called SiSi, the test server. You dont want pvp go there.

Quit trying to make eve have a 100% safe space because you can’t handle losing your stuff. You don’t like to die? Learn how to avoid it, learn how to defeat gankers, learn how to pvp yourself. Plenty of ways to learn how the game is meant to be played. Trading/hauling is important but so is having the chance to die regardless of where you are in space.

How about auctioning off this badge as an NFT, lifetime immunity badge?

Should fetch a pretty penny like Protonmail lifetime deals.

I want to play the game. Just with no stomach-kicking.

This is a player versus player game. There is always going to be “stomach kicking.”
You can’t handle it then I would recommend finding a different game. Otherwise learn to adapt.

This is a player versus player game

Player vs Player with the added option for in game purchases.

Buying SP/Skins/Omega is not the same as buying an entire separate section of space that allows you to fly around in 100% safety.

I still like the idea of a “zero risk, zero reward” area of space, where the rats only have firework launchers and no bounties, asteroids only reprocess into worthless NaCl minerals, and safety green is enforced on everyone. Since there’s zero reward, anyone who wants to get new ships would have to buy plex to exchange for ISK or venture outside carebearland to get them.

Im the Hostile person right off the RIP.

You need to go back to WoW, or whatever mobile game you came from where you can pay cash for for your 24hr or week long protections.

EvE is not a P2W game in this respect, and if you cant learn to adapt and survive here then i wonder how you do it in RL. unless your a kid, if you are a kid then I am sorry, grow up and come back when your older.

Your idea has no value, so i dont know who told you it did, but that was stupid and bad advice…

STFU and HTFU THIS IS EVE