Something came up while your jump clones were being loaded. Please try again later. Need Extra Fix!

Sound like a good idea but sad - i dont have 2nd PC). So this case cant help in my situation. Strange that from all chars only half with less jump clones works correctly and another half dont work (dont show clones). Reset all of them to default interface will be max pain for me. I think this issues came from this: “Removed Jump Clone Cooldown when swapping clones at NPC stations”. May be something changed in settings or in code. Anyway it is CCP work not my but whole day i cant play game because need jump clones instantly. So will be w8 for answer mate? Hope CCP reaction will be +100 a.e warp speed 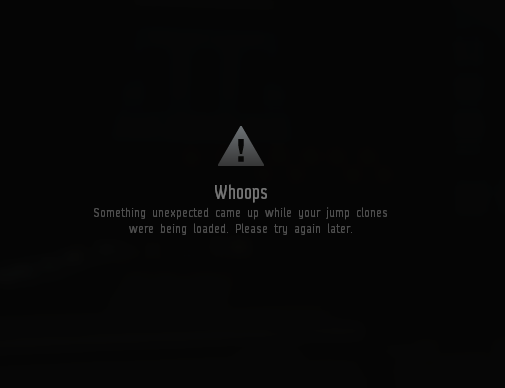 This is happening on my three accounts.

By the way, JCs are not visible in EVE Portal as well:

That’s not how it was earlier (yesterday?) 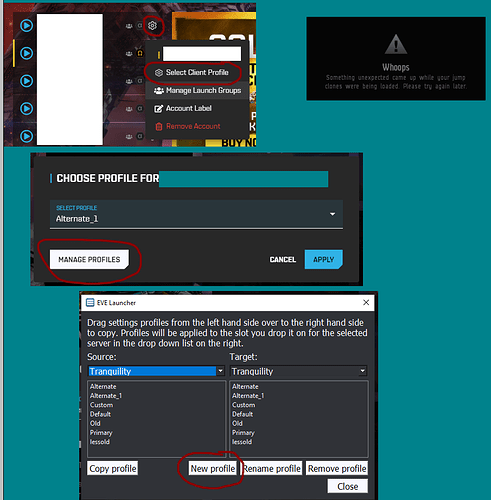 Will this “Temporary fix” change only client profile settings or will reset ingame UI also?

As i told - half from all chars got this problem (with more then 3 JC). See this issue going warm. Hope Devs will check it faster and fix as fast as they can. SP issue worried too but not so critical as this one.

Prior to today’s patch, the remaining skill points to finish training the current skill/level would be displayed in the apply skill points dialog box above the set quantity line.

* Asteroid Belt NPCs were not spawning at the Desolate Asteroid Field, this will be resolved on Wednesday’s downtime.

one job. literally one job. Did this even get a pass from QA or how different is Sisi to main branch?

UPDATE: Upon further investigation, this behavior only exists in the native client, the web client seems to be working fine.