I am Xenuria and I am running as The Triglavian candidate for CSM 16.

For reference here is a picture of me. 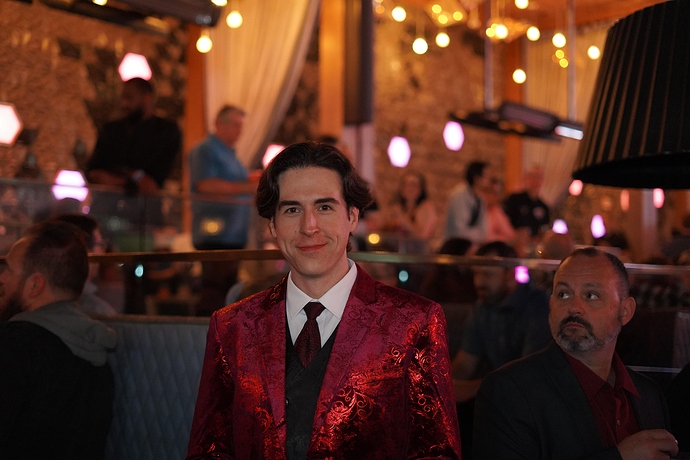 Give players a Trig/Eden epic arc that allows them to learn about what the heckin a PoochVenni is and how to swing it.

Overhaul all Agent Mission content or just delete it from the game already I mean jeez. It’s been on life support for years and I don’t think players are given teachable moments by NPCs that can Neut from 200KM away or frigates that can permajam a fully boosted T3C while kiteing at 5000ms. Seriously look at some of these missions, damn.

Please give players a check mark or indicator than a 1 time only missions like COSMOS or Data Center has been completed by them before, with a timestamp. This will also reduce GM workload because right now they are the only way to determine this.

Oh and standings don’t really make sense unless you spend hours reading the cached wayback captures of ancient long dead wiki articles. The math is there but in practice really strange things can Happun! Pochven is the #1 offender in this… Did you know that ticks can get stuck and instead of hitting every 10 mins they can last… 30… 50… mins because of how tagging works with fleet tag inheritance.

Yes, friends “fleet tag inheritance” is a thing and so far I haven’t seen any wiki articles on that. If you are waiting on a tick for a rat and somebody joins your fleet who has their own tick timer for a rat in that same fleet of rats, you add 10 mins to your timer if that rat is larger in tick value than the tick of the rat the previous fleet comp is waiting on. This isn’t explained anywhere in the game, I had to reverse engineer this myself.

Did I mention standings are kinda dumb? Yea so a battleship gives higher tick value than a dread, but hey that’s ok you can just kill AFK Drifter Raider Battleships for a much higher tick than any edencom ship. Yes, rats go AFK frequently allowing players to farm them RISK FREE.

Triglvaian and Edencom NPCs should RR and offer other forms of assistance to players who have 7.0 or above.

Shuttles should have a warp speed of at least 30AU/s and their warp accel should be at least as fast as a yacht.

Delayed local in Null sec space, with a module that lets capital systems have realtime local.

“I’ll never forget standing in the Harpa lobby, wind and snow and sleet outside, and there’s Xenuria walking in wearing jeans and a tank top” - Manic Velocity

“Xenuria’s videos are some of MrsBrisc’s favorites. The one where he did butt exercises is the best endorsement for EVE Online I’ve ever seen.” - Brisc Rubal

“I was in a fleet with Xenuria once, he said it was good luck to have clothing in the cargo hold, and he gave me some. He clothed me when I was naked.” - badwes

“I stand with xenuria” - Jeronica

And there was me thinking you looked like your eve avatar

For this reason alone I will vote for you.

Didn’t know you have a beard and are that old …

So, a lot of people voted for him because they thought he’d be a disruptive force on the CSM. But if you go through the minutes, it actually looked like he took his job seriously and made meaningful contributions. So, at least from what I can tell, he actually might be a decent CSM. And his previous base seems to agree with me -which I believe is one of the main reasons he’s having difficulty getting reelected. The people who want a serious candidate won’t vote for him because he won’t stop meming, and the anti-CSM crowd won’t vote for him because he will actually be a good CSM representative (well, as far as we can tell from what we do know).

He looks just like a young Robert De Niro. 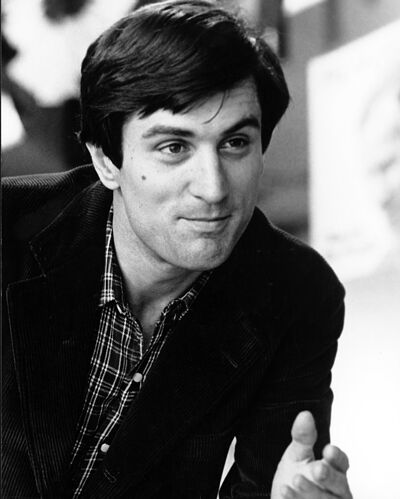 Above is a video demonstrating a specialized form of emergent game-play called O-Logi. This highly skilled and deeply tactical form of warfare involves repairing Triglavian npcs so that Edencom mallcops can’t kill them to clear the site. My good buddy and friend @Maldavius can be seen in this video throwing warm hugs at the Triglavian Battleship.

It seems there are now 2 Triglavian Candidates. Can we hope for a third?

Who would hire someone named Xenuria?

As mentioned elsewhere, you’ve had my vote in the past, and shall get it again

So the very first thing you post is “Hello, I have a history of abusing positions of power for personal gain”?

It’s a bold strategy Cotton, lets see if it pays off for him

There is something wrong with your jacket.

Wasn’t for personal gain, they owed me money and reneged on the agreement. I took what I was owed, nothing more nothing less.

I like how you quoted Ashterothi in your campaign post even though i saw you go nuts in the COE discord.

I have found a way to put Space-Ego aside and build bridges between factions, coalitions and communities.

Funny you say this, because all I’ve seen is the exact opposite.

I like how you quoted Ashterothi in your campaign post even though i saw you go nuts in the COE discord.

Funny you say this, because all I’ve seen is the exact opposite.

I am sorry you feel that way. 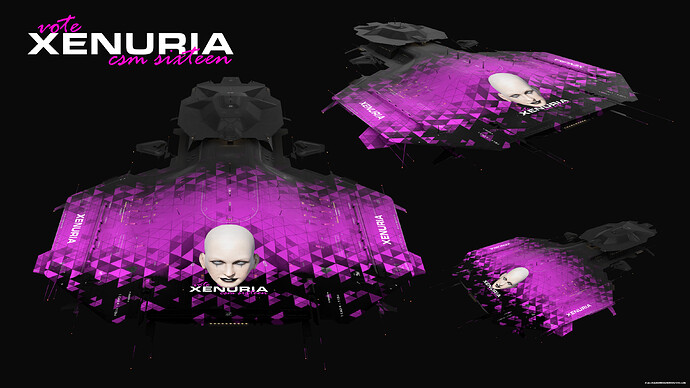 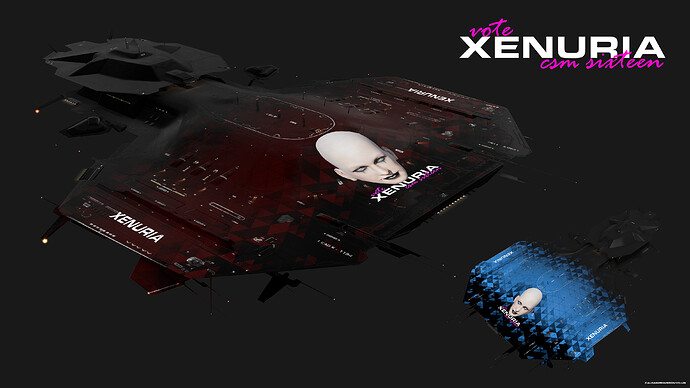 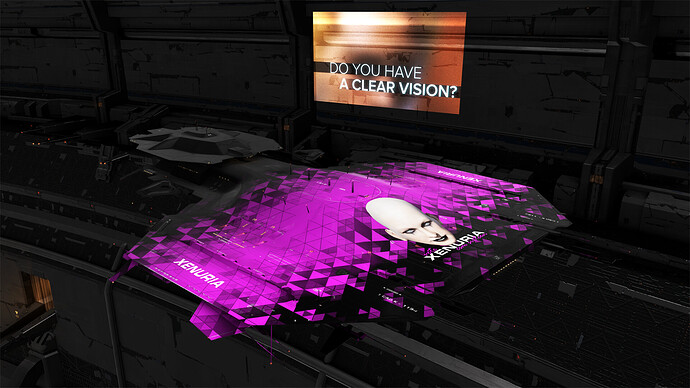 you somehow made the pancake look fun to fly. Amazing…

Skins as an extension of self where a main aspect of my CSM term when I was elected last. I told CCP that player individuality is an under used aspect of their product. That they were “leaving money on the table”, it’s now very normal for new skins to come out with cyberpunk colors. neon pinks and yellows.

Thank you for adding the importance of information regarding the standing increases while running missions. I have posted a detailed forum post that states the same, including all the formulas that take part of that complex system and a request of adding a detail log either in-game or as a log like the combat logs.

For what it’s worth I also think that standings should impact how much you can do with existing services in NPC stations. If you have 7.0 with a corp that owns the station, than your refine rates and industry taxes and job speeds should be better than somebody who has 5.0 or 6.5. Implants and skills should be used to bridge those gaps but a person with high standing should always have an inherent advantage when using the services of a given faction or corporation.

I think that if you are -10 to a faction or a corporation, they should just refuse to talk with you. Maybe even prevent you from docking or add a delay. I think delays for docking request acceptance should take effect if the person trying to dock has horrible standing.

This way the average player isn’t penalized at all while hardcore loyalists and FW players can both benefit and face real consequences for their game-play decisions.

If you have 9.0 with a faction you shouldn’t pay any tax at all, they should just give you max possible yields on everything.

The impact on markets would be huge resulting in decentralized specialty markets built and maintained by/for specific groups of players who can access them affordably. In the same way you can use standings to set tax rates on POCOs, there should be a way for players to benefit on a sliding scale.

My stances may change but this is the rough outline of how I think player choice in high-sec and NPC stations should actually matter.