I have my answer, but I want to know yours -what is Eve Online? What are the core pillars on which it is built? What makes Eve Online, Eve Online?

Answers should be 2 pages, double spaced, and in MLA format. And no, wikipedia does not count as a source.

A device for making money off the psychopathic neckbeards banned from every other MMO they tried to grief.

Social hub for a group of friends and we occasionally do ■■■■.

eve is freedom
you are in a anarchic mad max like world but wen you die is just kids play
you don’t really die
actually you are siting at your computer drinking coffee
SOOOOOOOOOOOOO
what in reality would be a terrible word to live becomes a wonderful world because you can do the ■■■■ you want , have dangerous and exciting experiences and if all comes bad (and most times it will ) , you are not reeealy ■■■■■■
being that way EVE rewards those who can extract fun from non linear experiences , from acting accord to their will , from emergent gameplay and interactions with other crazy space people

How about an honest answer? This isn’t bait, or a trick question -I honestly want to know what people think, including you. I suppose I could infer from your posting history, but I might get it wrong… 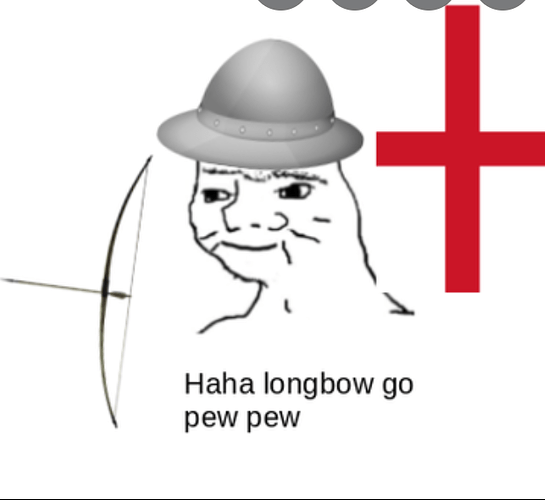 Are you trying to say that the game is becoming too extrinsically focused, or turning into a skinner box?

Are you trying to say that the game is becoming too extrinsically focused, or turning into a skinner box?

Eve is a contradictions.

A game of consequences and permanent loss, but you are immortal and death is meaningless.

A world of complex interconnected systems and simple goals.

An environment where the worst behaviors are encouraged (theft, spying, scamming) but also almost requires teamwork and trust among groups of people.

Eve is unique. That is why I remain, despite the mess CCP tends to make.

I honestly want to know what people think, including you.

Since you chose not to accept my answer, I’m going to say that’s a false statement.

PVE mining and industry are the core of the game

Okay. See, I thought you were a troll, and not an idiot. My mistake.

Edit: Okay, this post was flagged, so time for an earnest response.

This post is not a personal attack because I don’t actually believe he’s an idiot. I believe he’s a troll. He has all but admitted it in the past (no, I’m not going to go searching through years of post to find quotes), and he is constantly saying troll-ish things.

Now, I usually try not to feed the trolls, and I sometimes try to appeal to him man to man, but it hasn’t deterred him. First post, he’s in here saying some ridiculous crap that he’s knows is inflammatory in an attempt to de-rail this thread. I tried asking him for an honest answer, and he refused. So, I decided to try a new strat -to fight back.

Now, if he wants to honestly participate in this discussion, or any other, I will be more than willing to let bygones be bygones. But, if he’s committed to acting like an ass, I’m committed to seeing if fighting back gets better results than ignoring him or trying to talk to him man to man.

It’s this weird fuckin thing that my ancestors could not have comprehended. It serves no purpose yet it is endlessly fascinating. Even though I myself do not understand what possible value it could have, I weirdly do not regret having spent thousands of hours here. No matter how much I think I’m over the game, I always come back, and it’s a happy experience for me almost every time. It’s somehow different and better than every other game.

For me, the core of the game is that I can just undock a ship and just take off looking to see what kind of trouble I can cause and find something in any zone of space that scratches the itch. There’s always something to blow up, something to steal, some way to get the local population riled up like a nest of bees trying to kill me.

The challenge that EVE faces is that the diversity of places with enough local population to find that kind of gameplay keeps getting smaller. Roaming is no longer really viable. I just go where the people are and ■■■■ with them and get 1vX fights, but there are just less and less places where enough people live. But as long as there’s at least 1 place, I can go there and still have fun, so its still an awesome game for me.

See, I thought you were a troll, and not an idiot. My mistake.

I thought you were familiar with the rule against using ad hominems in the EVE-O forums. My mistake.

Only those who have mastered rat logic survive.

No, no. I’m not trying to insult you. I’m trying to apologize for misjudging you all this time. See, I thought you were a troll when, in fact, you were an idiot.

Also, my comment doesn’t qualify as an ad hominem because I’m not attacking you in lieu of attacking the substance of your argument. In fact, I’m not even arguing with you. I’m just trying to apologize. Of course, I don’t blame you for failing to understand this given your cognitive difficulties. So, it’s all water under the bridge. Moreover, I hope this misunderstanding won’t prevent us from being friends moving forward.

No, no. I’m not trying to insult you. I’m trying to apologize for misjudging you all this time. See, I thought you were a troll when, in fact, you were an idiot.

I guess we’ll find out if that’s true or not.

EVE is a simulator, a space simulator, with free market rules and aspects of liberalism.

The idea of immortality is necessary for a video game, but in EVE the amount of freedom leads to the dilema “If God does not exist, then everything is permitted”. That is the strong and weak point of EVE, depending of how you look at it.

Some consider EVE a game, I don’t, I believe games need a level of fairness, and that cannot happen without removing the degree of freedom, maybe considering the new initiatives like abyssal and arena tournaments, well in that light yes.

Summing to this we have the sci-fi aspect, were while something look like ultra tech we still have same old ammunition. Warp drive mechanics and convenient “jump gates”, normalized fighting mechanics, abnormal cheating npcs.

It’s a harsh environment, one may think the next gas or ore is at the reach of his extractor just to discover an unpleasant surprise and lose everything. It’s not easy to deal with since you either grind a lot or inject real money into it. At this light EVE is a gamble, you put money in the hopes you’re going to make your way into it. Some people did, some don’t.

Before talking about paths, we need to start with the mining option, because it’s really not an option, it’s a necessity, for whatever reason some people think it’s an option and jump into it, unprepared, ignorant and the worst hopeful. Well the results are comic for the observers, enjoyable for the aggressors and very unpleasant for the naive.

But to mine is to keep the free market rolling, it’s a duty, and one should prepare before jumping into it, of course CCP for their own pleasure offer the unaware novice a incapable and ineffective ship called venture (the irony!) and stimulate the fresh to go mine. Even when succeeding our intrepid miner will see his efforts not paying too well, which leads to an attempt to maximize the process and not following the due process, leading to lost of the ship.

For the people that understood mining is a duty not a mean to play the game, but are too coward to risk everything, CCP offers missions. Missions are pointless, they lead to nowhere, unfortunately, it’s CCPs way to have a good laugh at the ones that do not dare to engage and claim their right to freedom. To be a citizen is to be ready to die for your convictions and rights. I’m included in this category.

We got another almost pointless mechanic called FW, but this one is for the ones not so coward, it also leads to nowhere, but one must combat or evade the opponents without the oppressive vigilance of CONCORD.

Moving on, some incursions, abyssals and all the other crap CCP invented to keep the wheel turning, CCP loves to see their hamster, cough cough, pardon their players to run over and over their simulated scripted scenarios indefinitely leading to nowhere, only to amass more food, opsie, I mean ISK.

After all that, I believe lies the true nature of EVE, the Null Sec and WH, where freedom is maintained with force, without the oppressing chains of state, I mean empire, sorry. In these lands, capsuleers fly free, shooting whatever and whoever they want, there’s no law, no rules, only madness.

To keep things in order, corporations are created and people organize themselves to conquer and protect based on their moral values. Sometimes these people come to hate each other and wars fight for months.

All of these is maintained by a supply chain of mining, manufacturing and invention leading to farms and farms of characters that only live to be a small fraction of the master EGO.