What is there to do?

There is your problem. You can make way more money in null than in high sec and as long as you stay at the keyboard much safer as well.

This looks nice, thanks!

You can make way more money in null than in high sec and as long as you stay at the keyboard much safer as well.

Beside that. Is making more ISK/h just a definition of fun here? I think it isnt. There must be something more to it.

It’s not the definition of fun, but I need ISK to fund my fun! I can’t just go lose ship after ship. I eventually run out of ISK, then have to do something unfun to get it back.

What is fun for you?
Last fun thing I remember was few days ago repairing State ships so triglavians and their supporters will lose the battle for system. Trigs lost it. That was nice feeling.

I really enjoy exploration, or at least thought I would. What isn’t fun is spending 2 hours and not finding any sites, or finding sites with crap loot.
I do fine in a proper fit in null, though I did lose to a bubbled system with a patrolling Loki. That I don’t mind so much. At least it broke up the monotony of scanning my 12th empty system.

I think grind will kill any fun you will want to have in any game.
Especially grind thats bringing so little ISK as majority of activities in EVE for newer players.

My method was to go to low sec and find sites worth running in Stratios, while playing the most safe method I could think of, avoiding destruction of my ship by players and NPCs. It was bringing ISK and was quite risky, so I didnt feel much boredom. It was giving me warm feels of success when I grabbed some fat lootz and escaped to high sec to sell it. PvP is too complicated for me to have any sort of fun from it. It brings only frustrations, all that micromanagement and things you have to remember any moment.

What isn’t fun is spending 2 hours and not finding any sites, or finding sites with crap loot.

You need to extend your timescales.

With exploration you can go some days without finding anything good, then suddenly you find something amazing and gain a great deal. It’s very similar if you go solo hunting. You don’t see anyone for ages, then something exciting happens.

With grinding, ratting, or even mining, you get predictable amounts every hour, but less overall. And certainly you get a lot less fun. It seems you are trapped in short term cycles and dismiss anything that doesn’t provide reliable income quickly. That’s what’s making the game boring.

You need to do some thing without being reassured by ISK ticks every hour. In other words, take a risk!

With exploration you can go some days without finding anything good, then suddenly you find something amazing and gain a great deal

It depends on the sites you run and where you search for them, some low sec systems are more populated by anomalies and chance to find there a good site is stronger. People use dotlan to check stats of systems. https://evemaps.dotlan.net

Sure. And knowing where to look comes with experience. But the OP seems to be simultaneously complaining that the grind is boring but not prepared to leave it because of short-termism. I’m trying to help them get out of their rut and start enjoying more from the game.

I can only speak for myself and Stratios was a very good ship for exploration in low sec. So there is that. Many billions were earned it it.

Usually in amarr space and blood raider and sansha pirates sites in low sec. But minmatar space and angel sites were good too. Caldari was too populated and overfarmed… 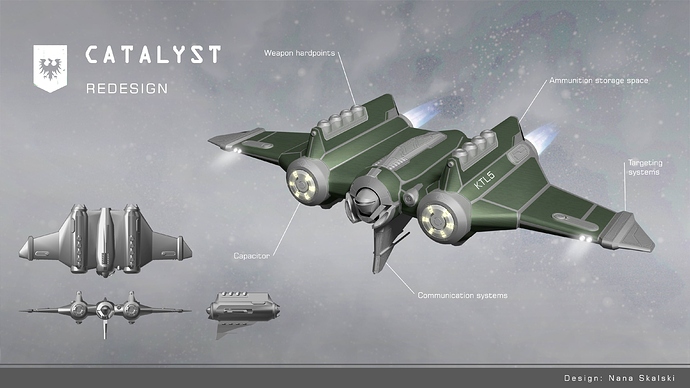 I don’t have hours a day to play, so yeah, if I don’t find anything in a two hour time frame, that’s pretty frustrating

I sympathise! But as I say, if you explore for a couple of hours, there will be days when it doesn’t work, and days when it works really well. But they add up!

If you’d like to see a really consistent explorer, I suggest watching Rushlock from about 10:00 Eve time weekdays. He averages 100-150M ISK/h, but he’ll tell you that there are sometimes a few days in a row where he makes very little.

And there’s a lot more than exploration! But most non-grindy things have ups and downs, and that’s what you’ll have to deal with to find the fun in Eve.

Yeah, I’ve read that people spend a week doing solely exploration, then maybe switch to something else. Maybe I’ll try that sometime.

At some point you have to graduate from ISK-making being your primary goal to playing the game for your own goals.

I’d like to find something that is enjoyable for me plus 2-4 friends to play with that isn’t just an annoying grind.

That’s entirely up to you. Stop grinding for ISK and the game will stop being an annoying grind (for ISK).

Certainly, and hopefully I’ll get there soon. I’ve been grinding isk mostly to buy large skill injectors. I’m above 10mil sp now though, so I think I’m almost to the point I can stop doing that. Injectors are less impressive when they only complete one or two skills.

This sounds horribly unfun. I thought grinding to PLEX your account sounded bad…uff.

I mean, it’s not too bad. I’m working from home right now, so I can make 100 mil a day pretty much afk mining. Lv4 missions aren’t horrible, I enjoy doing a few of those a day. I’m just more disappointed with my low/null sec options.