Why is this community so toxic?

I have read through several threads now and I don’t know but can only see same toxic people writing almost fashistic (?!) hate messages without even trying to help players.
Never experienced such behavior in other games. So why is eve so outstanding in its toxic community ?

Please GTFO until you learn what “fascist” means and why its use here is so idiotic.

Here watch this instead…

Just mute. There you go.

Pour one out for me…

Never experienced such behavior in other games.

Then you have never played any Blizzard / Bethesda / other PA game. Or like, almost any other game. Honestly, this may be sh1t but it isn’t unique. Best thing to do is accept it and just join in. It can be a lot of fun tbh.

Leo kicks out the jams … that dude is a true musician in every sense of the word, and his videos aren’t bad either!

You haven’t experienced toxic until you’ve been in Jita local. Jita local is pure stage 4 cancer…

EVE’s community is far less toxic than most game communities, in my experience. We have our moments though. 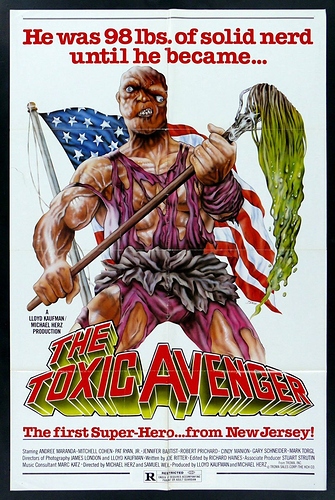 This an order of magnitude worse than wow.

This game almost actively encourages scamming others and enables the ganking of new players in the name of a made up ■■■■■■■■ religion.

But wow has it’s moments ya

Yes, it does. The devs literally designed the game so that players shape the game, not fake rules or hand holding. Same goes for ganking. If you can’t deal with that then t’s back to WoW I guess…

None of those things are toxic. What’s next, calling battlefield a murderer’s game

It’s not terribly toxic, but you need thick skin to thrive. It all comes down to how you react to it, really. A lot of people avoid the forums like the plague, and they have good reason to. But even in-game, if you stay long enough, you’ll meet some pretty mentally unstable FCs, CEOs, the mouth breathers, the screamers. If you feel they’re abusing your time - or your ears - move on.

As for myself, I do try to be helpful in the forums when A) it’s a sensible question or B) it’s an actual newbie. Writing or asking stupid ■■■■ will always draw a bit of toxicity into it.

Some helpful tips: If somebody rough you up, tell them to ■■■■ off. Think before you post. Google for answers yourself before asking - and let people know you’ve done it, and exactly what needs further clarification. Have fun <–. You start taking any of this too serious and it stops being a game.

When I first played way back in 2008(?) I asked a silly question in the forums and was flamed (rightly so). While I was butthurt at first, I did learn very quickly that all the info is out there already and as Eve is pure PvP (whether people like to admit it or not), that info is not free. At will at the very least cost you time.

Toxic, maybe but with reason…and IMO, a good reason.

So why is eve so outstanding in its toxic community ?

This game almost actively encourages scamming others and enables the ganking of new players in the name of a made up ■■■■■■■■ religion.

This is perhaps what you’re misunderstanding.

Scamming is not toxic behaviour and neither is ganking. They are parts of the game as much as shooting eachother in fortnight or cod is, as much as taking another players money in monopoly.

Do you play a noob at chess and think ‘well i can’t take his pieces cause that would be toxic!’