Why lock threads about botting?

I made a thread about how during a pvp roam I came across hundreds of gilas bottng in Omist.

I’ve since seen two other topics about Bots get locked by ISD.

Are Bots just a part of the game that we are supposed to live with? It seems we cannot talk about it to figure out what’s going on and it seems CCP is taking no real action against them.

Why don’t CCP allow us to talk about this aspect of the game?

/me whispers something into earpiece microphone while maintaining direct eye contact

The thread was closed for specific comments made and descending to a point that it was deemed unsalvageable. If you want to do it, keep it civil and on topic. I will also take this time to say that you should report bots that you find as that helps Team Security do their job. Thank you.

Time to rabble this thread, too?

Are Bots just a part of the game that we are supposed to live with?

Bots consume plex thus are “paying customers”. CCP wants more bots and even is going to nerf cloaking to pander to them. Anyone who says otherwise could be silenced.

I “like” to think the ISD get a laugh outta some of the stuff they have to remove. CCP wanted the forums cleaned up. So be it. The problem is it gets off topic/I know you are but what am I? And then it gets shut down. That the ISD responded without closing this thd shows that as long as everyone posts responsibly,

the thd will stay open. I still ask that they do not lock any thds till 6 PM EST, that way I can still get a ib4tl like now.

As for botting, it’s a part of the game that’s not going anywhere soon, if not going to get worse as CCP drives out most players who actually play, but just cant compete with a bot? Meh, who knows…

@ISD_Dorrim_Barstorlode Were you on vaca? We missed you in another thd!

I do have an actual job ya know.

Why don’t CCP allow us to talk about this aspect of the game?

You can talk about it, but more often than not, these types of topics attract people who don’t know what they’re talking about. They’re the same people who spiral the thread off topic to the point where the original issue being discussed is long gone. Keep it on top and it’s fine.

I have a file, who wants their teeth sharpened?

I remember that thread, it was a good thread, a kind thread, it helped it’s friends and incited it’s enemies. Let us all have a moment of silence while we contemplate out hideous and multi-tentacled god with far to many eyes ISD and the loss of that wonderful thread we all loved and cherished.

Since reporting anything gets you a stock email back telling you to clear your cache, let’s take maters into our own hands.
I propose we make botting a nonprofit endeavor for the botters and go get ourselves a pile of loot and
a bad reputation for killing everything that doesn’t move in the way we think it should.
While we are at it, let’s make sure that CCP knows that it’s their fault, we can blame them for everything including all those people we kill who haven’t learned to fly yet. Oopsie! CCP did it! It wasn’t us!

Seriously though, if this is such a serious problem what people like me need is a better idea of how to tell bots from people who are not interested in talking, are too busy, or who have fifty alts that all kinda look alike.
I can’t just go reporting people unless I’m sure they are botting, and right now I don’t know how to figure that out.
So…
What are the symptoms? I’m guessing they are different with mining bots and ratting bots but there ought to be similarities too right?

Yeah, see, that thing above is what I’m talking about.

As players, just report the bots and move on. Get a Ceptor, fly through, tag every <15 day old account that’s ratting in Gilas with mysteriously same copy pasted names, and rinse and repeat through the entire region. Then take a break and wait for the “Thanks for Reporting!” emails to flood your inbox.

It’s not your job, nor will you ever get objective evidence that proves someone is “botting.” You don’t need it. Players don’t need it. Leave it to CCP. Report and move on.

That’s it? I see that sort of thing all the time, but this seems a little anticlimactic… There’s gotta be a way to make it fun.
Still, I suppose I see your point.

There’s gotta be a way to make it fun.

No. There isn’t. And it shouldn’t be encouraged.

Hunting, killing and looting botters shouldn’t be fun? Either I’m confused (very likely) or I missed something (also likely).
What do you mean?

No. There isn’t. And it shouldn’t be encouraged.

I disagree with Scoots for once so I would like to know why as well?

If you want to do it

Have you actually tried hunting bots?
Because I have. Here are just some confirmed bots that I’ve hunted whose accounts have been subsequently been banned. 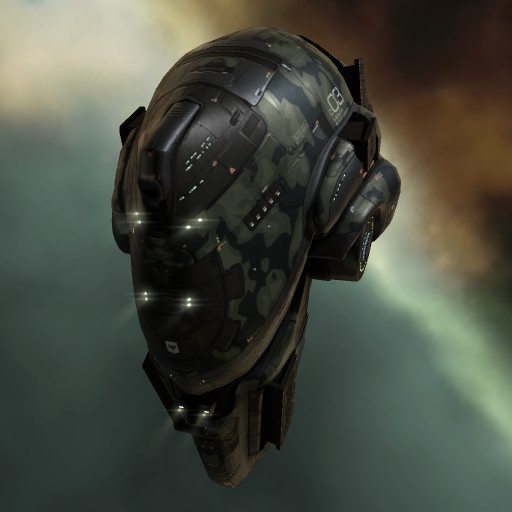 It’s not like hunting AFK krabs and requires a very specific style of hunting in order to pull off. It’s not fun, it’s not enjoyable, and it’s made worse by the fact that you know for every one you kill, there are still 50 others running sites non stop.

Because I’ve seen people like him suggest that the botting problem be something that the players take into their own hands.

First, it’s not the player’s job to deal with bots. It’s CCPs.
Second, the moment someone decides to take bot hunting into their own hands, they start going down a really ■■■■ path that ends up with them hunting bots less and whining on r/eve and the forums more about how they feel entitled to bot kills. Not to mention, whatever programs and tools CCP creates to make it “fun” for players to hunt bots is wasted time addressing symptoms of botting. Instead of actually getting to the source of the botting problem.

it’s made worse by the fact that you know for every one you kill, there are still 50 others running sites non stop.

Good point but I had to ask.

Not when he has to miss breakfast to mod a mega thd! I am never going to let him live that one down.

ooh i remember that… vice admiral batman was not pleased