Why The SAFETY. Or CODE as they call themselves must be stopped

Hello. My name Is Lazar Us.

I am sure most of you by now have heard of my escapades or “lack therein off.” I am a miner. I like to mine. I enjoy this world because of this simple fact. Peace, love and freedom.

Freedom inherently is discussed and debated among some of the greatest people of our time. Many posts have been made about “Hi-Sec Miners” as we are so under-handedly called. Hi-Sec mining is inherently un-profitable. What does this mean you might ask? It means without proper set-ups and mult-clone corporations which are at-least 50+ strong can defend an Athanor or in some cases even a simple mining fleet. I am here to tell you that freedom is inherit to anybody. Meaning that my freedom is the same and is inherited upon birth to me. I am free. I was born free. I was raised FREE… In today’s social dynamic we see “CODE” refer to themselves as “saviors” as an ends to a mean. I am here to tell you otherwise. They are in-fact terrorist. They are after your FREEDOM.

Now some people will ask, “Why can they not attack you? Don’t they have freedom as well?”

I respond in short, “If they kill you or harm you, is that then not them infringing upon your own personal freedoms?”

The Golden Rule comes to mind. Respect is not questioned in this simple phrase. In-fact respect is nothing short of foolishness. I do not need to respect a person to understand their point of view or to treat them with the same freedom as they are treating me. You see. Freedom belongs to all and if someone enforces their beliefs upon you. They are after all stealing some of your FREEDOM!

I urge you brothers and sisters. Continue to mine. For a corp. is coming to all of the High-Sec miners that want to mine and produce in piece. I say to you this, “Calm Down Miners, SAFETY is no more.”

It is your limitless greed for mining that called down the wrath of highsec.

You seem to think that High-Sec Miners mine for money. You must be delusional. It is almost as profitable as using a sledgehammer to hit a tree and turn it into cash.

Your environmental destruction is indescribable. I do not care what your motivations are.

Environmental destruction. You do realize there is an abundant amount of asteroids to mine do you not… You seem to think we are going to run out anytime soon.

You vultures strip the asteroid belts clean within hours.

How do you think the hull you fly is made? from good wishes and thought?

So you destroy us because you lack the skills to mine yourself. Petty at best sir.
I build everything for you environmentalist jihadists. Do not talk about vultures.

The irony is we build the ships the gankers use to kill us. The beauty of EVEs circle of life.

Career agents hand those ships out for free.

Again who are the true vultures? I suggest you chose your next few words wisely. As you have shown not to be very good at arguing your point. Your continued self-denial and contradictions is what agency such as CODE and SAFETY use to prey on undeveloped minds such as yourself. I pity you sir.

Do the asteroids belong to you?

It is your limitless greed for mining that called down the wrath of highsec. 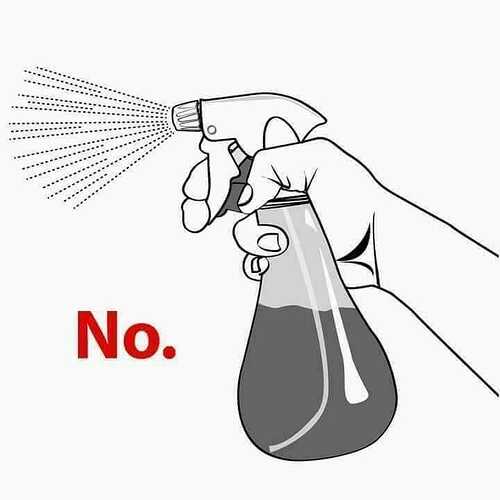 You’re free to do anything they can’t stop you from doing.

I have never heard of a Agent handing out Cruisers, Battlecruisers, Battleships, carriers or any of the other big ships that Miners provide for. try again.

Hello. My name Is Lazar Us.

Hello. Good to see you back from the dead. Resurrected, not resuscitated, due to the immortal nature of capsuleers. Even Amarr ones.

Ah yes. Something that Amarr citizens - like you - do not accord to any of their enslaved races.

Freedom inherently is discussed and debated among some of the greatest people of our time.

Especially by those fighting against their Amarr overlords. Such as you. Or are you now renouncing your “birthright”?

OK. So you are advocating rebellion against the Amarr Empire to which you belong? Via armed insurrection, I presume?

In today’s social dynamic we see “CODE” refer to themselves as “saviors” as an ends to a mean. I am here to tell you otherwise.

The only savior from the Old Earth is The Lord Jesus Christ. And one end from believing in Him was to obtain life eternal. Where does that sit with you now, here in New Eden, now that you are an eternal capsuleer? Do you still believe? You must, in part, as he (or his apostles) preached for slaves to remain as they are. But become better slaves. Something the Amarr in you must applaud, surely?

I respond in short, “If they kill you or harm you, is that then not them infringing upon your own personal freedoms?”

But but, your are AMARR. You don’t believe in personal freedoms. Not for the other races at least. You seem to think that this is some sort of fiction. Somewhere where you can change the narrative to suit yourself.

Freedom was never inherent in the old world. And violation of it when it did exist was never seen as wrong when the victor was clearly in the right. Who are you to say CODE. is not right? Old Earth collapsed due to over population and over-use of finite resources. Now in New Eden, with more mutant races, inexplicable reduction in availability of ore and ice belts, who is to say the same is not gain upon us?

I urge you brothers and sisters. Continue to mine. For a corp. is coming to all of the High-Sec miners that want to mine and produce in piece.

Aha. Finally we have it. You are advocating forming a Union. Where individual freedoms are little by little given up, in favor of the broader collective? All in all, perhaps not a bad idea. Might I suggest a name? Brotherhood of Intergalactic Moon & Belt Operators. Something 90% of the people in this society could probably see themselves getting behind.

see themselves getting behind.

As a member of the Gallente Federation and holder of a mining license according to the laws thereof, yeah, they kind of do.

Is it true that I live in your head rent free?