the latest prices hikes sent plex/isk exchange rates to all time highs at record speeds sucking trillions of isk from casual players who buy their plex monthly just to plex their account to plex whales who are either veteran players or bought it from ccp and that plex then goes to ccp for omega subs leaving the casual players in a dire in game financial situation , which will lead to many of them just quitting the game or at least being alot more conservative and careful with their in game spending and actions to avoid further financial losses , all of that means less every day players buying things from the market whether it be through quitting the game or just not affording things these is exactly what happening right now irl in many countries and the result is killing demand for many of the products on the market which in theory will lead to an in game financial recession as markets all across new eden start to crash due to lack of demand which will start damage many industrial corps businesses . ultimately eve ends up with poorer median player and a lower player count .i would like to see the communities comments and discussion on my analysis of where the economy is headed if things continue to move in the current direction

This is funnier when the ZeroPunctuation guy does it.

It’s the thing there’s zero of.

Choose Your Fate!!!
1 yes and thats funny
Or
2 what

we truly do live in a space society

At any rate, these aren’t all time highs. Prices were this high or higher for roughly half of 2019. That was mostly due to uncertainty about upcoming changes at EVE and large scale price manipulation by heavy traders.

At the time of writing this article, PLEX is priced at around 4.4 million ISK per unit, or 2.2 billion isk to subscribe a single account for 30 days. While this may seem like just a number, this is extremely...

Yes. it will probably lead to fewer Omega accounts by Plexing. It will also lead to longer grind times in order to Plex accounts, which may lead to more players quitting or going Alpha because they don’t care for the grind.

CCP made it clear in their “State of the Economy” blogs that they felt players were too wealthy, and they’ve taken many steps since then to cut ISK farming by large amounts. Industry nerfs, trading nerfs, farming nerfs, all stack on top of each other to reduce player activity. Add in a price increase and you’ve got a great formula for player activity to continue to drop more than the 20% it’s already dropped.

Well, it’s less of an “analysis” and more of a terribly phrased description of the current status. But hey, congrats on predicting that what’s already happened will happen!

Oh, and google “grammar and punctuation” sometime. It’s amazing how much difference it makes.

sorry if i offended you with my terribly punctuated post. i just wanted to post a 'brain dump ’ experiencing my frustration with current in game changes and as a result did not have it on my mind to proof read what i wrote. thanks for taking the time to educate me on ccp’s current strategy!

No worries and no offense. It’s simply that if you’ve got something to say and want people to actually read it, over a dozen solid lines with only 2 commas, 2 periods and zero capitalization probably isn’t going to get a lot of readers.

In the meantime, enjoy this thread from back before this issue was already a done deal. Brewlar’s prediction, Shipwreck Jones whistling in the dark, and the ISD’s vigorously scrubbing the thread were particularly entertaining.

Often it is forgotten that our silly spaceship game with its ‘‘real’’ in game space economy is actually part of a very much real economy, changes in which far outpace anything that CCP developers could control within game or via subscription sales. As the west muses over oil and gas sanctions against one of the worlds biggest suppliers we can expect sudden inflation of every day goods prices and services as suppliers offset lost margins with increased prices. Eve a computer game based in Icelan…

Perhaps sadly, after this thread, Brewlar was never seen again…

Wow. That was from pre-alpha. It’s not like it’s gotten any better.

CCP made it clear in their “State of the Economy” blogs that they felt players were too wealthy, and they’ve taken many steps since then to cut ISK farming by large amounts.

I can assure you, I am not too wealthy.

Those running this game are complete and utter morons, Any price hike was going to = less players not more. It was a move to milk the remaining player base for 30% more in short term. This was due to an already underway mass player exit from over monetization by pearl abyss and lack of new content in 2 years. Adding new gambling mechanics (hyper cores) and new ways to make stuff more expensive such as (Quantum cores) is not new content.

the latest prices hikes sent plex/isk exchange rates to all time highs at record speeds sucking trillions of isk from casual players who buy their plex monthly just to plex their account to plex whales who are either veteran players or bought it from ccp and that plex then goes to ccp for omega subs leaving the casual players in a dire in game financial situation , which will lead to many of them just quitting the game or at least being alot more conservative and careful with their in game spending and actions to avoid further financial losses

What makes you think that it’s necessarily the “casual players” who are spending ISK on PLEX to feed their accounts, and that the veterans are the ones buying PLEX from CCP to trade for more in-game stuff?

Why can’t it be the other way around, with newer players taking advantage of the high value of PLEX to get a head start in the game?

Your conclusions are predicated on a custom-tailored reality that you had to construct in order to make them valid, instead of one naturally determined by data and empirical observation.

Try reading the original post out loud. You are only allowed to take a breath when there is a comma or a full stop.

As with all other Pearl Abyss titles they do everything to empower gigachads and Whales. In this case its the ones buying plex and selling it for isk. scarcity ? why if resources and wealth are harder to gain? why are the plex prices skyrocketing? its up to 1.9 billion for one month sub. We have less ISK? so plex should go down? Nope because this empowers the gigachads and whales and starts to reward swipe to win behavior over playing the game.

Why do western gamers hate korean mmo’s so much?

I failed, mostly because i don’t want to risk losing braincells.

I think that pretty simple we want to play the game not pay to win the game. I think Diablo Immortal proved this path leads to ruin and failure on pc titles. It might be ok on mobile games but pc gamers pretty much boycott any game that does this in the USA. 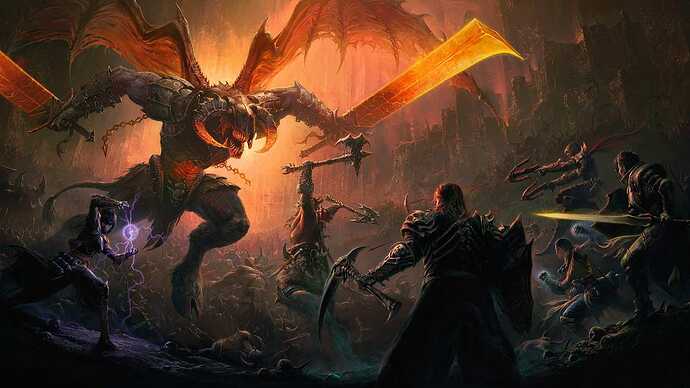 So true and I was going to quote more from the reddit thread, though you had answered it perfectly here.