Today I found out that @Innominate and @Merkelchen can not run for CSM this coming year. What a lost to the community this will be.

I hope that Goons put the Gooner’s Indy/Economic/Miner specialists up for CSM. We need some real economic/indy/miners to explain to the CCP developers what CCP has done to the game and to fight against CCP to not make the game worse then it is now.

I hope @Brisc_Rubal is going to run again and keep up the good fight against CCP. I really hope that Mittens runs for CSM!!

I haven’t made a decision on whether to run for re-election. Honestly, this last CSM has been extremely difficult and I don’t know if I have the patience for another year. We’ll see.

So I support @Merkelchen channel and I feel like the three of you, @Merkelchen @Innominate and @Brisc_Rubal are the only CSM. While I do see other CSM comment at times, It is rare… really rare.

Hopefully it will not stop the three of you going mental on rampage.

I really hope that Mittens runs for CSM!!

He can’t and doesn’t the kool-aide burn your nose when you snort it?

Actually he can run for CSM. I hope that he does.

doesn’t the kool-aide burn your nose when you snort it?

It is not cool aid to agree with what @Brisc_Rubal , @Innominate and @Merkelchen have to say about the direction the game is going. These CSMs are make valid points about what CCP is doing to the game and how it is hurting the game/players.

Actually he can run for CSM. I hope that he does. 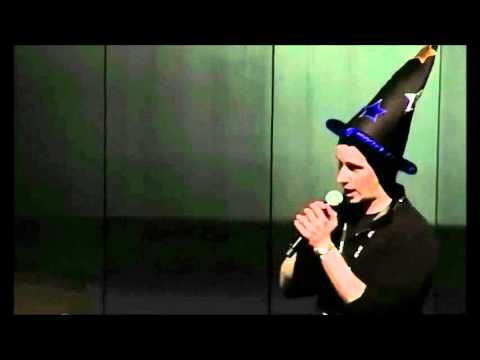 Is this the same guy? No thanks.

Is this the same guy?

Yes that is him and he paid for what he said. He stepped down from CSM 6 and did not run for CSM 7. He apologized to the player and even send tons of isk to him.

What Mittens bring to the table as CSM is a wealth of information that pales what CCP understands about Eve. This man runs the largest alliances and industrial machine in all of New Eden history.

If you don’t like Goons that is fine but Goons have it figured it out and know what is going inside of New Eden.

If Mittens does not run then I really hope that Goons put up the industrial or economic Gooners to run for CSM. The players need CSMs that understand the industrial, mining and economy of Eve better then CCP does.

goon csm represent their constituent and that’s ok but don’t think for a minute they give a rat’s ass about the rest of eve .
to paraphrase (some goon honcho): we’re here to improve OUR game , not THE game …

Is this the same guy? No thanks

I’m going to say what I said before I joined Goons: its pretty sad that Mittens is forever judged for something he a decade ago. Seriously, has he done anything similar to this in recent history? No. But he continues to be judged by this event.

What’s sad is the offended party accepted his apology and what Mittens offered in an attempt to make up for what he did. In short: Mittens apologized and made restitution. And he hasn’t reoffended.

You don’t have to worry about it anyways, Mittens made it pretty clear during his interview on Declarations of War that he has no interest in dealing with the CSM drama and has other people in the Imperium deal with the headache.

On related news: I think Angry Mustache is probably going to run. CCP is gonna get buried in spreadsheets and charts from him.

to paraphrase mittens : we’re here to improve OUR game , not THE game …

That was a Darius Johnson quote, not a Mittani quote.

That was a Darius Johnson quote, not a Mittani quote.

And to follow-up this, on DoW podcast, Alek did some word association with Mittens at the end of the show. It went something like this:

Blaming Mittens for something someone else said is bad… worse when Mittens thinks said person is a jerk.

Blaming Mittens for something someone else said is bad… worse when Mittens thinks said person is a jerk.

the original quote about ruining the game was , i believe , tongue-in-cheek , and funny . if i wanted to trash themittani , i’d bring up him forbidding alliance members from reporting bots to CCP .