(I am Primarily Low-Sec, with experience in High-Sec and have been in the same Low Sec System for the last 10 Years.)

I feel that I can champion the views of small to medium industrialists without demonizing the larger alliances and coalitions.

I also have specific views on the correct balance to achieve a self-sustaining Eco-system so often discussed, but never quite achieved. Where is that balance? What is the best way to get there ? There is no real answer without looking at all 3 sides. Industrialists, PvP, and CCP. That is my goal. To try and gather those 3 groups into a consensus.

Getting new pilots into making some isk by mining and Indy will help that “Ecosystem” we keep hearing so much about. More field mice of EvE. If you increase their numbers, some of those field mice become squirrels or rabbits, and some of them become deer. There is no ecosystem anywhere that is built from the top down. All must have a wide base so that both the predator and prey flourish.

I have built a reputation in EvE of not breaking my promises. Keeping them whether the result was good, bad, or indifferent for me or my alliance. I have mediated in small conflicts and managed to maintain neutrality. Contrary to popular belief, that can be significantly more work than simply choosing a side. I can apply that same type of mediation capability to try and merge the needs of both the industrialists, (my first love in EvE), and the PvP groups. Without both, EvE would not be the game we want to play.

I look at the CSM as the advisory council to bring in those perspectives and attempt to mediate them through discussion and ideas that can help CCP in that regard. I am a founding member of the Fan Council of a professional sports team and have maintained that status for the last 6 years, so I am familiar with the expectations and limitations of what the CSM can do.

Now, WHO is Baldin Tarmain and WHAT has he been doing in EVE ? 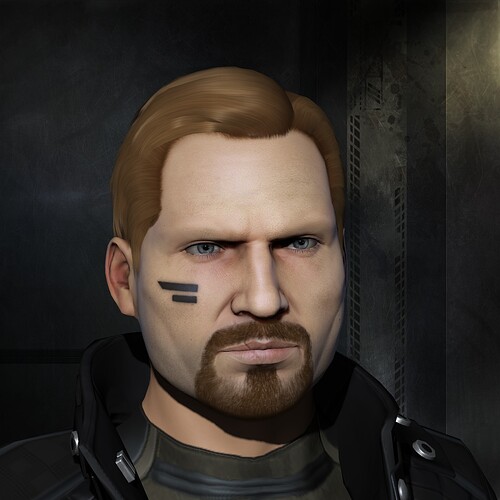 I have Primarily been an industrialist for the entire time. Starting with mining and building Warp stabilizers for profit. Thousands of Warp Stabilizers.

I eventually built up 12 POS running dual reactions from the moon goo they mined. I continued on that path for about 5 years until Athanors came into being. With moon mining changes, it became apparent that 1-man corps with an alt or two would never be able to provide the same income levels. So, I began to recruit members in May of 2017 to prepare for the changes.

My corp. joined some friends in an alliance from an area quite a few gates from us. Eventually when a new threat appeared, a local alliance was formed, which we joined. Over a few months, leadership left, and I was recruited to take over as leader.

We held some Low Sec, some NPC Null, and had a presence in High Sec. Eventually we ran afoul of a combination of groups too strong to overcome. That Alliance was disbanded. All Low and Null stations were destroyed. A 6-month war dec followed during which I formed our current alliance. That was almost 4 years ago. Many incursions and battles, (This is EvE after all), with losses, victories, and Infrastructure that has been rebuilt more than once.

Through it all, we remain primarily Indy. Everyone needs to fight in EvE. It’s a fact. Seeking out battles is not what we do. But we are not risk averse, when it suits our purposes. We are not pacifists by any means. I don’t begrudge hunters, NBSI, or NRDS. It’s all part of the system that we live in.

Industry, from mining of all ores to manufacturing of everything from Shuttles to Dreads including stations. Station management is another forte of mine. Having run POS and now running and defending each type of station excluding the XLs.
Pattern recognition and pinpointing the weak links in processes from personnel to software is another strength. Forty years of business ownership has led to a solid understanding of: “What are the likely results to be in people’s minds, not just their actions.” That question gives insight into what is likely to happen longer term than simply looking at a snapshot of results.

As a member of a sports team’s Fan Council, I am familiar with the restrictions and process of what the CSM does. This will hopefully allow me to be more effective in what I can do for Industrialists in EvE. As well as the interface of the Eco-system we all live in.

Discord for comments, suggestions, and criticisms: (Without criticism there is rarely advancement.) 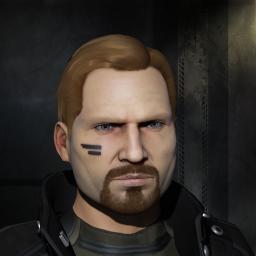 Check out the Baldin Tarmain's CSM Campaign server community on Discord - hang out with 8 other members and enjoy free voice and text chat.

Time to dust off the space lasers, hop back into the pod, and vote for someone who isn’t going to tell me casual enjoyment of a game is wrong.

I have worked closely with Baldin for most of my Eve existence. He has been a wealth of knowledge about all things Eve, from fits, stations, strategies, industrial subjects, and others. His ideas for making Eve work for everyone and not just the larger alliances I feel would be a welcome addition to the CSM.

**Baldin Corp is the first Corp and only Corp I haveI joined in Eve. I had just returned to the game in 2017. Prior to that not much Eve play. He has taught me so much about Indie play. I believe his vast knowledge of Industry / Mining will be a true asset to the CSM and the Eve gaming community. His negotiation skills are top notch. He is an outstanding communicator. He will be a true advocate for the medium and small Alliance / Corporations of Eve.

Having flown with Baldin, both for PvP defense fleets and industrial challenges I am confident that he would be an excellent representative able to speak on behalf of a wide-range of eve players, but especially smaller groups and industrialists.

I have been in Baldin’s allianance, I’m Feeling Good, for several years. I have learned a lot from him in building my industry skills and having IFG infrastructure has allowed me to build everything I need. I hope his influence on the CSM will help bring the balance back toward industry some. We had the feast and then the famine that has killed small industry. Lets get it to a middle ground where we can all have some fun.

Baldin Tarmain has been man of great integrity and commitment to the game.

I have looked to him for guidance many times in my eve career.

And I think I have a good idea:

AFK mining type I think we got it right now, leaving mining as it is but adding another possibility.

For active mining the industrial command ship fires a laser that shatter the asteroid.
That laser will make chunks of the asteroid fly away and the other mining ships would have to mine them.
Regular chunks would be slow enough to be mine before the fly out of the mining laser’s optimal.
Smaller chunks would go faster and have better output. Their speed would be too high to be chase by a mining barge so mining frigates would have their role in the mining op.

Barge size chunks last a couple of cycles and it should be one amount per laser cycle depending on skills and module size (Rorqual, Orca, Purpose, T1, T2, faction).

Those chunks would disappear so they can’t be gathered during some cycles and later mined.

So in terms of in game explanation, that mining laser seeks the mineral spots on the rock and make them explode to be mined easier by the mining fleet. Faster chunks don’t have to be different in size they could be more dense and have higher speed.
The laser would make the rock explode on the end of the cycle. (seeking for the mineral spots and then making them blow up)
For the Orca and Purpose the laser could prevent them to warp out so there is some risk on using them.
It could also light a beacon on everyone’s overview because of how powerful is the laser.

I rolled through your proposal a couple times and will review a bit of the math involved to determine my final answer. I have already considered having broader band minerals available in most systems, but limiting the rock volumes to 5k m3. This would limit big conglomerate interest in them, but allow new miners a chance to mine and build independently.

The pragmatic answer to what you propose is that it will take a lot of vector programming to provide the movement you describe. And although portions of that programming already exist within EvE, it is highly unlikely that CCP would be willing to dedicate that much processing power. Think moon belt pop and add variables for the command ship type and the mass of the rock. Then multiply that by all the individual industrial commad ships operating at one time in New Eden.

I’ll ponder this a bit further and see if I can discern a fix/work-around for the issues I see with it.

Thanks for your interest Baldin. I wanted to show my idea in case it might be useful.
I think a very active mining mechanic would be good for the game, at least I’ll like to play it

I didn’t know Baldin until a few weeks ago but he’s impressed me with the handful of interviews he’s done and the ideas presented. Regardless if he makes the CSM or not, I really hope he stays engaged in the community and providing feedback.

Hope you get on CSM. Good luck.