Black out in HS

IT’s unfair that only NS gets it !!

I want to see 0 person in Jita local

(well actually the bots will still be spamming, but hey !)

Blackout in starter corp chats too?

I really like this idea, especially the blackout of area on Invasion, maybe even if the adjacent and perimeter systems are Low-Sec.

Blackout in starter corp chats too?

Even in jita market !!! you don’t know what other people are selling ! You just place buy orders and if they meet an existing SO they are fulfilled !!

Even in the overview !! you ctrl click in space, sometimes you lcok something !!! SHOOOT IT !! Sorry mum !

I really like this idea, especially the blackout of area on Invasion, maybe even if the adjacent and perimeter systems are Low-Sec.

Yeah in my mind it was obvious that the systems adjacent to an invaded constellation should be black belt of sabotage too.

Nullsec is getting blacked out, to help address a huge imbalance & create a little more risk on this graph (right side) 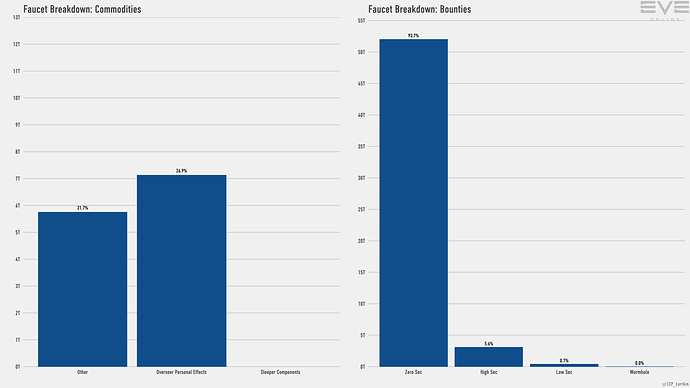 And water is wet.

Just because it’s needed somewhere does not mean it would not be good somewhere else.

When they add this they can make that an attribute of it.

This would be low/high sec only. Gates are randomly attacked by NPC pirates and are taken offline until players clear the gates. Rewards when the gate is clear (mission objective?). It is mainly a good clean sandbox style PvE activity that could get pretty messy in low sec

EDIT1: The NPCs would not stop at one gate and would never release a gate unless the players retake the gate. Eventually if ignored inhibiting travel and isolating systems. EDIT2: No loot, only th…

It would effect the War Dec corps that live in Highsec … they would never undock! lol

Forum Blackout: You see the comments, just not the characters who made them

Why isn’t this thread merged into in the “local comms blackout discussion” thread, so I can ignore it automatically along with the rest of the whiny self-pitying nonsense ??

Because that would prevent us from having such an interesting intervention as yours.

Also because on the opposite of the common people who go in the “main thread” to whine, I rather give hope job in this one, even though it may not sound very handy.
I don’t believe CCP devs could care about my little personal opinion. I still think some people are interested with a more casual and mannered discussion than people spamming “I will unsub all my accounts” on one hand, and people spamming “I just subbed all my accounts” in the other hand.
This is not about if we liked what CCP did. This is about if we can imagine going further.

Invaded system blackout should 100% be a thing. As it’d encourage low-sec engagement if they happen to be on the invaded list. Plus it’ll add to the already spoopy aesthetic. Red skybox and the unintelligible elite hax0r system text isn’t doing it for me anymore.

with a high sec blackout gank success will rise again as anyone traveling will need an alt just to scout.

Not when there is a Wardec involved