Of a property attached to two of the most litigious media companies in Hollywood is an exercise in stupidity.

I don’t keep up with that sort of thing so I won’t argue that.
I watched the first one and liked it but couldn’t go past 15mins of the 2049 one.

I watched the first one and liked it

As did I. We are two of the very few that did, though. It was panned by critics, made no money at the box office, and was on everyone’s list of worst movies ever.

It wasn’t until years later, after the invention of VCRs that it became the cult hit it is today. I suspect Blade Runner 2049 has the same future ahead of it. A movie made before its time.

Having said that, your opinion of the movie has nothing to do with Star Citizen “imitating” the Drake, Raven, and Nightmare. Or any other theft of IP.

Trying to dock into the new Station in UM-Q7F with wishful thinking that Walking in Stations is active there.

Wait see what I am jumping there next. Will test their dps for Walking in Stations!

You kids haveIT SO easy these days…

You kids haveIT SO easy these days…

My first computer could only play Pong. About 1980.

The Space Witch in that clip is pointing at you and saying, “You won’t walk inside my station, but only craw!”

She’s “bewitching” for sure!

The only version Frostpacker is interested in is the Frozen Corpse

I’m sure that’s not normal… 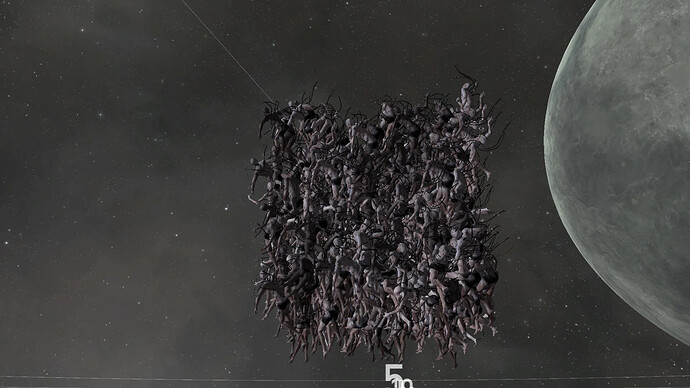 Should have made a borg cube #missedopportunity

were did you find that?

I think there are other many things to attend before WIS.

If only the first try would have never been done, and it’s allocated resources would have gone to SOV, (ejem… for example), most wouldn’t be even interested in the forums. And game more, as it should be.

I think there are other many things to attend before WIS.

Whoever is flagging all of @x123xxx ‘s GIFs please get it together. They are the most entertaining thing in this thread.

For years CCP hyped WIS only to trash the whole idea. Why would they tease it in the latest Pulse Release?

how did this tease walking in stationd