During the EVE Keynote at Fanfest 2022, CCP Games teased two upcoming projects. The two games are a first person shooter developed by the CCP Games London and

I’m not the one that started the fire, I’m just bringing the gasoline.

Also, all “In b4 lock” messages are appreciated.

I’m especially looking forward to the New Eden Cooking Simulator. Some of those Caldari recipes look to be absolutely lit.

I want my own shop in a Minmatar station. Would be cool to have a Ship Maintenance and Building simulator. Could be first-person, tools, smelting, forging parts for the ships; soldering, ratcheting, cabling parts for systems; must have resources and blueprints…
sigh one can dream.

The fps one has been known for a while. Hell this is their third attempt at an fps

They are not developing games. CCP develops failures beyond the one game that we want to play (and even with that one game they are doing a very questionable job when it comes to developing). Haven’t you learned that from the past? If CCP actually developed other games, no one would be so annoyed every time they announce that they develop a new game.

So, are you saying that CCP should stop trying? Seems like something Homer Simpson would say. Regardless, I won’t fault anyone for trying and failing, and I guess that extends to game developers as well.

Now, if they could just stop making boneheaded decisions… 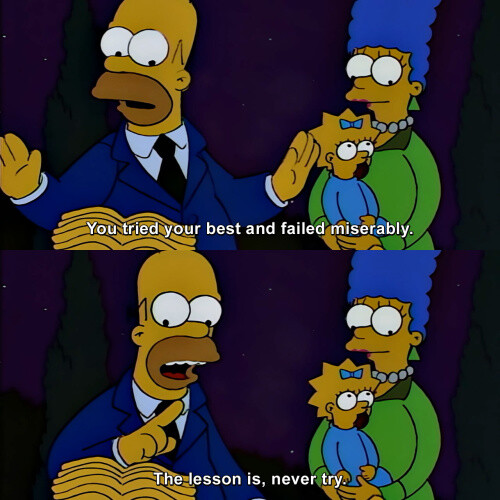 Amarrians probably have a lot of pasta.

So, are you saying that CCP should stop trying?

I am saying they should learn from their mistakes and stop trying to create something that they evidently are not capable of creating. If you have been trying and failing so many times, you should stop trying, get your only cashcow in order and thriving and then maybe try again and apply all the lessons learned from the past. However, what CCP does the opposite of this. They ruin their cashcow and use money from that starving cashcow to keep trying to create something else but keep failing of creating a success.

CCP needs to move away from this 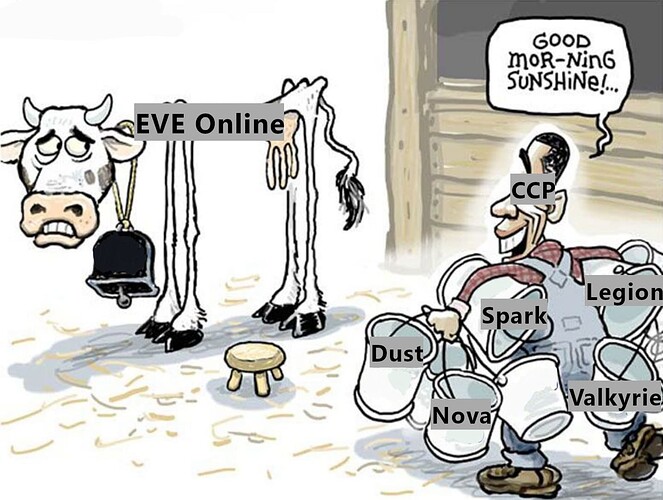 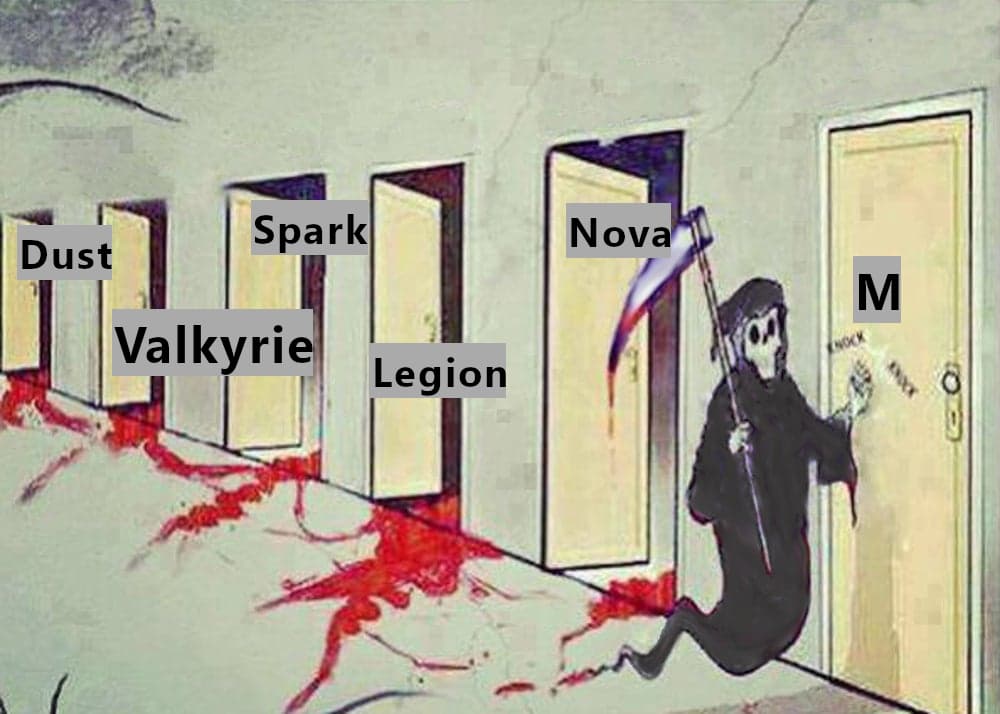 It’s called CCPGames not CCPEve though from the branding on the games I can see the confusion.

I forgot to mention Gunjack in my list, apologies for the incompleteness.

It’s good to diversify as it also helps distract employees in a good way by allowing a change of product scenery in a refreshing way, though they could try more products that don’t rely on the Eve franchise branding. That’s the problem, CCP is a one trick pony.

Perhaps CCP could also do a 20% creative time, one day a week perhaps on employee projects that may benefit the company. Not sure if that would work with a game company though.

I do not think it does the developers any good if they see their developed babies die thanks to neglect and poor management decisions. I’d find it rather disheartening if a project that I poured my heart and soul into dies because my employer lost interest in it.

Perhaps CCP could also do a 20% creative time, one day a week perhaps on employee projects that may benefit the company. Not sure if that would work with a game company though.

They could use that time to work on a number of small things related to the EVE universe. If a one man show can come up with an extremely successful side crawler like Flappy Bird, surely a CCP developer can do something similar with EVE material.
Imagine a side scrawler where you fly a Rifter through an asteroid belt or around a super carrier or titan and avoid obstacles, shoot enemies like Luke Skywalker.
Or take the concept of Mini Metro (which was originally created by 2 brothers) and apply it to PI. You get ever more resource spots with extractors on it and have to route the materials to processors, launchpads and try to prevent overflow or running out of mats to process.

There are possibilities that could work much better to diversify the ecosystem than what CCP Games tried so far.

Hope CCPGames have control of their corporate Stamp / corporate Seal in China, ARM wasn’t, see Why You Can’t Be Fired in China If You Have This Stamp - YouTube

Well, I heard other Eve players say that Valkryie was good, and being in VR probably made for a superior gaming experience than it otherwise would have been, but I wasn’t about to drop 500 bucks on a VR headset just to play it. And, it looks like most gamers agreed with me because VR still hasn’t taken off.

And they probably shouldn’t have released a hardcore shooter on the PS3 at the end of it’s life cycle. (1) Not only was the console at the end of it’s life cycle, but (2) their existing fanbase was on PC, (3) PC gamers are more hardcore than console players, and (4) the Xbox 360 was significantly more popular with shooter fans than the PS3 was (oh, and bonus points for making it on a console that was notoriously hard to develop on). It’s like, cheese and rice, what was your second choice? The Sega Dreamcast? I’d like to think that there was some factor that I don’t know about/failed to consider (like a really good exclusivity deal or something), because that one leaves me scratching my head.

Anyway, I actually think they’ve had some great ideas, and in an age where AAA devs are all about playing it safe with casualized, formulaic, optimized-for-mass-appeal games, I appreciate the fact that they are willing to take risks and innovate. I just wish they’d stop tripping over their own dicks.

Great ideas, yes. Dust could have been such a great foundation for an EVE experience on planets, in ships, stations and other interior areas. That’s where the neglect comes into play, and your mentioned boneheaded decisions. One can only hope that they learn for the giddily announced games from Fanfest… but historic evidence really doesn’t inspire confidence. Especially since that FPS has been in development for several years now and nothing has been revealed about it yet.

STOP WASTING OUR MONEY ON PROJECTS IN OVERSATURATED MARKETS!!!

I was looking forward to World of Darkness.

Can’t go wrong with cats ears and fangs and fur. Except, CCP managed to even do that.

I bet a good chunk of the price increase goes to fund those projects.
Like you build a house for yourself, and the constructor charge you some extra, not for simple profit of that house (legit), but to build the house of your future neighbor…