Being a Fanboy has nothing to do with it.

Running a online game requires customer service, the customer must give feedback on the product in order for it to improve.

We are not moving ownership or responsibilities, You are moaning but not advising what you see as the problem! Simple concept really, So what is your problem with subscribing?

We’re mocking you because you deserve it and are beyond saving. 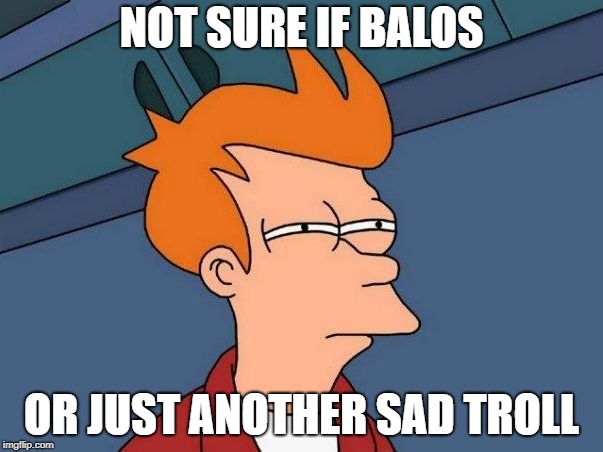 Pointless in game, pointless in the forums, you don’t have what it takes to mock anyone here.

I’m almost ashamed to be engaging in a battle of wits, with someone who is unarmed.

It is not pointless it is pitty where CCP drove himself

So if you dont hate a game because of the Dev company = Fan boy?

i think your confused about the term you use

OP is the kind of player that will stick with eve for a little bit, but will never stick around for long, even if he gets what he wants, he’ll ‘complete the game’ and demand even more or move on. And that’s the reality.

Doesn’t seem like the kind of player that is going to get stuck in with the sandbox, form meaningful lasting relationships with other players and create his own destiny.

Unfortunately op is the kind of player that ccp have been chasing for the past 5 years and it has cost them dearly.

You see, to players that get stuck into the sandbox, eve is worth the subscription. There is nothing like eve in terms of freedom and depth. That’s why you get so many players that play eve for over a decade where as the likes of wow has few lasting beyond 4 years.

OP is more part of the problem than the solution.

It is not pointless it is pitty where CCP drove himself

If CCP were pandering to the likes of you, then yes they would have problems, luckily that doesn’t appear to be the case.

They want the game to grow, they also want it to stay as true to the original concept as they can while remaining in business; you are not a potential customer if you dislike the product, stop shitting up the forums and go back to whatever game you came here from.

What problems! (For the 5th time of asking)

I am getting to the point with you that I wish natural selection had worked, But then by your posts you have shown your level.

you hate the company even though you have no idea what they are willing to do, and because a few of us defend the game itself and not the companies you call fanboys.

None of us know what ccp is doing or planned, but some of us old people have seen them proves themselves unable to do simple things.

We are stupid fanboys, enlighten us with your infinite wisdom, what are CCP’s problem that you want to see solved?

You getin to no point because CCP did not solving their problems and you can not hide that and save them.

Why, I am just mocking CCP because they did not solving their problems you are"" just stupid " CCP SAVERS

I see reading comprehension is not your strong point!

Education is a wonderfull thing by the way!

Do you understand that you are irrelevant?