As many are already aware the Crimson Harvest is back, and this time we must choose to fight the Blood Raiders, or side with them against the Order of Saint Tetrimon.

I am making a guide and will edit this post to add it when it is finished.

Feel free to post any fits, loot results, or anything else of note that you may have encountered so far.

Are the Mobile corpse tractor units back? Are the buy orders back in Delve for the Warclones? Has anyone run the escalation?

Thanks in advance! Enjoy the festivities!

Are the buy orders back in Delve for the Warclones?

Last I checked clones were going for 1mill in Delve.

Reward Tree skins are auto-injected, and not obtainable on the market. Thus, choosing one path with close you off from the others. Personally, I think Ardishapur skins suck balls. Moreover, I’d rather get skins for pirate faction ships, than for navy faction. I dunno. I suppose some people might like Sarum, but I’d imagine most people would want to side with the Blood Raiders. My only concern with that, however, would be if it affected amarr standings.

Hey, check out this video if you haven’t done so already. The other one was for the 2020 version of the event.

So far this is one of the worst events, no bounties and the loot is just ok. This event could cost you more to run than not. Drones are next to worthless as they can be 1-shot by these rats and they go after them like no other. I like the skins for the points but it might be cheaper to just put them on the market.

I’m sad that they said it doesn’t matter which side you choose, and then the skins are different. I would’ve chosen different if I had known that.

There are bounties in the crimson sites, just not the Tetrimon ones. But I get what you’re saying

One annoying thing about it is the ridiculous spam of the data sites all over the place. I have times with up to 5 of them in one system. That’s great for people who want to run this stuff but annoying for people who don’t and for whom this spam makes it harder to do their more important day-to-day scanning to keep their space clean. What makes this spam really annoying is that the data sites are tier 3, which makes turns the scanning of your space into a real chore because they require 2 more scan cycles than tier 2s. That adds up over the day. Considering how mostly worthless these sites are, there is no reason why they could not be tier 2s and make everyone’s lives better.

Just send me the locations, I’ll take care of them for you 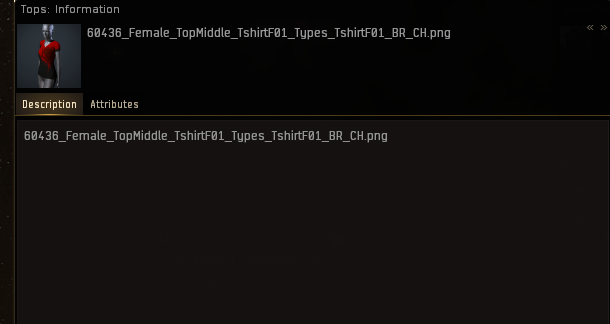 I remember when these events were fun. They would spawn so often you would never run out of sites to run. Now you can travel around for 30 minutes and maybe find one you need. If these events keep up like this why bother running them at all. This isn’t fun its work. To find enough sites and run them is just frustrating. If it wasn’t for the blood raider skins I wouldn’t even bother.
Actually now that I think about it, when I do find a site I’m not finding much competition with them. I wonder if players are actually bothering to running them at all.

I spent hours running around WH space and did not find one. I have put maybe 20 hours into this event and found 2 data sites. From hereonin I am just ignoring these crud events from CCP. Not worth expending the effort on a tedious part of the game

I’ve found plenty in high/low. None in WHs yet.

I’ve found 2-4 in almost every system. I’m hanging out in Amarr lowsec.

Okay, sites aren’t spawning as much (or giving as good of rewards) as they were in the days of abundance, but I have seen worse spawn rates. One thing I can say, however, is that when and were you run will make a difference. Now, things might be bad when PCU’s are high, as competition will be more fierce, but I’ve also found that sites can be kind of rare when PCU’s are low. I think this is because fewer people running sites means fewer sites are available to respawn. So, they’re probably building up somewhere. Thus, the question becomes, "where? (Moriar has apparently found the answer… well, either that, or he’s trying to get people to fly through his gatecamp

Regardless, I’ve found that I can’t run the same loop over and over like I used to back in the days of abundance. The sites just don’t respawn fast enough -which results in me depleting the area. So, it’s quite possible that something like that happened to you. Combine flying around after someone else had already cleared out the systems, with low player numbers reducing the spawn rate, and some bad RNG, and boom -no sites.

Anyway, I think CCP probably could stand to increase the total number of sites and/or limit how many can spawn in a region/constellation/system so that they don’t collect in places where they aren’t being run. I have no doubt that there will be people that argue that CCP should do nothing, and that players just need to keep searching until they find where the sites are. But, I also know that players don’t like to spend more time looking for content than they spend actually running the content. Like I said, things are better for this event than they have been in the past, but I still think that CCP is being a little stingy.

Posting my opinion of the event based on my experience.

Hacking sites are not new player friendly and require high level skills and top equipment to scan and complete.

Seems that majority of players picked hacking compared to combat. I see a lot of combat sites available for both sides whereas the Hacking sites are few and far between.

As for picking sides, it seems majority of players sided with Tetrimon because I find more of their sites available than the Crimson sites, especially for the Hacking sites.

Most importantly, having the Agency point spread set to 900 is way too excessive, especially when the event sites have a low spawn rate. Not to mention having to open the Agency each time after you complete an event task in order to claim the points is a time consuming click fest.

Lastly, having rewards soulbound to the character sux big time and basically destroys the main aspect of Eve, the player market.