I see the parade of

I see the parade of

Indeed. I don’t understand why there is such negativity to the idea of walking in stations.

Walking in Stations? That is not what anyone signed up for when they first started playing Eve.

Maybe you weren’t there, but from 2003-2011 WiS was one of the single most anticipated features for EVE along with planetary flight. A lot of players expected EVE to introduce avatar based gameplay at some point, a lot more people than you seem to think. One of the reasons for the summer of rage (not the biggest, nor the smallest reason) was the immense letdown of the result - a single CQ for the launch of the expansion - combined with the perceived lack of focus on other game development; “we waited 18 months for this?”, so it is really stupid to say that oh, nobody wanted it, because a lot of people really did and got really burned out from the broken promises by CCP.
Incidentally it seems most who parrot this “nobody wanted WiS anyway” view tend to be characters that have been created even years after Incarna was released - so basically second hand information. Of course it is impossible to say for sure how long and who has played the game before, since even I have older characters I don’t play (because I don’t remember the password and the email provider used no longer exists).

CCP makes the canvas. And nothing else! And as long as there is a suitable canvas, the capsuleers will come.

Your canvas theory is weird. Avatar gameplay would be more canvas, not less. And then, if CCP is only to make the canvas like you say, then cease all development of all other features, just graphics updates and bugfixes from here on. But this isn’t working, capsuleers are not coming, in fact they are leaving, you can go check eveoffline yourself, player average is in a slight downward trend even now, though CCP’s done nothing but focus on spaceships for several years - They have not done anything with the character creator or CQ besides maintenance since 2012.

Indeed. I don’t understand why there is such negativity to the idea of walking in stations.

Because we were having fun wrong.

I really think Eve does need walking in stations, it would improve the game so much…

it would be so good too walk around the stations and interact with other players, drink at the bar, play games and then walk into ship and undock…

Okay, let’s use the power of these forums to bring some numbers.

Vote in the polls and ask your friends to vote too. Voting is anonymous.

Do you think Avatar Gameplay in EVE is needed?

If CCP has a solid ground and resources to implement Avatar Gameplay, how would you like the process to develop?

Select the things that apply to you. You can select multiple options (max 4). Remember to click on Vote Now button after you make your selection.

If you think there should be more poll options or additional polls, ask me to update the post, or make them yourself.

Let’s see what the results will be.

Okay, let’s use the power of these forums to bring some numbers.

Vote in the polls and ask your friends to vote too. Voting is anonymous.

Hmmm I didn’t know we could do this here!

After such a fierce discussion, I feel this is much needed.

you’re voting on a vestigial feature. only 3% of players used CQ because it was never finished in the first place. why would you spend time in a game feature that doesn’t do anything.

I think at this point avatars should be removed altogether. Instead of character creation at startup, give descriptions of racial weapon and ship characteristics to better inform the new player’s decision.

It is a sad thing to hear this opinion, especially coming from you.

Well… I dare to say that we’re voting on the idea behind Avatar Gameplay, not just on the current implementation, that was brought down recently.

And isn’t it strange? We, the EVE players and devs, have probably the best character creator a video game has ever had, but we’re still having difficulties to utilize it properly.

Some time before this dev blog announcement I wrote a little blog post, offering a solution to the problem with the Avatar Gameplay situation. Check it here if you want: 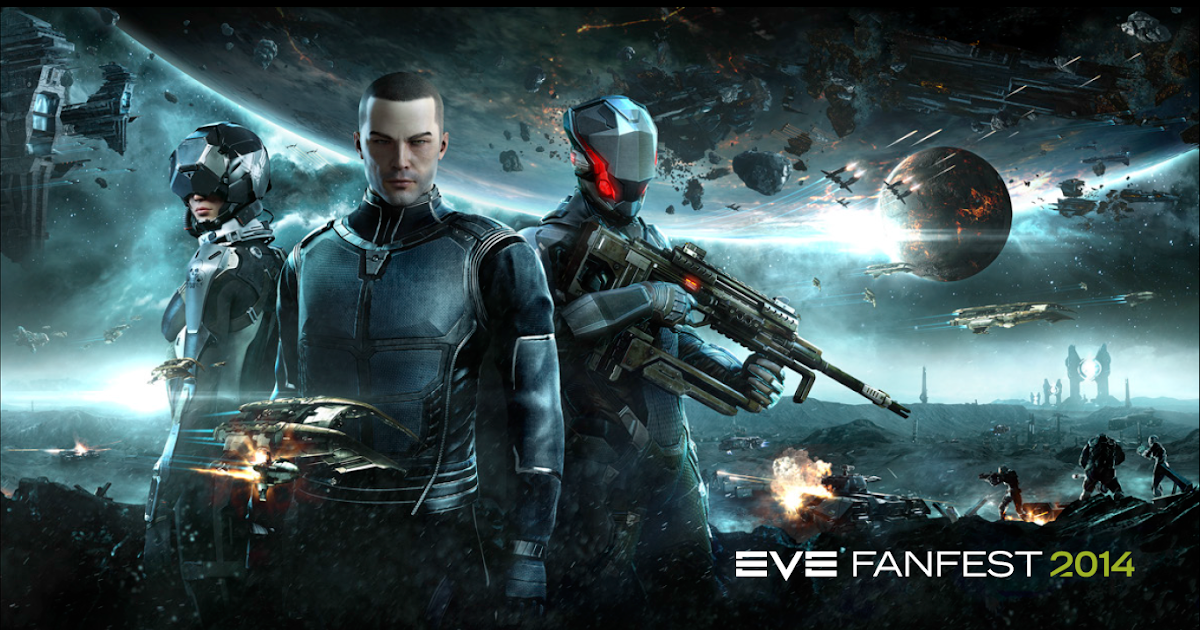 Hi, folks! It has been a while. I was away due to Real Life. I may describe the things me and my family went through in a future post. Wil...

Also: I don’t feel comfortable sharing other games info and demos in this forum, but I’ll risk it this time.

Check out Star Citizen’s recent demo at Gamescom. TL;DW (Too Long;Didn’t Watch) - In the beginning they show off some really cool Avatar Gameplay features, including ones that CCP has explored ages ago, like ingame voice communication that is actually using the engine physics, enabling players to speak within ingame hearing range. Also adding some more cool features like facial recognition that is translated into the avatars expression. Later on there was a severe crash while the ship and the crew were flying to the destination. They restarted the demo. Then they showed some space battles that weren’t all that impressive. I am noticing some poor design choices when it comes to ship landing - the ramp of the big ship was deployed, but due to the uneven terrain, the vehicle couldn’t climb it and it was squished as a result.

So, what makes me sad is that they are soon gonna have Avatar Gameplay with nice features, and they will have it for granted and they will not even question its existence, while we here are stuck in an endless debate on whether it is good for the game or not.

Here is the video:

Again: sorry for posting another game info, but I feel we need to compare things in order to imagine them better.

Watched it my self liked everything they showed but general readiness even for alpha dissapointed me.

Flight model is a bit plain hope they work a lot more on it,NPC except mission giver is non existent I was hoping for more,considerably more functionality by this time.

For now it is 12 ppl empty space sim with severe bugs as main feature.

Environment is great but can’t shake the feeling place would melt,crash and burn hardware even with 50 ppl barebone it is.

Yeah. They have a long way to go if they want to implement this in a good way. Still they have good progress, at least with avatars. I guess we’ll see the performance of their Avatar Gameplay soon enough, when it goes live.

I don’t support or play their game for two reasons: I am not a fan; and my PC needs a serious upgrade in order to run it. My brother likes it though.

What worry me about avatars game play is it will introduce another layer of complexity into EVE, which already has a steep learning curve at its current state.

Another thing is the current graphic engine EVE is using. Base on this reddit post, spaceship rendering is very different than character rendering. The later is much more complicated.

Well, the point is that CCP abandoned the idea of avatar gameplay between 2011 and 2012. They also abandoned the vision of a “greater EVE” where everything was possible in one game, and replaced it with “EVE franchise” so different takes on the EVE universe could be developed as standalone games. Here is were come Valkyirie, Gunjack and (maybe, if ever) Nova.

Also in a way their attitude shifted from “do the impossible” to “struggle with what should be possible but oh you never can tell”. For an instance, updating or improving the POS code is so impossible that they’re just removing POSes (but not the code) and replacing them altogether.

The avatar train is not just gone: it crashed after exiting the station and nobody in the company is interested to go in that direction. There’s still passengers hoping that a train will come, but that’s not going to happen unless CCP makes EVE 2 from scratch with avatars in mind. That is extremely unlikely unless CCP becomes a larger company with so much income from other games that they can afford to develop a new EVE while putting the old one in maintenance mode.

I have also noticed that the EVE engine has some difficulties rendering characters. This is why I have suggested to bring the WiS thing in Project Nova (in my blog post, linked above).

And don’t forget Character Spinning (x2) I,II,III,IV,V. It will be a thing when we finally have the features.

I would love to hear what CCP has to say on the matter whether they want to implement Avatar Gameplay or not. Like an official statement etc. The current dev blog makes me think they still want to implement it in some form, sometime in the future.

The avatar train is not just gone: it crashed after exitinh station and nobody in the company is interested to go in that direction. There’s still passengers hoping that a train will come, but that’s not going to happen unless CCP makes EVE 2 from scratch with avatars in mind. That is extremely unlikely unless CCP becomes a larger company with so much income from other games that they can afford to develop a new EVE while putting the old one in maintenance mode.

Well, my thought is a bit less drastic then an EVE 2, but CPP, instead of continue to do everything in house, may need to switch to 3rd party rendering engine.

But back to avatar game play, as I wrote in another thread, a feature need to serve some purpose. What Avatar serve us as the pilot? If there is no clear benefit for us, we will stop using it (or only a minority using it like CQ). But if there is benefit, then they properly will come with cost. In EVE term, the logical cost will be training time and skill books. Once I start thinking station training, I just can’t stop mapping other games skill tree into it …

They have said many times that they will not do it. It’s too complex for the current software, they’re focused on what they’ve done right aka spaceships, they’ve shifted to franchise… The reasons vary but all mean No.

Avatar gameplay is all but forbidden. Don’t plan to, they can’t do it, they don’t want to do it.

Really running with the idea?

No, they will not implement it in EVE for sure at this point. Spaceships and Avatars are not compatible for them on the gameplay, technical and design level. CCP have nearly the same amount of devs as CIG have, but they are all managed so they will do many games at the same time, not one. SC is way ahead from the rest of gaming industry in what they have technically done for now. Its a great undertaking and they work on only one game, on a massive scale.

From a developer point of view, SC is like the biggest uncut diamond ever found.