Ganking and PVP: Numbers in perspective

This would also move ganking up to around 4-7% of all PvP activity. (Again, very rough estimate.)

Not sure of the math here.

Even assuming that an estimate of 36,000 ganks per year is correct rather than a guess, then from the monthly economic reports for the last couple of years:

best guesses aren’t going to change anyone’s opinon. Even with data, people still will fit the numbers to their opinions anyway.

Yes, for some people, any data that conflicts with what they want to believe is irrelevant. For other people, any useable information at all is preferable to none.

As said in the OP, I was simply trying to get a handle on whether the discussions of ganking were trying to make a big issue out of a comparatively small one - not change any opinions.

While taking a stab at this, I learned quite a few things I hadn’t before, and changed my own opinions - which is really all you can hope for in these things. I just posted it for other people to review because I thought it was interesting.

Until such time as one can definitively show who is genuinely noob or not, stats about noob ganking

True enough. Which is why I came to the conclusion that I couldn’t make even an attempted valid estimate without access to CCP-level data - which would include some information on actual newness of characters or not.

Also, the analysis itself isn’t focused on new or “noob” players at all - I point out several times that they apparently make a small portion of ganks. It’s about ganking - not noob ganking. And ganking a 2 billion freighter from a 6 month old character might actually be more relevant than any effect on true noobs.,

Not sure of the math here.

Well, thought I had made it clear more than once that the ganking review was looking at high sec only. However it won’t hurt to make that more clear. I’ll edit a few places to clarify.

They won’t be using the same data set.

They definitely aren’t. The MER includes all PVP related kills while zkillboard doesn’t.

zkillboard stats include only PVP kills that zkillboard has access to, but zkillboard has a whole lot of additional NPC related kills that the MER doesn’t include. To get the most complete picture outside of CCP, both sets of data are needed (and still then, for some ships, it’s difficult to be confident in analysis, while for others, confidence can be close to 1 on the results when combining both datasets).

However, the edit to restrict to highsec is a good clarification (and not clear even from the OP whether only highsec data is considered, because the OP certainly includes numbers that involve non-highsec pvp losses).

But, if you are only using highsec, do you have the numbers handy? (it’s easy to extract from the MER, so I assume you did it to get to the 4-7%).

This would also move ganking up to around 4-7% of all PvP activity in high sec.

Implying that ganking is PvP. Which it isn’t. Ganking is seal clubbing (whatever that means).

you do know ganking violates several countries and US states laws against cyberbullying right? you can go to jail if prosecuted by the proper authorities.

I do hope you are being sarcastic here, but just in case I will refer you to one of your own posts…

seal clubbing (whatever that means). 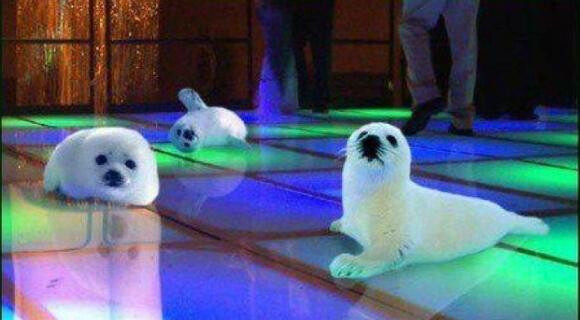 I wonder how much would game profit by not allowing the Red Sefety setting in high sec. Outlaving criminal activity by a CONCORD safety settings in every ship.

CCP could even make an event and try that for some time, to test things.

PVP in New Eden is very bad to the pilot security status.

The other day in Lowsec I had attacked an Amarr Pilot Capsuleer and even though I am Minmatar I notice that I lost 0.5299% of a point from my status.

This is crazy in Lowsec to lose so much from one action. It was on a Open PVP Gate too.
If Faction War is going to be like this I think I might pass and stick with pve.

After All I am a Miner!

I believe it’s the capsule kill that generated the larger sec status hit. Just killing the Caracal would have been significantly smaller.

Still it is punishment to pvp to even take status away when it was not a criminal act.

If you killed a pod in lowsec, it is the only criminal act in lowsec I’m aware of.

Also your sec status penalty depends on the sec status of the victim. If they’re 5.1 then you’re going to take a larger hit than if they’re 0.1.

I went to shoot at the head of state inside his fortified empire space. The Amarr Emperor ordered the removal of my ship and my lifepod was destroyed. I was suspect at the time as I was there due to direct military orders that had been passed down by the Minmatar Republic.

Still it is punishment to pvp to even take status away when it was not a criminal act.

i realy didn’t saw because my overview is screwed to friends
BUT
nowadays if NON militia enter militia complexes they become suspect
that was made to be because there is a power unbalance between militia and pirates
pirates are more powerful because they can dock in any dock , militia can only dock in their empires dock
and pirates use to scam militia and bring counter ships / blinged ships in the last minute to incite FOMO and get a fight
now the militia guy can see the pirate blinking yellow wen he enters making easier to identify if its a pirate or other militia guy
they can also engage the pirates in the gate with no penalty and no aggression by the gate guns during that suspect period

pro tip , you are in a medium , nothing on DSCAM, dude starts blinking , ITS A CURSE RUNNNNNNN

IMO its a balanced system

anyway low sec have a bit o SEC so you take some sec status for fighting neutrals , just don’t pod and its fine , in the case of suspects or war targets you don’t take the hit

A balanced system with the secruity status drop for engaging into pvp while in lowsec?

I think then nulsec is the best place to Faction War then as I feel one should not be discouraged to pvp in lowsec. Minmatar vs Amarr are at war and taking security rating off a pilot I see as not being very balanced at all in that scenario.

Does CCP want pve capsuleers to start faction war fighting or not?

So the change in Uprising will show this? Did they solve the issue of being in a Corp at the same time as signing up for militia?

So the change in Uprising will show this? Did they solve the issue of being in a Corp at the same time as signing up for militia?

i don’t know
im talking about the a old change that make pirates turn suspect wen enter plex
for what i know you can register your entire corp in the militia, and them your corp enter the alliance amarr empire

This is why I could never join the holly amarr empire!

you are to cute to be a minmatar