How to play this game when i cant earn ISK?

Cool, do you feel better now?

Everyone is telling me how this is NOT pay to win game and yet- I bought plex, bought skill points- opened up some skills to 3 and 4- and all of the sudden I can scan down tier 3 data and relic sites that allowed me to push earnings from nothing to little.

Don’t underestimate the Sunken Cost Fallacy. When these people began their Eve carreer, it might just have been different. When I started playing it certainly was not paid to win, as you couldn’t get SP with $ or € back then. Another aspect is the fact you can kill a Battleship with a Frigate if you know what you are doing (the “bigger is not better” aspect of the game). While that aspect is still true (AFAIK) you are indeed able to “win” in PVE & PVP by throwing more money at the game these days. Not having to do this and still have a good time is a symptom of having enough SP to diversify activities to keep things fresh.

Cool, do you feel better now?

I’m not the one who needs salve, friend. I am just fine, you seem to be the one having issues.

I just type numbers into the market and I get billions of isk in return.

Yeah, sure thing there buddy.
Do you usually go around calling people names?
You must have a lot of friends, yes?

Yeah, you do.
Continue to have a great life.
Bye

And you make that starting this year, yes?

For Folks who are 'Leaving' General Discussion

I get it, you are pissed off. Someone (either the company or some player who obviously cheats) has done something and it was the last straw. The last, I say. So you are quitting the game, deleting the files and burning every bridge you can. What I do not get is . . . why. If you are hoping to change the game, make the devs listen then let me assure you a tantrum is not the way to go about it. If you are trying to warn the rest of us of the evils of this game . . . we know, some of us ARE …

Thank you for caring enough to reply.

CCP has the mantra that information is to be found, not given, when it comes to eve. very little has been given out by ccp, most everything you find on eve wiki, eve survival, etc… has been player found, cause thats how CCP has wanted this game to be.

There is 18 years of information on the interwebz about eve online… its up to you to find it.

Thank you for caring enough to reply.

You’re welcome. That was just an FYI.
It’s just a game. No need to get all emotional about it. Be happy that you only spent €30 and then realized the game wasn’t for you.
Imagine playing for two or three years all on Omega and then rage-quitting. It would’ve hurt a lot more.
I hope you find a game that entertains you AND is easier for you, they’re out there.
Try Elite, it may be more to your taste.

Yeah, problem with me is that I am stubborn. And hate to fail. So I will push through probably justt to find a way. But ef me if I ever saw less interested devs in my life.

Do you usually go around calling people names?

I called you no names.

You must have a lot of friends, yes?

So players who are not crushed emotionally and mentally by a video game are “elitist” in your view? Ok… Real life is so much harder than a video game, people should be embarrassed how they mewl and thrash about in “agony” over a video game.

i didn’t see you call him any names either…

While there’s probably a good mix of opinions on exactly how engaged CCP’s dev team is, one thing I can guarantee is that you are experiencing the early stages of the game exactly how it was intended to be.

I do, however find it interesting that you claim Eve is pay to win, and yet you paid over the odds for your Plex and skill injection, and did not win. Does this not demonstrate to you that while Eve offers ways to spend more money, it does not guarantee that that money spent will result in progress in the game?

To the OP, Have you tried begging?
There is good ISK to be made by begging in trade hub systems.

Launch a few fireworks outside a trade hub station and request that people throw some ISK your way for the performance.

Do you still have the 90m for trading? Could do station trading with buying from buy orders and creating sell orders. Or buying from one trade hub and selling in another trade hub.

I do, however find it interesting that you claim Eve is pay to win, and yet you paid over the odds for your Plex and skill injection, and did not win. Does this not demonstrate to you that while Eve offers ways to spend more money, it does not guarantee that that money spent will result in progress in the game?

stubborn. And hate to fail.

Nobody likes to fail and I don’t call it “fail” in a video game, I call it a missed opportunity.

So I will push through probably justt to find a way

It’s not that important. If it’s not fun for you just play another game. There is no shame in acknowledging that a game isn’t for you. Lots of people play Battlefield, I don’t, it’s not for me.

But ef me if I ever saw less interested devs in my life.

That’s another topic for another thread. Lots of players don’t hold EVE’s Devs in their heart.

You see- that right there:

“was fitted with a covops cloak thus can warp in cloaked”

HOW THE HELL can I know about that?
I tried to find information on how to be safe, on how to make sure nobody is around- and yet, after week of searching I find about this now?

Any rudimentary Google search like “stay alive null-sec” or “null sec dangerous” or “avoid lose ship EVE” would point you to wikis and videos explaining these various game mechanics. How you managed to find nothing after a whole week of searching is beyond me.

If I had a chance to find out about it- I would NOT stay so long out there, I would pull into station and leave my loot there or something- I would not spent three days out and let 300mil to go to someone else.

The fact that, as a gamer, you didn’t at least assume that an open-world PvP game (you at least knew that EVE was an open-world PvP game, right?) with a science fiction space theme would have various gameplay mechanics like cloaking and electronic countermeasures means you need to reevaluate how you play games in general. You were literally using a cloaking device yourself, for the purpose of avoiding other players, and assumed that other players wouldn’t do the same to you.

Additionally, you ignored your own instinct to drop off your loot at reasonable intervals and chose instead to hoard it in your cargo based on convenience alone. You knew that the possibility of danger existed, otherwise you wouldn’t have brought this up just now. It was your judgement call to not act on this when you had the chance because you assumed that you could deal with any danger in the absence of knowledge of game mechanics like cloaking. This means that you ignored the possibility that someone else could’ve simply outplayed you, which is a very likely scenario in a game with tens of thousands of players logged in at a time. Even if cloaking didn’t exist, you could’ve still died, but you chose to ignore this possibility.

That was your choice, and the game and the community are not at fault here at all.

Third time I lower the price for 10k and next morning I woke up, check the price and someone put 100 items to sell for 100isk more then highest asking buying price( which was 10% of my asking price

So you’re telling us that someone screwed up by listing a sell order at buy order prices for an item with a 900% margin, and you didn’t instantly buy it out and relist it for a huge markup? And are instead complaining about this rare opportunity to basically get free money as being cannon fodder for old players? 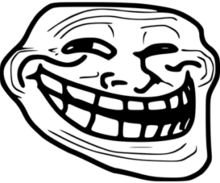 Here, this is what I got from time I started this thread:

What you got is tens of hours of meaningless PvE grind time that did absolutely nothing for your progression in the game. Maybe you should’ve considered actually playing the game instead of grinding out fake space bucks, especially since you…

Everyone is telling me how this is NOT pay to win game and yet- I bought plex, bought skill points- opened up some skills to 3 and 4- and all of the sudden I can scan down tier 3 data and relic sites that allowed me to push earnings from nothing to little.

…Didn’t really need them since you can afford to drop cash on PLEX.

The game doesn’t even have a million active accounts total. Also you can see character details in market transactions, so if you have any empirical evidence that there are market orders being made by “CCP own bots” you should show it to us.