I was doing mission and the NPC started to write in Local.

Imagine if that being said via voice incloding it is written in local.
This will pull this game from being creepy and boring to be more active
and cheering.

Let Aura Say that like she say warp drive active .

EVE has no sound.

Like over a decade ago when people realised CCP sucks at optimising features for performance alot of people turned it off for good.

Some of that bad optimisation still haunts us for example being docked is more taxing than undocked old CQ was another example too,the ancient damn volumetric clouds in missions and DED sites another example.

EVE has no sound.

In space no one can hear you scream… or fart… or lol.

Unless text to speech becomes easy, cheap and immersive, voice acting is expensive and only any good as long as what is said doesn’t change.

In a game that is constantly updated like eve, you’d have to keep in mind you have to hire actors everytime you add or edit anything that’s voice acted. And that can be unrealistic sometimes.

This is features and ideas not ccp budgeting division.

Anyways +1 for more immersion/noises as long as it’s optional.

Awww, boo boo…does my post get in the way of your utopic dreams of rainbow cities where no one dies and everything is free?

I wasn’t shitting on the idea mate. But if anyone is wondering why this hasn’t happened already or why we aren’t voice acting everything now we’ve done it with the npe, this may be why.

It’s not cheap and easy to do. Especially compared to getting any old chap to type it.

Unless text to speech becomes easy, cheap and immersive

I like the idea of NPCs yelling at me before I mercilessy murder them with my lazors. Pew Pew!

As long as it is not all the time like that dong sound - who remember this bad idea?

Anyways +1 for more immersion/noises as long as it’s optional.

Boo boo my ass lol I’ve done as little pve as anyone I know. Money is easy and funding pvp is easy as long as you don’t explode often. Idk where you got the idea of me wanting some pve utopia.

There aren’t that many missions total and adding voice bits to half of them could be done in a single day. It’s literally talking.

No mention of pve. I don’t know where you’re coming from trying so hard to be a bad ass…

It’s not just talking though. You couldn’t be more ignorant. There is an entire profession around voice acting for a reason. Amateurs are worlds apart from professionals.

Take Clear skies 2. The mercenary character in this project is a professional voice actor and, although the others do pretty well, you can tell the difference from the other voices done by amateurs. And this is why it’s worth getting Katee Sakhoff to do voice acting for eve valkyrie.

Then consider how even professional voice acting is not always received well. Take the new aura for example. She got a pretty frosty reception. But i doubt anyone is going to record a new voice for her anytime soon since it’s all just been done and paid for.

There’s obviously more missions than you think there is. And you think people will be happy with one person doing it? Of course not. Different characters get different voices.

Good that i see some Agreement.
Let us see more opinions.

+1 for mandatory text to speech for jita local. I play with sound, I keep getting mocked for it. This should be the 50 ton steel beam that breaks the camel’s back and gets me to turn my sound off.

Sound is a myth

i just trough Idea and not sure if noticed or not.

is it possiable to be happend ?

Anything can be happened if you put your mind (and wallet) to it.

Problem is, it’s a waste of effort and money. I’d guess that >90% of missions that get run are blitzed. Apart from a few RPing snowflakes nobody would listen to it.

Missions need to be looking at to improve the game.
It is short story and dublicated within diffrint faction.

We create the most realistic artificial voices in the world.

Voice cloning has made quite an improvement. Takes about 3 hours to build a really solid sample library from a consenting vo talent. 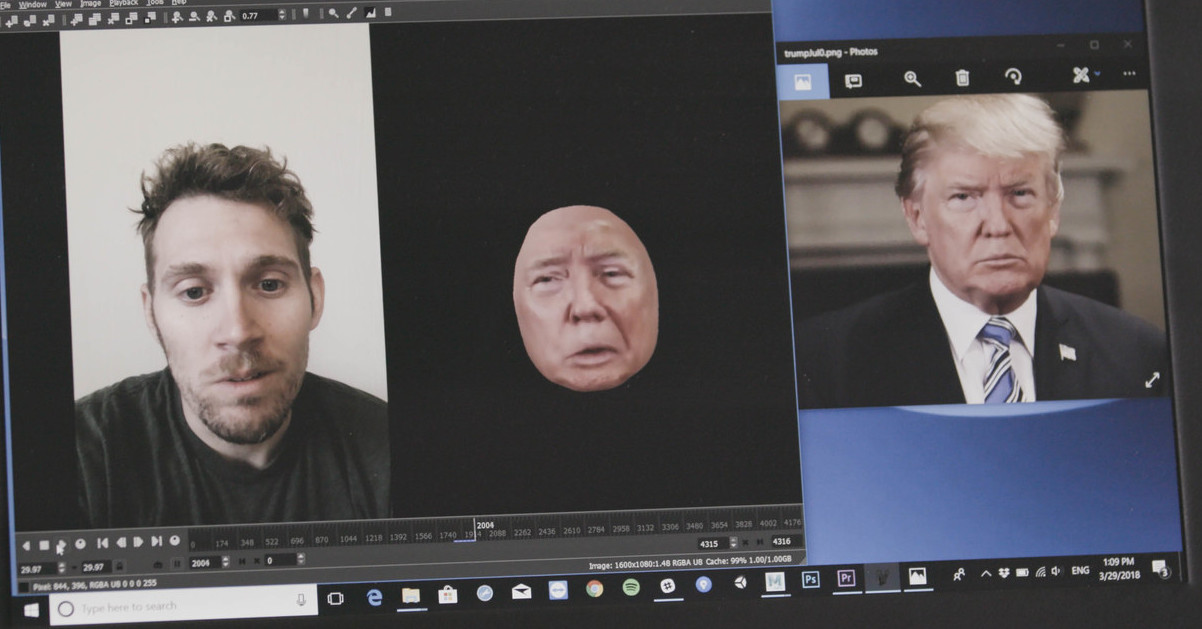 You can watch our journey into the terrifying future of fake news on BuzzFeed News' Follow This series on Netflix.

I’ve seen this before, but it’s not yet known, to me at least, how viable this is to apply to something like a game.

How does the software translate a stale un-talanted persons speech taken straight from a script into a dramatised, emotive and immersive piece of audio?

Celebrity voice acting is expensive.
Just get some Eve Nerds to read from a script and submit it.
I’m sure anyone’s voice is good enough for non re-occuring characters like “Pirate Squad Leader”
Still, it’s development time spent on non-critical things I guess.