Is there anyone hoping to see a more "Man-Role-Playing" New Eden? Or 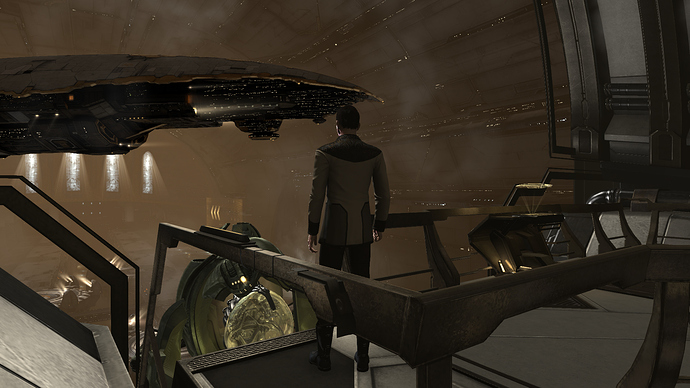 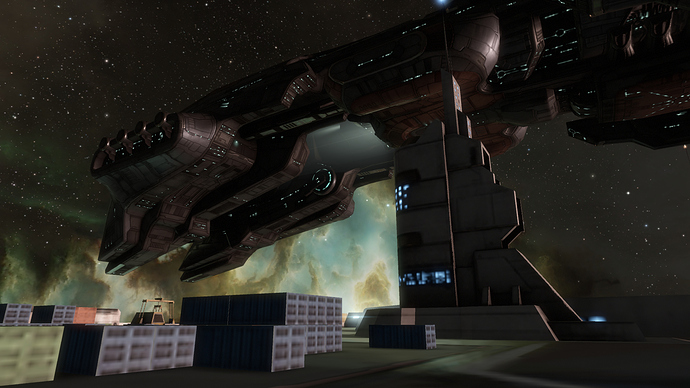 I know there is limited money and vigor, but I still hope EVE can be a “role-playing” game, with the retirement of

the Captain’s Quatrer, I feel that it is more like a “ship/structure-playing” game, I know there will be many

players telling me to go to StarCitizen, just wanna know if there is anyone who’d like to control the captain at

times and live a “In Station Life” in New Eden.

emmmm … looks like I shouldn’t have added the “Enter” to make it looks looser:thinking:

I personally was very sad to see the “walking around feature” removed. It was a good reminder that the ship was not just something purely mechanical, but there was a 'living ’ person inside controlling it. Unlike most players here that play the PVP aspect, I quite happily enjoy exploring and going from stations to stations, so being able to get out of your ship and walk around the quarters was a nice aspect to the game. I hope they do bring this back or have bigger plans for it.

I hope they do bring this back or have bigger plans for it.

Yeah I still have this “dream” or something like that, are there many players interested in this?

Yeah, you can no longer leave your ship and visit the Quarters. https://www.youtube.com/watch?v=uqCLSASsmEs …but there is talk it will come back in some other format. I really hope so

According to the video, the developers noticed that not many people were actually using the feature, so they decided to spend more of the time working on other areas of the game. I can understand that but it’s a shame.

I guess the reason why the 3% players using the Captain’s Quarter is that thay have been dreaming and was still dreaming and waitimg for the “Wakiing In Station” part, the other 97% may had already given up waiting… Cause the old CQ has nothing to do inside but sitting on a sofa

It only distracts from the spaceships and causes players to be less often in space and to end up more spread out over too many areas of the game.

So EVE is only a game about spaceships without people that can be controlled, all we can do is to live a life as a ship or a citadel ?

I’d love to see other parts of the universe explored. Loved the concept of Dust 514, but I never had a ps3 to play it, and neither did most of the people I played even with so I guess I’m not all that surprised it died. And Valkyrie looked awesome, I got to play the demo a few times but VR just doesn’t have the base to make it super viable.

Walking in stations I think has some potential but well, given the way CCP handled that I think I’d rather see them focus on in space activities. The carbon graphics engine seemed really cool at the time, but they pretty much abandoned it, and as it’s only used for character creation and captains quarters I’m not surprised they axed CQ.

I’m excited for Project Nova, I think a space shooter could be cool but again this will come down to execution, and CCP’s determination to make it work. Also if Nova goes well I think it’s possible they use it’s assets and graphics engine to design ship/station interiors and get a 2 for 1 benefit with Eve.

That made no sense. Are bots operating in the forums now?

So EVE is only a game about spaceships without people that can be controlled, all we can do is to live a life as a ship or a citadel ?

Yes, for more than 15 years now. CCP had tried to implement it, but players protested on the forums as well as in-game with organized events. CCP called it “walking in stations” (WiS), but most players back then already understood that it also means “not flying spaceships” and most of us didn’t want this. Hence was WiS stopped and later removed.

I don’t know, but I did see a bot replying in the forum…

Exactly the same as my opion ! I’ve been thinking about the life of a man in New Eden since I’ve played it, and will there be any chance of outsourcing the WIS part to CCP Shanghai or Netease in Serenity? I know there a quite a huge amount of players in serenity hoping to play cards or chess in the CQ … at least for 6000 … … three years ago …

Well, now you can play that without a VR device, but hardly can see a player in EVE Valkyrie, the only reason I bought it on steam is to add up to my collection.

Star Trek Online have a lot more tools than EVE when it comes to using avatars for roleplaying. Have you tried it? I feel your pain, in EVE you could be majorly disappointed its just chat and forum, or your spaceship always seen from outside, whatever you do. It will stay that way I fear, for eternity. 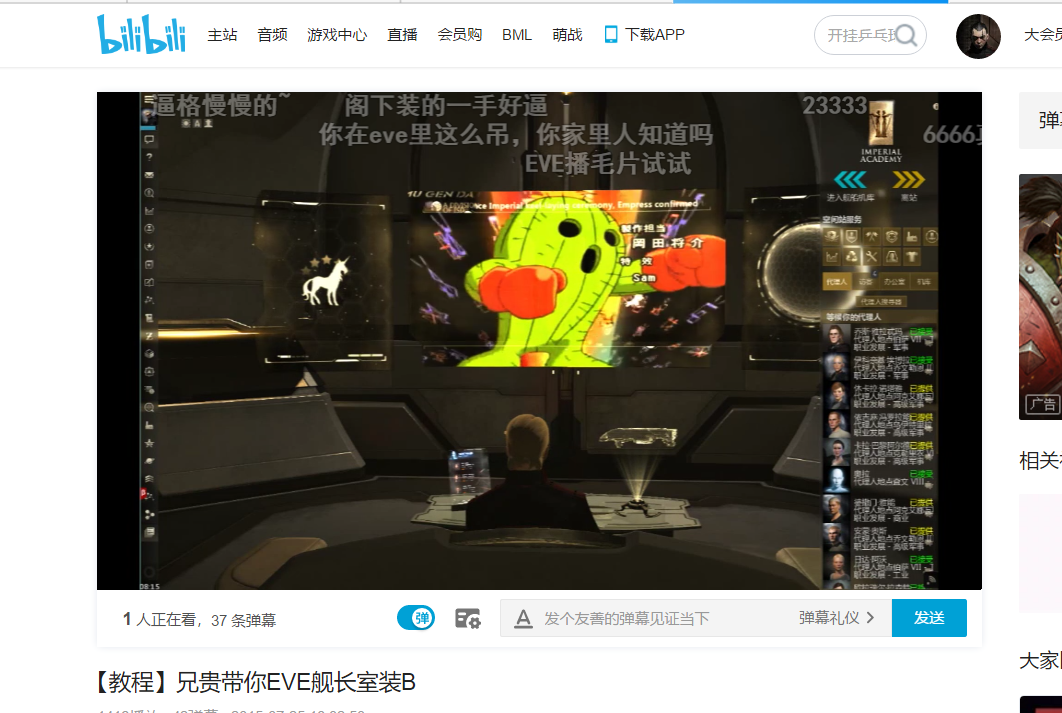 Have anyone thought about this before? Or … things like that

I had all kinds of videos there, custom ones. I converted them and watched from CQ.