My main started eve in mid 2005 and has been playing since except maybe for a total of 1 year total i have not played since 2005. I dont consider myself space rich with only having at present just shy of 200bil in isk and est of 450 bil in assets like ships BPs etc etc left.
I have come to the very hard decision that its time to quit eve

Mainly due to age and health reasons but also the game isnt what it used to be. I know EVE envolves like all games must but it doesnt bring the urge to log in each day anymore.
I want to give my assets etc away. I have already bio’d all my toons and given a large portion to my ingame friends, But i want to give the rest away in a good way.
I have been going to random systems and saying hello in local and those that have said hi or what not back i have given either isk or what ever ship i was flying away with a cargo hold with mix of BPs and injectors, Also have given isk away to random newbros in starter systems.
Done the abandon a rookie ship loaded with plex and stuff at random gates from dodi to amarr and other spots.
Done the ask a question thing in local chats and given ships / isk away. But it all seems the same boring way that people give stuff away.
My question is what is a good way to give it away to people who will most likely benifit from free stuff. No i will not give isk to the “Can i have your stuff” crowds. But looking for something different, I rather help new players as they are what will keep the game going ( after all it still is a great game )
Looking for ideas that are different.

P:S Sorry for the wall of text

Hi,
Im new to EVE, and i want to experience everything that it has to offer.
It seems like you are an experienced player, and i would love to get some isk so i can explore this giant universe.
Thank you!

If you are in the career systems keep an eye on local. I drop in, (Usually 2x a week), and hand out free fitted frigates/destroyers and even the occasional cruiser as appropriate to the location and age of pilot. This initiative is sponsored by older players who have donate isk and materials to give the new players a hand up. If you are under 30 days old as a pilot? Speak up before i leave and you will get a ship, wait till I say ‘later gators’ and you will have to wait until next time I pass…

It be like Bill Gates saying “hey, I’m a trillionaire but I don’t consider myself rich”
I bet the Rockefellers and the Rothchilds don’t consider themselves rich either.

I have moved your Post to the correct Forumscategory.

Some people operate on different scales. 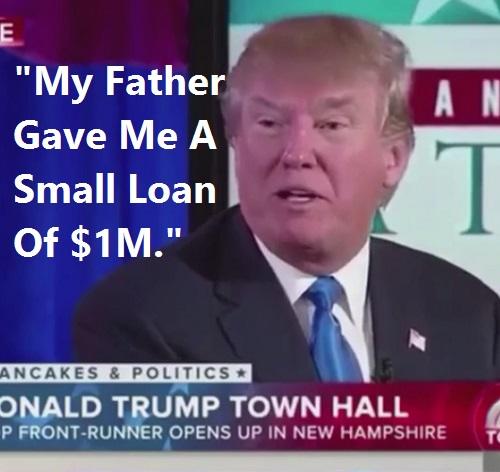 Some people operate on different scales.

Some people are freaking nuts. That’s all there is to it. Calling 200bil “not rich” is like calling a corpse “alive’n’kickin”

Yes that was the very point of my post.

What you posted didn’t mean they’re nuts, to me. Some people do operate on different scales: geologists and cosmologists… Of course the picture of Orange Man should have been a clue. I didn’t expect it.

Well it is both true in the general sense and at the same time they are nuts compared to regular people. That is what that meme represents.

As I recall it went like this: Said person on the meme tried to show that anyone can get by in business just as he did as he got a small loan of 1 mil USD from his father to start his business and he became a successful businessman. Obviously this resulted in a backlash by the general public and the birth of said meme.

Because clearly that claim is absurd and shows the disattachment of such people from the realities of the world (and the general populace) thus seemed fitting to express this very concept.

Btw just to note am not from the US and this is not about the political aspects of that incident. It is purely about how some people might have a different view of things than the majority and operate on a different scale which at the same time is crazy in comparison to others.

Why are you talking about it so much? Its just a meme…

Well it is both true in the general sense and at the same time they are nuts compared to regular people. That is what that meme represents

I guess I don’t get memes

Not convinced the end result would be desirable though.

Well just want to say Thanks for all the constructive mails about how to give my stuff away and sorry nothing to the people who mailed asking for stuff.
I have scanned down 26 wormholes over the last couple of days and anchored 2 giant secure cans in each of them. Each can contains goodies for those that wish to put the effort into using dir scanner etc to locate them. They are all in class 1 whs.
The bulk of what i had left i have given to 1 person and what was left to another guy.
A freind said to me to just fly thru systems non stop and keep doing so until somebody says hello or Hi to me. Well after alot of systems and time someone did say hi and asked if i needed a hand with anything. I assume he thought i was mining or mission running. Either way they are a bit more richer in game now. The other person i saw jump a gate and got podded on the other side. He wasnt at war and had no implants. So he got the rest.
Thanks for the great times CCP and really wish i could play for another 10 plus years.
Have set this toon to biomass and will complete in 3 days when i get back home.

That is really a wholesome way to say goodbye - usually those post are just rants and attention seek clickbaits.
Kudos to you

Why are you talking about it so much? Its just a meme…

Because I was waiting for pasta to cook and had to do something to fill the time gap.

Sad that another player has left. Would have liked to chat some more instead of the quick hello do you need a hand convo we had.
Drop me a mail if you ever return.

That sounds a cool idea!

Another cool idea would be giving me specifically a Providence, no joke.