My apologies for having an emotional and erratic rant

I made a fool of myself, and it took hours for me to calm down enough to actually consider the information I was being given. I can’t verify the situation, and my personal baggage brought me to the point of being an asshole. I apologize for that, to all the people here on the forums.

In your last thread, you said you quit karma fleet. But your character still shows you as member. Did you quit goons or not?

Well, I certainly could have handled myself better.

Look, I think it speaks well of you to come back and make this thread. So, I’m more than happy to put all this crap behind us, and start again.

I mean, I’m sure we’ll have disagreements moving forward, but hopefully they’ll all be of the normal variety.

And do be aware that some people might try to antagonize you and/or reignite the drama, not because they actually care, but because they like forum drama. So, try not to let it get to you.

Let’s give benefit of doubt… until second melt down, because at that point you’ve burned all the goodwill most people are willing to give, especially in EVE.

If they are a genuine newer player, they may not have known how to instadrop.

Benefit of doubt and all.

It happens. Just keep in mind that EVE is literally designed and engineered in such a way that “things that really upset you can and will happen”.

It was part of the original game designers intent that such experiences make for a more intense and interesting game. Some people agree with this, some don’t.

The point is that there’s very little in EVE you can’t bounce back from, and things that “feel awful” at the time may well seem like a minor bump in the road 6 months later. Or even a valuable learning experience.

Best thing you can do in EVE is take everything with a grain of salt, take a reality-check break before letting emotions run away with your notions, and as always, “don’t fly what you can’t afford to lose”.

This applies to each of us as well as in reacting to whatever we hear about from other players.

Takes a bit to admit that something was done in a poor way. I appreciate it.

As others have said. Eve is designed to be a mean game, but also a very comforting game at the same time. These extremes allow for people to have a stronger reaction to events in comparison to [a fantasy MMO game launched in 2004].

Either way, only sharing validated data is a good thing. Unsubstantiated claims will typically get a negative response. Hopefully that’s kept in mind in the future.

Either way, only sharing validated data is a good thing.

Here’s the thing, though: even validated data doesn’t validate the argument.

Imagine that this actually happened. Then what the argument comes down to is “a game is made for certain people, and others that have certain issues shouldn’t play it, but since they will choose to play it anyway, which will lead to some cases of tragedies, we need to change all of these games in a way where such outcomes are no longer possible.”

And this logic can be extrapolated to everything. All sports and competitive activities, all forms of entertainment in the media, and even to the freedom of speech. The game is just a scapegoat.

Here’s the thing, though: even validated data doesn’t validate the argument.

While true, having un-validated data has derailed a good amount of the conversation and resulted in people deciding to not listen on that piece of data on its own. 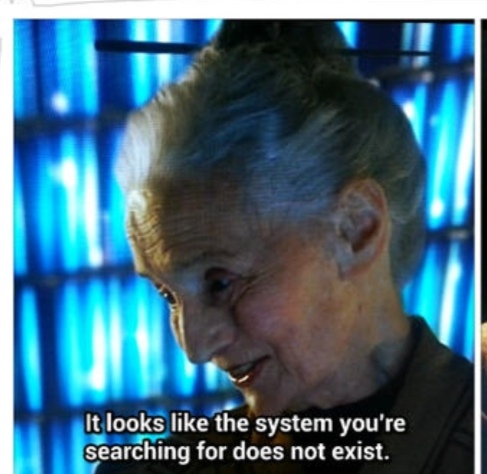 In the future I would not be so quick in believing everything people say on the Internet.

I mean, don’t you think it’s a bit suspicious he just happened to go and check on his brother because he lost his ships in Eve Online - if he did not check on his brother before, is losing a ship so important that you’d have to go and check?
And if it was true what he said, do you think anyone’s first reaction would be to go back sit at their computer, just 20 minutes later, and start talking discussing it with your favourite MMO’s guild? Who would do that in such situation?

I’m not sure where you’re looking to see that, but I guarantee you that I am in the npc corp, and have been since 6am central standard time.

this @Tessa_Springfield is a scammer and known griefer in game. do not trust anything they say

In case you’re not aware, it is possible to read through the forums while not being logged into an eve account.

You’re a liar and a bad troll. I have never scammed, and I don’t do anything that could possibly be considered greifing. I run missions and I mine, and the only in-game contact I have outside of closing rookie chat after 2 weeks, is corpmates.

And I’m sad for reading that.

Go out there and scam these people, lie to them, rob them, destroy their assets, troll them.

Come back here only after you did these things. Why? Because you can, this is the only game where you can do it! DO IT!

That’s fine, I see why you were upset. I would too if I had lost a Caracal. They’re a great ship to fly on the cheap,

You’re a liar and a bad troll. I have never scammed, and I don’t do anything that could possibly be considered greifing. I run missions and I mine, and the only in-game contact I have outside of closing rookie chat after 2 weeks, is corpmates

Likely story from a known griefer and ganker scam artist. Your lies will not prosper here.