Naturally, the video creator goes into a lot more detail, and provides plenty of justification for his arguments. He’s also a good speaker. Thus, I consider the video to be worth every minute of runtime.

And no, this is not something you can safely ignore -not as a gamer, nor as an Eve player. 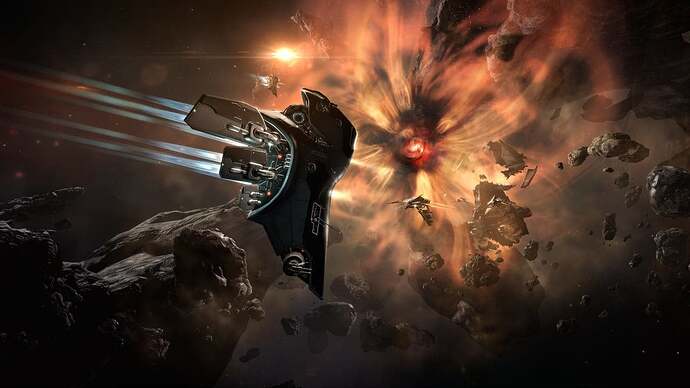 r/Eve - NFT and RMT is a key to make EVE last forever, Hilmar says in the...

Edit: I don’t know on what grounds this post was flagged. But it’s not spam, I’m not trolling, and it’s not abusive or offensive. Now, I suppose you could argue that crypto ties into real world politics, but crypto, NFT’s, and P2E also tie into gaming, and into Eve Online in particular. CCP has already released NFT’s (during the last AT), PA has brought them up at investor calls, and Hilmar has openly expressed an interest in P2E. Thus, this is a subject that is relevant to Eve Online.

As good as it starts, I didn’t watch the whole video (yet).

My understanding of a NFT is it’s basically a pointer to a receipt for a virtual (not real) item like a picture. In the case of EVE it could be an NFT for a ship (let’s say a Titan just for example).

Why would I want to spend RL $$ for a NFT to a Titan instead of buying one from the in game market? Or one of the private in game manufacturers? (Even if I have to buy Plex from the game store for it)

If it were something that could somehow be used in other games, I suppose. But I don’t see an EVE Titan being used in Minecraft or Fortnite…

Every minute of this video is worth your time.

After being virtually spammed by NFT ads on Facebook I was curious about what they really were , this explains things very well , long watch but we’ll worth it , thanks

I Disapprove of What You Say, But I Will Defend to the Death Your Right to Say It - Evelyn Beatrice Hall, 1906

I’m sure this will go well, but… how is linking a video about something on a social media platform forcing my opinion and choice on others? And do you not see any sort of irony from the fact that this statement is coming from someone who relentlessly and aggressively advocates for linux adoption and support?

However, more to the topic at hand, do you have any counterarguments to those made in the video?

Speaking of which, one of the things that he pointed out in the video was that people have a financial incentive to maintain confidence in NFT’s, so that they can sell them for more later. Thus, you have things like evangelists making unsupported, pie-in-the-sky claims, and the NFT community not only dismissing valid criticisms out of hand, but even go so far as to criticize people for asking standard questions that people should ask when considering an investment.

I wasn’t much aware about this since I’ve been never scammed in my life, it’s a fair-enough point that most security cases are carried out by social hacking and the problems insisted to be resolved by blockchain revolution are actually brought by blockchain themselves after all.
Now I’m casting doubt on not only NFT devotees but also blockchain supporters as well.

Anyway, the video itself is worth to watch.
For those who don’t have much time or too lazy to watch 2h videos, this would give you brief comprehension.

I think the answer to the Delonewolf’s central question is this: if you want to look for people who would also be content with NOT winning the (less than) zero-sum game, you’ll need to find people who will be happy with holding the empty bag.

That proposition is very easy for many physical goods. Buyers don’t mind if a cheap, old occasion Japanese hatchback only has scrap value after comfortably moving them from A to B for another 50,000 kms. Their need for transportation is met.
Buying a meal is an even more straightforward, with no commodity at all left at the end of consumption.

For intangible things like positions on NFT blockchains or the ethereum blockchain, I doubt you’ll find anyone who will be happy if they will never even be able to sell it, for what they paid for it.

Considering how risk averse EVE players are even now, with no way to take money back out of the game, I don’t think the players are going to become any happier ending up with the empty bag, when there is real money at stake.

The thing to consider here is nobody plays Axie Infinity for fun. Why is that?

Block chain technology though maybe not .

As I understand it its a huge overly security conscious database . With only read and write permissions . Write once read many times .

If the crypto part , the security coding and security code checking of blocks was radically simplified and the size of the tokens increased then it could have some very seriously interesting applications in scientific research , if what I understand about it too be true is .

Can you imagine a database that could log every atom in a piece of metal , every cell in the human body or every star in a constellatin and be able to possibly manipulate and simulate that data through the use of more conventional programs.

I think to do that you would probably need the modify function of the database added but as a distributed data tool it could have fabulous implications in later iterations of its development for science and technology .

Should be easy for you to sit it out then, thanks for sitting on the side, just don’t get in our way. 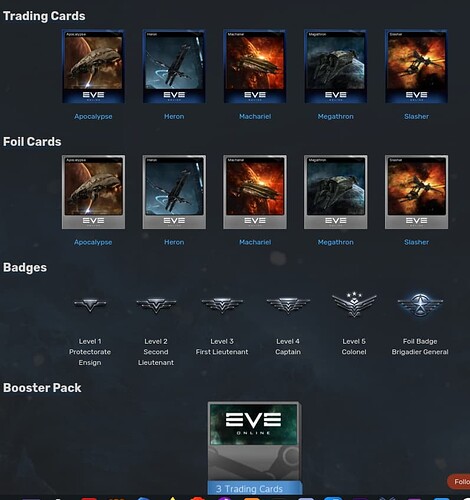 To use an anology what value now has a spectrum computer or an even older tennis game console . Very little at all , that to my mind is the level of development this technology is at right now . Buying ugly pictures or ingame cosmetics probably ain’t going to make you an NFT millionaire in 10 years time sorry

We have been collecting things since the dawn of time, in recent history, comics, trading cards, stickers…

You’re only having outrage now? What took you so long?

The only difference between Steam’s version and this is one is global reach, the other is a walled garden, Valve’s holy temple. Valve has been in this NFT game since the start. In fact, we can probably credit them for making the market front stage.

In fact having it in this way ensures that all trades are completed atomically and mathmatically ensured and that LOWERS counterparty risk, unlike the unofficial markets for skins we see for FPS games.

You really should watch the video. It’s pretty clear you either haven’t, or you’re dismissing all the problems discussed out of hand using an example that is only superficially relevant and has none of the underpinnings that cause the problems being discussed.

Sit it out then, your choice.

We have been collecting things since the dawn of time, in recent history, comics

Yes and of the millions and millions of them sold how many are worth anything now , very few . Fun to enjoy while you have them but basically worthless , hope you enjoy your pretty pictures while you can

Yes and of the millions and millions of them sold how many are worth anything now , very few . Fun to enjoy while you have them buy basically worthless , hope you enjoy your pretty pictures while you can

I shall enjoy them. Just don’t try to prevent and hinder MY enjoyment. Please, by all means, sit it out.

Who says I’m in the collecting for the money? I don’t want walled gardens, I want to break those items out of those and into a personal wallet.

For someone who’s such a free speech advocate, Zoiie sure spends a lot of time trying to make other people be quiet.