My experience with Photon was extremely short lived. I enabled it with the intention of forcing myself to get used to it, but it’s awful to use.

There is SO MUCH wasted space with the new blocky design, compressing the content of windows and making it much more awkward to play on a 24 inch 1080p monitor. The chat window tabs, the title bars, the obscenely huge buttons; it’s just awful to work with.

On top of it, it feels way more sluggish and unoptimized; it feels like it lags slightly all the time. I struggle to think of a single thing I’ve actually liked or found as an improvement over the current UI. If anything photon feels like a massive step backwards in UI design.

Reduce the padding of every window and title bars.
Apply the colour of the themes a bit better. There no difference between many of them.
Then I’m ok with it.

i think it looks nice

Some Zoomer who does not have a lick of knowledge of basic UI design principles created proton. I am not going into detail but thats my opinion. You wasted your money or rather our money, there is much more in the game that needs attention. Like for instance the janky looking jackdaw needs a graphical update. It looks like a kickstand of a bike, not a space ship.

Want to love Photon but there are some pretty fundamental issues at the moment.
It looks a lot sleeker, and feels that way too. However, here a list of what I would like to see changed:

Hope Photon gets improved with these issues, keep up the good work. 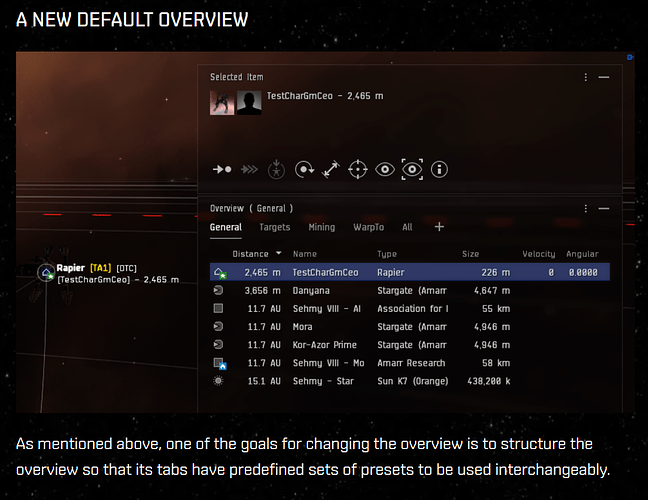 1007×776 333 KB
After all the feedback in various threads regarding wasted space in various windows, the above screenshot from today’s (yesterday’s?) news post about the new default overview shows just how little ccp is listening to feedback. I wonder…will it take another 18+ years for them to reduce the ultra-padding in Photon???
2 Likes
sidsidhg (sidsidhg) November 23, 2022, 10:12am #427

I am beginning to warm up to the new UI. Especially with the announcement of multiple overviews and with the introduction of compact mode to many windows. However, I do feel that we are still missing many features. The feature that I would like to see added is profiles.

To expand on profiles, they should be able to be shared in the same manner as overview settings. This would allow me to quickly send my UI layout to my alts or newer players who have enough to deal with. Even better would be if the profiles are saved on CCP servers. Recently I had to re-install windows and setting up my EVE UI again is a chore.

TLDR - include compact mode for every window and make it as compact and informative as the pre-Photon UI standard. This should be an obvious design goal but hasn’t been done yet on Sisi.

While I prefer the look of Photon, and I’m looking forward to multiple overviews, Photon is still something I really don’t want to have to use while very fixable-looking issues remain. The main ones that jump out are:

Honestly, the easiest fix might be to make sure every single window in the game has an option for compact mode, and just directly using the settings for the pre-Photon UI versions of these windows with a re-texture.

On an unrelated note, I think it might be good to implement a “simplify system colours” option in the autopilot/route management window that gives three traffic light colours for systems in your route. This probably fixes an issue with the old UI where generally you only care if you’re in highsec, lowsec or nullsec, not what the exact security status is. Maybe for bonus points, you could create a toggle to simplify highsec/lowsec/nullsec individually, as there are reasons to know what the security ratings is in highsec to check for danger/ease of ganking, or checking your docking rights/issues with faction police if you have low sec status. There’s only very niche reasons to care about lowsec and nullsec security ratings under current balance settings, but it’s possible that might become more of a thing again too in hypothetical changes to PVE.

Again, I prefer the look of Photon and I suspect Eve hurts its new player retention by looking like an old version of Excel, so this probably needs to happen. But don’t sacrifice the possible functionality of the UI to do it.

When I came back 2 weeks ago, one of the first things after a day of playing was to disable the photon UI.

I like some fresh looks of it, BUT the text is difficult to read (compared to classic UI), and most importantly windows and overview take MORE space on screen, so you get LESS information with same size.

The minimum req. for any new UI in EVE shall be that you can have same resolution, same text size with same amount of information on screen … everything else, regardless of the fancy look, is a step backward in usability.

Have you? The UX with Photon has gotten worse compared to the existing UI for various reasons:

Only a few examples why Photon’s UX is worse than the existing UI’s. It is definitely new, but it is absolutely not “more UX-focused” – The contrary is the case.

Security Colors - The Security colors have been updated with higher contrast so that they are more distinct from one another.

Updated Scrollbar - The scrollbar in Photon UI is now static and no longer expands and collapses when hovering over it.

Wow, that’s an actual good step in the right direction. I just hope you have made sure that the static scroll bar does not clip over text, right?

Window Margin Size - A setting that allows you to change the size of the margin and header on all windows. This option can be found in the General Settings section of the Settings menu.

This also removes the ridiculous padding between data rows inside the window, right? Right? Because that is still one of the most glaring issues with Photon. Removing the padding around the window edges and window headers is only a partial fix. 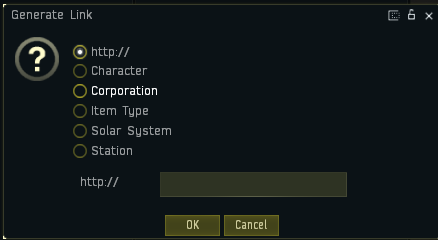 Window Margin Size - A setting that allows you to change the size of the margin and header on all windows. This option can be found in the General Settings section of the Settings menu.

This also removes the ridiculous padding between data rows inside the window, right? Right? Because that is still one of the most glaring issues with Photon. Removing the padding around the window edges and window headers is only a partial fix.

I’m curious about this too - not using the test server personally, so will have to wait and see if someone tests it (or test for myself once the update goes live).

I disabled Photon the same day it was force-enabled. Now I will let you know why.

On days when Photon was enabled, I saw windows with dramatically less information displayed. I tried compact mode. Then the “X” button disappeared from the window. I disabled Photon.

Just this. But it’s a big reason for me.
I will never use Photon until the amount of information displayed and operations are the same as the traditional UI completely. If meet these requirements, I will allow that window bars are glowed meaninglessy, and corner of buttons chips. Not happy at all though.

BTW, I have to advise the developers.
Application SW and OS developers often decide that when a product becomes less popular, it’s because the UI is getting old. And when the new UI is enabled on a trial basis, it is not uncommon for more than half of users to continue to use it. As a result, developers will think, “Most users have accepted the new UI!”
However, this is a big mistake. The breakdown of users who continue to use the new UI includes users who are not interested in the UI. It’s possible that there are few users really like the UI. On the other hand, all users who don’t use the new UI definitely hate it.

Please don’t underestimate the number of users who have disabled Photon.