Everyone knows that Gankers are the lowest type of Capsuleer in New Eden. Their destructive threats reign terror across all High Sec routes of trade. But no longer. Thanks to the brilliant tactic of Pipe Bombing developed by Rooks and Kings I have been able to adapt the tactic for High Sec use against CODE and any other large scale ganking operation.

For starters when you exit a station you have a :30 invulnerability timer that remains active as long as you don’t move your ship around.

Insta-warp allows CODE to undock from a station and warp away safely to their gank points once they have landed at their insta-warp exit point.

The Pipe Bombers orbiting the central Pipe Bomber Ships should also fit one Ancillary Shield Repairer in the empty slot and then chain remote repair each other. A dedicated shield repair ship would keep the central Pipe Bomber repped as well to complete the Death Blossom effect of the Pipe Bomb.
5. Set book marks at 2,000, 4,000, 6,000 and 8,000 km away from the station on the insta-warp direction of travel.
6. If fleet warp is used by the ganker fleet they will insta-warp away from the station in basically the same pattern that they left the station in and will then slowly blossom outwards when they finally land. Therefore each staging point in the Pipe Bomb conduit has to increase in size as well taking into account the blossoming of the ganker fleet. Otherwise some of the ganker ships might escape.

The larger the area effect of the smart bomb determines the overall size of the blossom. A general rule to overlap the smart bomb damage with the central Pipe Bomber by 500 meters.

Being in a fleet will keep the conduit from being CONCORDED due to smart bombing the other members in the fleet.

One drawback is that CODE will use scout ships that have good standings to try and trigger the Pipe Bomb by warping the scout on the same insta-warp path that they use or even warp a Neutral with the fleet hoping to aggro from CONCORD as a result of a Neutral being smart bombed. A scout for the fleet will need to position itself near the station and relay to the Pipe Bomb Fleet if an advanced scout is flying ahead of the gank fleet or with the gank fleet.

Once determined who the scout ship is the scout ship should be branded with Light Blue standing in order to make it stand out from the gank fleet that should already be set -10 RID “Red is Dead”.

Since the frigates, destroyers and cruisers are going to most likely gain CONCORD aggro its best to fit the Pipe Bombers are cheaply as possible.

To keep CODE from probing down the Pipe Comb Content points and sending in Neutral to camp them, battleships and battle cruisers could fit cloaking devices to mask their presence only de-cloaking once CODE begins to un-dock and align for their attack run.

Another drawback is that CODE could use the same tactic to try and smart bomb haulers and other ships traveling from one gate to the next by sitting at the exit point of the warp and then smart bombing.

This is extreme anti-ganking and would require the use of alts to ensure your main character did not suffer standing losses.

Now go out and try it.

Hey gankers are not the lowest type of capsuleer. thats not very nice.

You went through a whole lot of trouble in creating this “special” work of art. Too bad you did it all before understanding the mechanics behind pipe bombing!

Back to the drawing board pubbie!

P.S. Why do the flowers have name tags?

Also explain how you’re going to do this if the evil gankers are using a Citadel?

Oh dear… so much salt from one person - do you need to sit under a waterfall 24/7 with your pc in a bag just to stay hydrated? or are you actually the reason for the Arizona salt plains?.. Way too much time wasted trying to find some mad scheme to kill code… All you will succeed in doing is give them new variations on their ganking sessions. I look forward to when you try this in Tranquility, it will be amusing to watch you fail

You really should be more encouraging him instead of this. : - )

I think we should make our own such event and call it Anti-Anti-Ganking, where we all sit around in Narnia (intentionally misspelt) in disco ships waiting for a nice group of AntiGank disco ships to warp in.

The warp conduit and mechanics still work the same even when using a citadel.

The warp conduit and mechanics still work the same even when using a citadel.

Insta-undocks are needed when using stations. They aren’t needed at all for Citadels.

When you undock from a Citadel, you tether and are invulnerable to everything - players and Facpo.

So you can hang around on a Citadel and then warp off in any direction when needed.

On top of that, pipe bombing ships tend to be expensive. All the gankers need to do is bring along a character that is not an outlaw and if you smart bomb them, you’ll be CONCORDED. It’ll be pretty ISK negative. 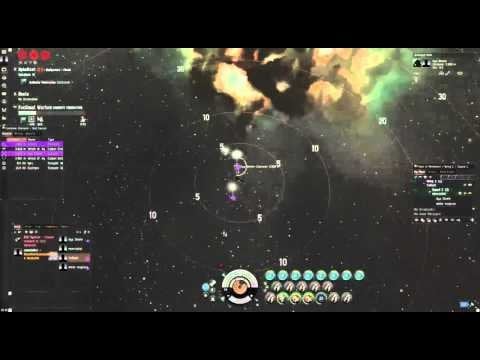 r/Eve - Fun fact: It's possible kill someone who's midwarp (not as they land)

Video proving that ships can be Pipe Bombed while a warp tunnel or transit from a station to a gank point.

Video proving that ships can be Pipe Bombed while a warp tunnel or transit from a station to a gank point.

Of course they can be pipe bombed midwarp. But how are you going to know which direction they are going towarp in, if they are using a Citadel.

That is, where are you going to position your ships, when they can warp in any direction they like?

On top of that, pipe bombing ships tend to be expensive. All the gankers need to do is bring along a character that is not an outlaw and if you smart bomb them, you’ll be CONCORDED. It’ll be pretty ISK negative.

Only CODE would use a Neutral to create aggro between CONCORD and the Anti-Ganker.

Using Neutrals in such a manner that brings CONCORD to the aid of CODE when CODE is -10 is a serious bug and exploit.

So in fact ganking is set more for the ganker to be allowed to do what ever they want and get away with it while they only lose standings and cheap fits compared to a freighter that loses billions.

Since CONCORD does not actively pursue CODE with increased timer penalties or DPS reductions then it is up to the Capsuleer to make certain that CODE never arrives to its destination with the same mechanics of not gaining CONCORD aggro because CODE used a neutral as a hostage.

Do something other than gank because like I stated time and time again, every single CODE member cannot fight individually.

Oh by the way war deccing my corporation is infantile. I can disappear into Null where you will never come into while I make you waste your ISK every week war decing me. I can also create hundreds of alts too add to my corporation so that your war decs go up up and up in cost.

Even if CODE doesn’t use the Insta-Warp mechanic and warps away in different directions when they leave the station, long range scramblers can lock onto their ships as soon as they move to align to a warp point.

A 15 minute criminal timer is more than enough time to set up a camp outside any CODE orifice.

Using Neutrals in such a manner that brings CONCORD to the aid of CODE when CODE is -10 is a serious bug and exploit.

Get iv r yourself. It’s just the game mechanics and nothing unique to CODE. Anyone would do the same.

It’s a game. There are no hostages.