I love the new tracking that Eve has implemented into the game. I have a great idea that has worked in many other games.

Using the current player tracking CCP implements something similar to badges or symbols of awards for each milestone incrementally. Battlelog did this for Battlefield which enabled players to play, earn achievements and share them with friends. The interface was web based and worked in game as well as out of game. All ranked games have some symbol for bragging rights. Even Call if Duty had prestige modes and player tags that showed off the relatively unique interests of the player.

A symbol for items sold and one for items bought etc…

The real tgoal would be to add some individual flair to either player names or even small symbols on the ship that could be an overlay added to any ship unique to player not ship type/class. It would be the players choice. Even add ISK as a charge to upgrade to higher tiers. This would give players goals to obtain and add another ISK sink. It doesnt have to be flashy but a simple symbol and interpretable by all languages.

Any recommendations? Its intended for player satisfaction of completing milestones and bragging rights to add to player ships and character profiles. Should not be impossible due to current capabilities of adding emblems and skins.

This exists. Check Decorations under Corp.

Con: You have to make em yourself

Pro: You get to make em youself

Pro: That means the person you give it to knows you are worth at least that amount of Isk to them.

That means the person you give it to knows you are worth at least that amount of Isk to them.

I wear mine proudly

Thats a very nice one

This exists. Check Decorations under Corp

In fact it doesn’t work that way cause you can give infinite badges to your 3 hour toon … So not the same as op is proposing, Wich would be a nice idea

It works any way you want.

It just requires the CEO to actually pay attention to what his or her staff are doing.

Right … but modernize it similar to how other games do it. Im not asking for ranked mode or anything. Im asking for a shareable and easily accessible method to appreciate your characters progress no matter your goals in this beautiful sandbox. Look at battlelog, look at COD player tags, look at Apex Legennds player achievements. It works and people enjoy challenges.

Im asking for a shareable and easily accessible method to appreciate your characters progress no matter your goals in this beautiful sandbox.

Why don’t you just take a screenshot of it and share that?

But is it for yourself or others? Everything except the showing off is there, and decorations let that happen 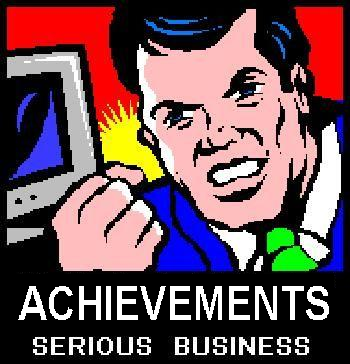 Battlelog is my primary example. It had statewide (U.S.), country wide, and worldwide statistic based/ kill based/ and specialization based rankings. If this were to be re-imagined in a EVE would allow us to brag on whos the best at any ship, who’s the best at mining, trading, and whatever CCP chose to manage in thier statiscs based analytics. I’m not here for the meme’s. Its just an idea to try and push another zkillboard interface with more specific parameters. If I.could code… i would have already created it.

Well, I like the idea of getting Medals for achieving different goals in-game, especially if they’re free.

And yeah, there’s a current game mechanic for Medals, however it’s only available for characters in player corps.

By the way, I believe I may already have bragging rights for Faction Standings, currently I have positive standings with 16 of the 20 recognized Factions in-game and soon I’ll have that number up to 18 Factions.

Next goal: have maxed standings with them all.

Actually I could get positive standings with 19 of the 20 recognized Factions in-game. However doing that will make Concord Assembly standing negative and I’d much rather keep them positive.

Ah right you can’t improve CONCORD faction standings nowadays (or maybe never could). Seem to have read about it sometime, people requested CONCORD mission agents for this purpose in one of them threads as I recall.

It was recently brought up in this thread:
CONCORD Faction Standings! No Methods to Improve

Later I posted about it to CSM in this thread:
CSM 14 - Week 6 Update