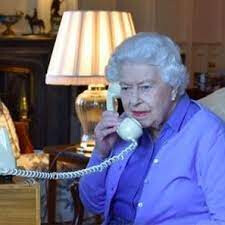 "Hello, One would like a free helicopter ride to Africa please.

Yes on the lawn of the palace at 1pm

The way I see it FW is approaching fast and Frostpacker is currently overstocked in Catalyst Destroyers.

You can always donate them to a good cause… like Aiko’s hisec crusade.

I recall contracting only my lowsec ones as people in lowsec list them for way too cheap and when I see them I buy snap them up.

If the price of subs had risen annually since 2003 to match the annual rate of inflation, as literally every other service you’ve ever paid for has found it necessary to do in order to stay in business,

subscription prices for World of Warcraft have not risen, neither has World of Tanks. Played them from the start to now.

EVE makes having alts a necessity so the cost of playing has always been higher than the game market.
2 months in and I know this, why don’t you?

One thing i’ve observed in my 10 years in Eve

One thing I’ve observed in my 2 months of playing is that edgelords that come onto the forums to call names and have a tantrum end up more angry than before they came here.

CCP is, at it’s core, a business who doesn’t care about what you think, never has and never will

That’s why they are making QOL changes all the time, right? Because they don’t care?

For the vast majority of us, working an extra hour or two or even just drinking a few less coffees each month is more than enough to offset the increase in subscription fees.

What a magical world you live in. News reports every day that cost of living is increasing far faster than earnings. For many people, this is an escape from stress and an outlet. inb4 you say something dumb like “if you can’t afford to pay whatever this service asks then you should work another job” or some such. You’re supposed to work to live, not live to work.

people who unsub on ‘principal’ are scrubs on the same level as those who complain about ganking or ‘involuntary’ pvp and shouldn’t be playing Eve in the first place. Unsubbing your accounts, you say? Good riddance, I say.

those of us who truly love this game and what it represents, we view the lower player count and increasingly empty space as an opportunity:

You’re out of touch. Having surrounded myself with people that have been playing for more than a decade, it appears that your sentiment is not shared by many. Fewer people in game means less content and also leads to the prospect of the end of this game altogether. For someone that mentions business practices, you sure don’t seem to know what you’re talking about.

This community is and always has been what you make of it. It’s easy to become overwhelmed with the negativity spewing from the bittervets and subreddit these days but it is also entirely possible to ignore that and find meaningful friendships and engaging content in this game. I can’t speak for everyone but in my circle, there is no discussion of the dastardly deeds of CCP, just a bunch of friends enjoying the game on a nightly basis.

to fight such negativity you come to the forums and be negative?

Reality check, CCP doesn’t care about losing your 4-6 subbed accounts and you aren’t proving anything by unsubbing when someone else is finding reasons to re-sub their own accounts for the same reasons that you are leaving and is buying plex on top of it all. It is the whales that keep Eve going and CCP only needs a relative handful of them in order to meet their bottom line. Unsubbing only hurts you.

Reality check, video games require a lot of money to keep developing and remain stable for masses to access. A few people arent supporting the entire company. A lot of people are. The more people doing so means more money for development and expansion.

your ted talk is simplistic and contradicts its self every other word. You talk about business then suggest the ways that typically end businesses are good. You are a very strange person.

It’s not a spectacular killboard, but it is one. Am I better than a forum troll now?

Having surrounded myself with people that have been playing for more than a decade, it appears that your sentiment is not shared by many. Fewer people in game means less content and also leads to the prospect of the end of this game altogether.

The type of player who is crying on the forums and is super negative ingame about what is happening is the “numbers go up” type. They have a x number of accounts all doing ratting/mining/production related stuff and tend to play in a passive manner, they don’t really actively add anything to the game world, they don’t interact much at all. They DO however make it impossible for newer players to get in to stuff.

They’re reason why most newer players cant turn a profit with normal mining or production related play styles is because there’s an army of semi-afk old fcks with a zillon alts accounts, who can’t do maths or logic, but produce anyway because it’s low effort and that is all they can muster. They’re literally stifling any sort of newbie growth. Every fcking corp is full of those fat locusts.

So they don’t add anything positive to the game world but they do actively fck over the economy. THOSE are the type of people CCP has been targeting for a while now, be it with super changes, ratting/mining related changes and scarcity overall and THOSE are the people who are crying. They are not your friends as a newbie, they’re your competitors and you can’t hang with their sheer vastness of interconnected industry window play styles. They’re your enemy, be GLAD they are not happy.

The gaps these fcks leave behind when they finally fck off, those gaps are there for newbies to fill. It’s the same in null, the fact that there’s now gaps opening up (if slowly) means there’s room for new groups, new growth, new ideas.

So i should not be highsec mining with 47 omega accounts then?

They DO however make it impossible for newer players to get in to stuff.

I’ve made mad amounts of isk in null with low skills. I’ve gotten a ton of advice and guidance on how to make isk with mining, production, ratting and pvp. I see a lot of people talk smack about Goonswarm, but my experience tells a completely different story.

You can’t be afk with a zillion alts and get anything done. Where do you all come up with this notion?

So they don’t add anything positive to the game world but they do actively fck over the economy.

So mass production that lowers the cost of ships is bad? In highsec I struggled to afford any upgraded ships, and even my upgrades are considered trash to most people. I would argue that those people add a method for new players like me to get a foot in the door. The rest is up to me.

They are not your friends as a newbie, they’re your competitors and you can’t hang with their sheer vastness of interconnected industry window play styles.

I actually consider a lot of people with dozens of accounts to be friendlies. As I’ve already said, they give me tons of advice and insight into how to get isk flow with my low skills. This bitterness and anti-new player mentality hasn’t been on display since I’ve been in null. Kind of makes me wonder where all this crap is coming from.

ah so you’re part of the problem, noted.

you’re part of the problem

What problem do you see that I am part of? I am 1 player with 1 account that is less than 2 months into the game that is taking lessons from older, more established players. You see that as bad? So what is good to you? 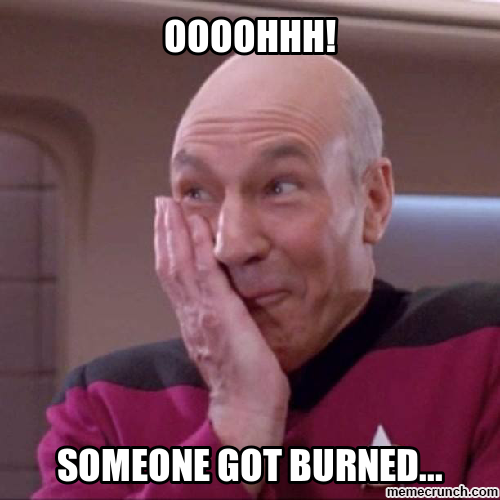 Nah, always expected you to be a fake newbie. Checking your zkill, it’s way too clean and very good at doing the “eager newbie” routine, same as the forums.

Nah, always expected you to be a fake newbie. Checking your zkill, it’s way too clean and very good at doing the “eager newbie” routine, same as the forums.

What? lol
If anything you just showed that you are the problem. You appear to think new players arent allowed to take advice.

The way I see it JJ. makes very valid points.

It’s not worth signing for longer subscriptions to get a discount, because more and more people realize they won’t be playing for those longer periods anyway.

Also who knows if EvE, as we know it, is arround in 2 years.

With the new universe testing in chinese EvE there might be a new server coming soon for EU/NA aswell. With a new galaxy layout, new ruleset, new content, fresh start, etc.

Do we need a new or secondary subscription then? Who knows.

But i’m definetely not subscribing 2 years when the DEVs shut their mouth and dont say anything about that new server possibility.

If their Alt was JJ. they would still be counter debating JJ.

these idiots are so paranoid

Or it is a memey joke instead of an earnest accusation.