Time to Uninstall This Mess

I’ve been playing five or six years on this install. Things are getting messy. Lot’s of freezing. 5 to 10 seconds most of the time. Plenty of time to die helplessly at a gate. Takes a few minutes from clicking the character to sitting in the station as well. And it’s pretty common to be staring at a grayed out screen for a while every time I attempt a buy or sell order.

I’ve tried everything I can think of to get things right and nothing worked. So decided to go for a clean install.

I have a few questions before I start. Can I delete every trace of the game but still hold the accts in the launcher? Or am I better off to erase the whole shebang and resign myself to repopulating the launcher with the 22 accts I currently have?

Disable Direct X 12 in the launcher…

Well, back up your user profile, do a clean install, and then test with and without it in order to see if it makes a difference. Hopefully, a fresh install with your restored user profile stuff gets the job done. And, if not, well, at least you know that you didn’t delete all your settings for no reason.

I suffered most all the same issues, due new resource loading every time I hit a new system, and often even a different station in my case though. Been putting up with it so far, I should just tell the launcher to download the full client and not try again until it’s done. Best of luck.

Tried this and even set the lowest possible graphics, so right now the way to get from location a to location b is via minimised window and afer each jump I need to open the window again to select the next gate to jump.

Game had changed to the worse I had ever seen it in and now my 7 year old pc can no longer handle not even one account now.

Eve Online went from being able to use older pc’s to being unplayable
New clip of the only way for it not to freeze.

Went from being able to multibox to not even able to use one account on the lowest settings and Yes I purchased a retro pc permit today.

Reinstalling the base game files does absolutely nothing. It’s not like they can lose their integrity, become damaged, etc.

Deleting the temporary cache does help, however. If it doesn’t, then it’s a matter of system performance.

I’m in the process of acquiring the parts for a new rig. But I was hoping not to be rushed into buying stuff not on sale. I tend to take my time and save $500 rather than rush out in a panic and over pay.

Thing is, I’m doing that for newer games that are cooking my video card. Who would have thought EVE would kill a decent computer. Though I’m thinking it’s all the bloat that’s been added over the last few years that you can’t turn off.

All I know to tell you is what worked for me. After the update, I could only see my ship and overview, everything else was black, and I was getting about 5 frames per second. I unchecked Direct X 12 on the launcher, and everything went back to working perfectly.

It’s not like I had ever done anything inside New Eden the past month. I am sure I can sit in station and play on the forums with someone.

It will be fixed or I will just have to fork out the long overdue pc upgrade. Sort of wanted to wait until DDR5 was a little cheaper as multiboxing needs ram.

Reinstalling the base game files does absolutely nothing. It’s not like they can lose their integrity, become damaged, etc.

That’s not true. I’m not an expert on this stuff, but I know for a fact that it can happen through various means (i.e. malware, HD error, power failure while writing a file, even a neutrino, even if it is exceedingly rare. Moreover, I used to work in a brick and mortar computer repair shop, and, if the problem was limited to a single program, it could be fixed 90% of the time by just reinstalling that program.

How a computer repair tech spends his time: 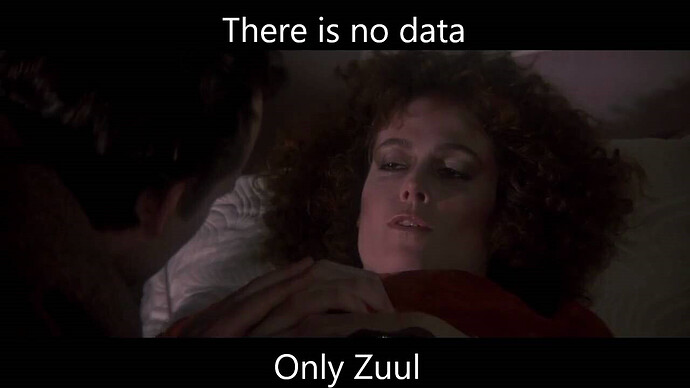 Can I have your stuff

If you answer the questions in the OP.

So far, only Shipwreck is even remotely close. It looks like he’s nearest to getting my stuff.

Literally everything you just listed is an external factor to the base game files being affected.

Would anyone miss you if you didn’t come back?

I was going to impress you with my psychic powers by sending you a mail saying GEO would be the first like on your post. But he got there too fast.

Okay, I guess I shouldn’t have gone off on my tangent about being a computer repair tech.

So, let me say unequivocally (1) that files can indeed be corrupted through various means, and (2) that problems can be fixed by reinstalling programs. Naturally, the most common causes of issues tended to be malware, hardware issues, and windows issues, but if you can rule those things out, a reinstall of the program would usually do the trick.

Speaking of which, registry entries can also get messed up, which can also be fixed by a reinstall.

Now, I’m entirely self-taught (no formal schooling), so my knowledge mostly extends to fixes, and not to how all this stuff works under the hood. But I can say with certainty that I have fixed many a problem by just reinstalling the program.

files can indeed be corrupted through various means

You realize that modern software checks for this automatically, right?

If you answer the questions in the OP.

Calm down miner. Just give Aiko your stuff and shut up.