I started playing Eve in 2009 because of an ad I saw about Eve, The Butterfly Effect trailer. The concept in that trailer, along with the Sci-Fi and art drew me into Eve Online. When I started out, all I did for the first few years was high sec mission running, working my way up to flying a Paladin for Level 4s. After a few years of that, most of which was sporadic because I’d get bored of the same missions over time and so I would stop playing, I got into Factional Warfare. FW became an obsession; I was drawn to the idea of fighting for the Caldari State and having that social interaction with other members of FW. The thing I loved about FW was that there was always something you can do, no matter what. You could go out by yourself and within a few minutes you’d find a fight. Worse case scenario, you sit in a complex waiting for a fight and nothing comes, so you get LP!

After a few years in FW I decided to try out null sec life, and realized that it wasn’t for me. I missed the constant action and smaller scale of FW. I jumped around quite a bit between the years of 2012 and 2017. In late 2017, I went back to FW and joined with Aideron Robotics, a corp in the Federation Uprising Alliance. I was in FEDUP from 2017 to 2019, where I had the most fun in my entire Eve career. Some of the things I remember vividly from this time was the system sieges we’d initiate. FEDUP leadership did all the logistics to get us ships staged, and they’d declare a specific system, and we’d have FCs running fleets around the clock to contest and capture these systems. As an alliance, we needed an income source, so we had space out in null sec. Snuffed Out wanted our space, and they took it from us, so from there FEDUP leaders decided to head out to deep null and leave the warzone. I felt lost, FW seemed very dead to me, and around that time Abyssal deadspace was released. I started doing abyssal PvE and PvP and was obsessed with it. Now, I’ve created an alt to get back into FW. Grinding faction standings was a huge pain, and I want to rejoin the Caldari side, so I’m back in FW!

What qualifies me for the CSM is what we see happening now, the Factional Warfare updates. During my time on CSM15, I along with 2 other members, did a presentation on why CCP should fix FW and what the main issues with FW were along with possible solutions. Here we are a year later, and now CCP is doing just that. I went onto CSM15 with FW being my main priority and platform and now we have those updates coming, so now I’m applying for CSM17 because I want to be there to provide feedback on the development of FW as a passionate FW player. I felt defeated after CSM15 because I thought all my time and work was for nothing, but now I can see that what I worked so hard for happened and I want to keep the ball rolling.

What you, the player base, can expect from me is that I’ll be an active member of the CSM. From my experience, participation is vital as a CSM member. We have weekly meetings, and we’re constantly in contact with CCP outside of the meetings. I will attend every single meeting and provide the best feedback possible based off of my views as a casual player who wants fun, engaging content. On top of being an active CSM member, I’ll do my absolute best to communicate with you all with what I can. The NDA makes that tough, but I learned a lot from CSM15 and I promise to do better, and communication is a 2-way street, so not only communicating what I can to all of you, but also taking what issues you bring to me and channeling it to CCP in a timely and efficient manner.

I worked closely with Torvald on CSM 15, and he immediately slipped into the process of presenting his concepts clearly and completely. Torvald is one of the main drivers behind the motivation for CCP to start developing the new upcoming FW stuff.

As the Pirate Lord of Low Sec I will be supporting a strong Low Sec/FW focused ticket this year and Torvald Uruz will be among those that I will be putting on my official ballot. Given the direction that CCP is going in we need to ensure, now more than ever, that CCP follows through with real, effective, and appropriate changes.

Torv will have my vote 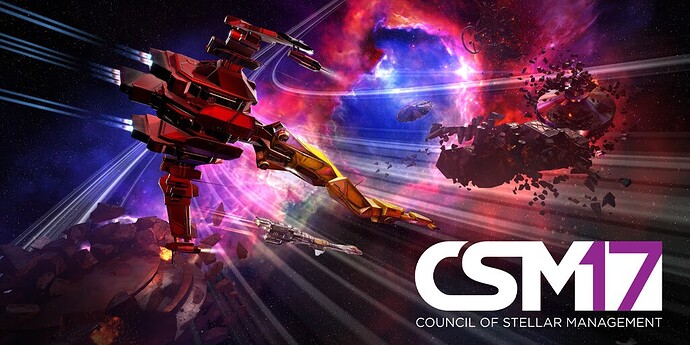 The Eve Online Magazine, Eveoganda is your destination for the Eve Community, Stay Frosty and the world of Eve Fan Art created by Rixx Javix.

o/ Before I vote this year I would very much like to get to know the people I am casting my vote and support and to follow different campaigns.

Today while watching Phantomite CSM 2022 - REAL EVE at the 1:03pm Mark has your name Torvald in that video.

May I ask you what was your pilots name when you first started back in 2009?

I select candidates based on agendas I think aligns best with my personal way of playing Eve Online: A focus on solo, and small gang PvP, sometimes with NPSI groups, and for a while now also tournaments.

Torvald is on that list because I think he can represent a more casual playstyle. Someone that keeps asking “is this new thing actually fun?”
(Also he’s a terribly likeable guy, which is a great precondition to make CCP listen to him.)

My Ballot for CSM 17

Be informed and vote the capsuleer in you want to see on the CSM.

Nice move Torv.
Focus on Alpha content.
We need new players base to replenish the Universe.

Was really rooting for you to make it on but spot #12 is still really close!