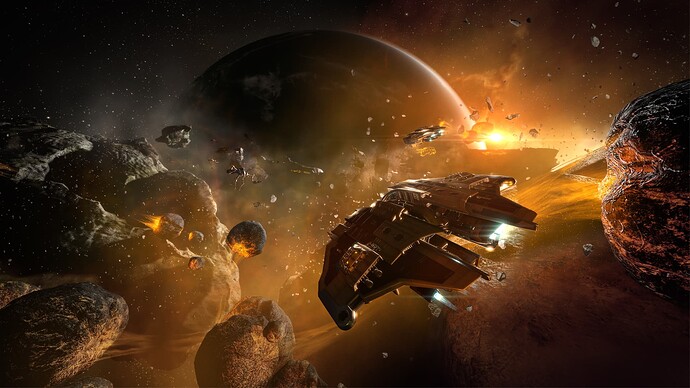 We have a new monthly patch on our hands which went live today, 8 February. Please use this thread for reporting and tracking of any issues found in this version of EVE Online.

If you are gonna do the laelap maybe time to look at buffing all the AT ships? no reason these shouldn’t be insane. And some are more than mediocre

hight sierra here
can i have my eve back?

Just a reminder – the Neocom width is still too wide. I don’t know if you’ve even attempted to fix it yet, but it’s unusable at the current state it is. Just roll it back to its previous width please.

The “Skills” Neocom icon does not show the correct training time remaining, at least in some cases and differs from what is shown in the “Skill Training” window.
I believe this is due to incorrect calculation of remaining training time when an accelerator is active but will run-out before the level’s training is completed.

There are still a number of sporadic display issues:

All these issues relate to state maintenance, which isn’t consistently maintained.

I don’t know why, but I am still losing connection randomly and OFTEN.
(I have provided all the connection diagnostic data in a previous bug-report, and according to the data, everything was fine.)

However, what is REALLY ANNOYING about losing connections is that all my “Scanning Results” are lost, and I have to rescan cosmic signatures all over again.
It would be nice if the scan results were cached locally for 24 hours or something.

Problems with mouse “flickering” still here. MacOS 12.2.1. Appeared more than 4 months ago with Monterrey release and still no solution.

Try reducing the ‘report’ rate in your mouse’s driver settings.

This disconnection problem is ridiculous!!!
I never have issues logging in, and I’m always able to login immediately after being kicked off.

The MAJORITY of DISCONNECTIONS occur at the end of a star-gate jump, just before I arrive in the next system

Thank you, but I have no such settings - using internal touchpad or Apple magicmouse.

IC. I use a Logitech mouse here, and reducing the report rate from the default 1000 down to 250 fixed a ‘jittering’ mouse problem for me. Good luck.

The Overview Lock function does not work correctly when a Player appears in the overview. Instead of being placed a the bottom, the new ship is placed at the top, causing all the items in the list to move down one line. This is a BIG PROBLEM when you’re trying to select the next JUMP destination and can cause one to accidentally warp to the wrong place if you happen to have a fast aligning ship. Otherwise, it causes a delay as you have to STOP SHIP and try again.

Core Scanner Probes sometimes don’t appear in the Probe Scanner’s Map View, so it’s impossible to scan. When this happens, a session change (i,e, Docking) is not enough, and I am forced to reload the client.

I have this problem too but with wormholes. When you’re multiboxing and trying to roll a wormhole it’s literally unplayable

So CCP Rat keeps saying in this new economy throughout the whole stream. I guess that means we can not expect any positive changes to mining or indy till this guys is removed/fired.

If the ships are going to be this expensive, then CCP need to figure that into the insurance pay out NOW!

I was having this issues constantly. Always on a gate jump and it would just lose sync and dump. Like the destination system just missed the handshake and closed the door. I ran through the entire gamut of reporting only to be told that it was a routing issue and nothing they could do anything about. I’ve “minimized” the issue by VPNing into the servers through a London based vpn source, but it still happens. And apparently it’s still a “routing issue” that they can’t control.

How is this presenting of you? I’m finding that when I click and drag any window it just jiggles all over the place. I have no fine control of where it lands.