Q: “Winter Nexus event” - what is that? There’s not a clue to any kind of event sites or anything, and there’s no explanation anywhere to what the hell is that, is it another “lowsec near goons only” type of event that seems to be the only type of event lately?

https://wiki.eveuniversity.org/Winter_Nexus_(2021)
Please take a look at this useful information on the Winter Nexus event. I think you’ll be glad you did.

Things that come to mind (not in any particular order):

what distorted way of tackling what he’s saying.

Questions from me and others are as follows:

Another big question that has been an issue since the Agency was introduced: 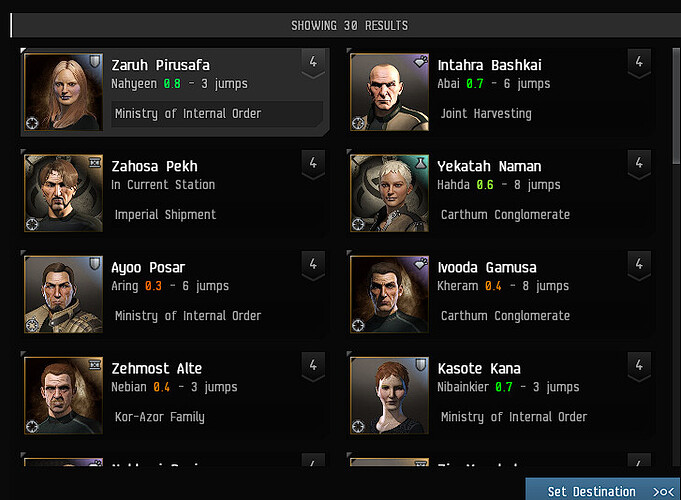 This is the Agent Finder with Locator Agents check box active. Is this CCP’s idea of good user experience of their UI? All these agents are in wildly different places. There are agents within 1 jump of the current one, which is not at the top of the list, that aren’t even showing up. CCP stated that they follow a “discovery” style UI approach with the Agency but this has nothing to do with discovery. This is madness.

When is CCP going to fix the Agent Finder?

I’m starting to grow more and more concerned that CCP doesn’t understand how to balance the game. The devs that came before you mostly did, and had specific balance tactics they used. I might have disagreed with some of the decisions, but most of them had a bunch of intent behind them.

I’m now feeling CCP has basically started turning random knobs all over the place, hoping it’ll fix things, and eventually the econ is going to get so far out of balance it’ll be really hard to repair. It was already partially broken due to overabundance of minerals, and now CCP is making it worse without looking at the core problems underpinning the issue.

For example, the issue wasn’t that there was too much mining, but it’s that there weren’t enough sinks for ore/minerals. So they ran scarcity instead of improving the mineral sinking, cutting off a major play style. Then they “fix” scarcity by… marginally bumping up mining output? Without addressing the mineral sinking issues, hording problems, etc. It’s far better to add sinks after the fact then it is to cut off the faucet, otherwise you get an angry player base.

But each of CCP’s fixes messes with other balance points. Adding PI Requirements to capitals, when there’s already too much ore in the system. How’s that supposed to help reduce ore stockpiles, when caps are a big ore sink?

What are even CCPs specific objectives? I wish they’d list them out so we can see if they are being met. At least with Fozzysov, there was a list of moderately specific objectives they were going for. I don’t see how CCP is doing that with these changes. Ex: The waste mechanic. Okay, they wanted to make engaging decisions. Whatever. How does this support balancing capital prices/ore production? It simply distracts from the root problem and makes it harder to figure out if it’s been fixed. Or the mining barge changes, same deal. Rorqs needed to be hit further with the nurf bat. But if you change too much at once, it’s near impossible to figure out where the new stable point of your econ will be. And back to the original question… how does this help the ore sinking issue?

CCP has gotten lost in the wrong arguments. They need to figure out what their targets are, and focus on just those points. Not on making more “interesting decisions” at the same time.

Both are true.
They should let it be a sandbox and let players decide how they play it.
Since only thing that matters in industry is cost (as far as game mechanics are involved) there is one optimal path and industrials will tend towards it. Players decide which is what sandbox is.

Majority of decisions and options in industry come from interactions with other players and strategic options in the game. It’s not something CCP can change nor should they. So, their statement, unlike mine, doesn’t make any sense.

I think you misunderstand the discussion that he’s replying to.

They are but if you make it timegated and tedious to produce any ship beyond t1 you turn two wheels and not one and overdo it and get pushback. You know at the point where it is bot even feasable as a newer player to go into industry because you suddenly need another month Training for pi that you can not haul at all…
Why isnt there a sensible in between roquals and barges? No bb size hauler. Why do get t1 hauls useless special holds? That has nothing to fo with playstyle that is just like taking your power drill away to give you hammer and chissle both make holes but one is efficient and fast and you do not sit hours on end watching new particle things that look very… Special in conjuction with drones slow you down. Granted it is easier to get a bit more yield with barge and porpoise combinatios that doesnt change that it is still beyond tidious to move that stuff other stuff arround.

There is a market, you know? And other players, maybe corporation members, who can produce PI for you if you wish to skip the market taxes?

You cant have only one path and tell people to decide which one to take.

Unless you include not choosing, ie quitting.

i think you misunderstand how much of the discussion i’ve read.

i think you misunderstand the point they’re making as well.

Perhaps you can help me understand their point then.

Something you’d have never seen pre-patch: 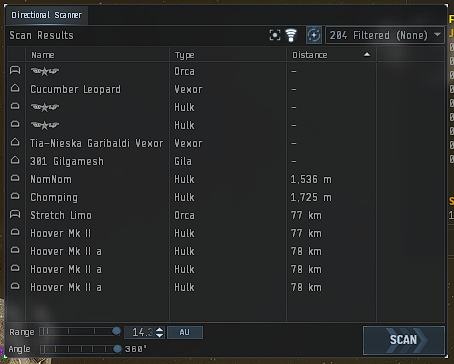 Some years ago you removed Passive Moon and introduced Active moon mining to replace it, years later people started to complaint the universe was stagnant and there a lack of objective, Hy Wanto in is well-known reddit post signed by many FC pointed that Active moon was a failure compared to Passive moon as they removed the conflict driver they were supposed to replace, something that you seem to acknowledge recently with the “Winter Update” devblog, wishing to implement a new conflict driver to fight over

Aligning and improving sovereignty and how ownership is established across the universe is incredibly important, to both new players and veterans. The plan is to create tactical in-space objectives for small, medium, and large groups in space to fight over and allowing players who control space to decide what that space will be used for - with iHubs playing a critical role. Stay tuned for more.

my question is simple : is Active moon mining considered a failure for CCP compared to Passive moon mining ? if so what you wish to do in order to bring back conflict driver in EvE ?

Ice Belts are NOT re-spawning FIX IT please

So you must be talking about two accounts being Omega and paying monthly at $14.95 per month.

Are there any plans to introduce new ORE ships to provide deeper progression?