What I really was going to post was a reminder that Dust 514 assets still exist on some dusty shelves. 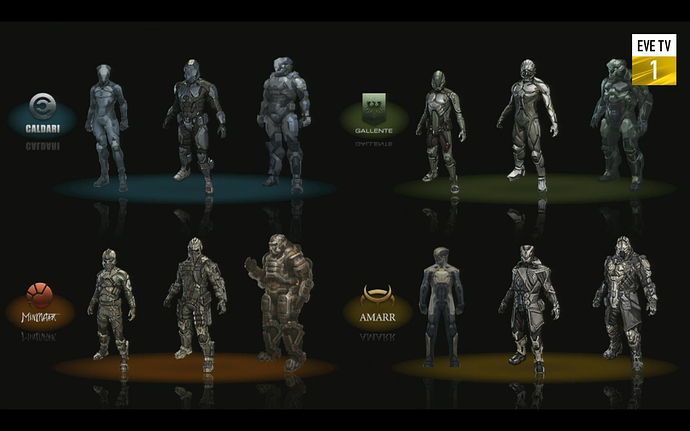 So I was rewatching some old EVE videos like “Eve never fades” and there were these pics from older character select screen with very nice clothing concepts which sadly didn’t make it into the game. 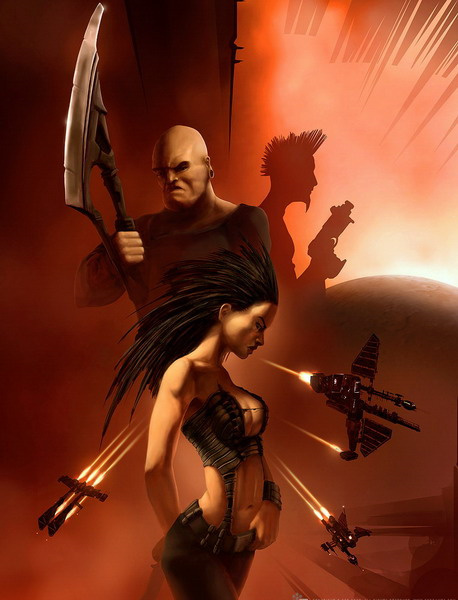 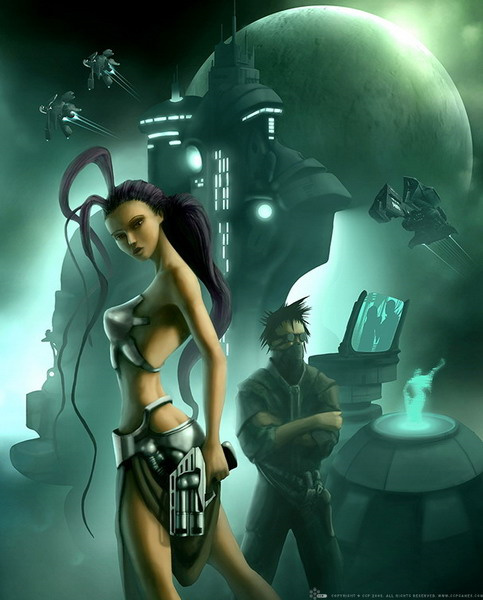 There is also this artist’s page with EVE character design concepts. Some of them are quite colorful and eye pleasing. 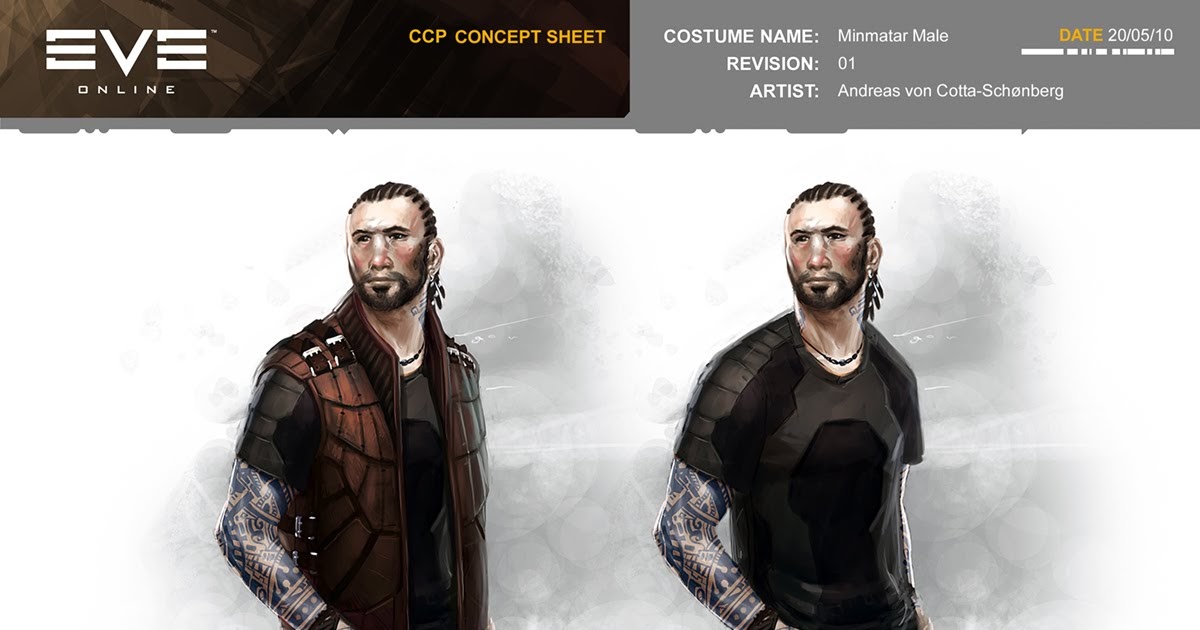 So this last year I worked as a concept artist for CCP, doing, among other things, concepts for Characters. Mostly the costumes . Th...

For each of the costumes, I had to come up with a highly detailed costume sheet, which I am only gonna show one example of here, so that the outsourcing company in China, who was actually going to build them in 3D had the most help that we could give them.

These shirts were supposed to be sold in FW LP store. I don’t do FW so maybe they are? Are they? 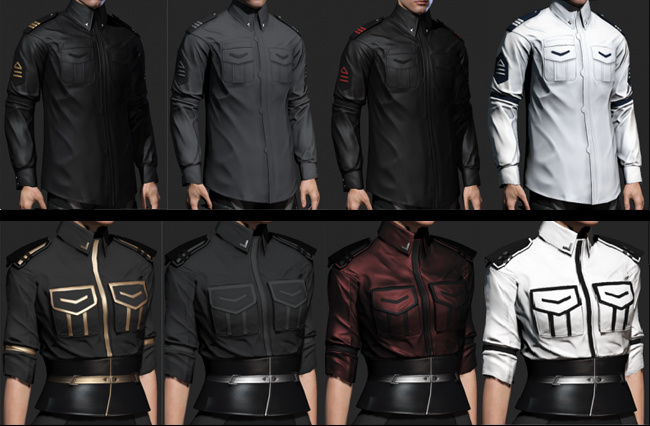 Some of these look interesting. https://fionacribben.com/illustrations/eve-online/

And finally there is also EVE Concept Artbook with art like this: 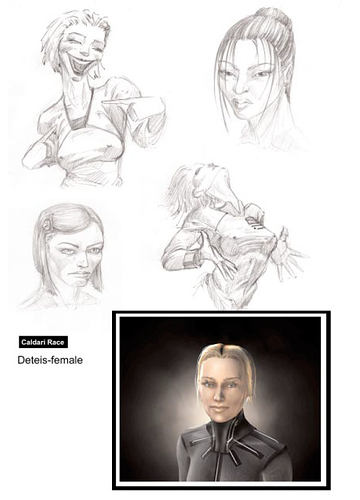 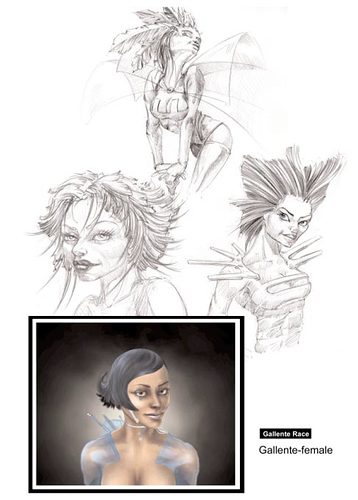 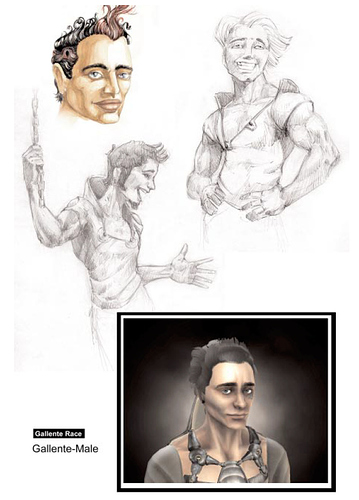 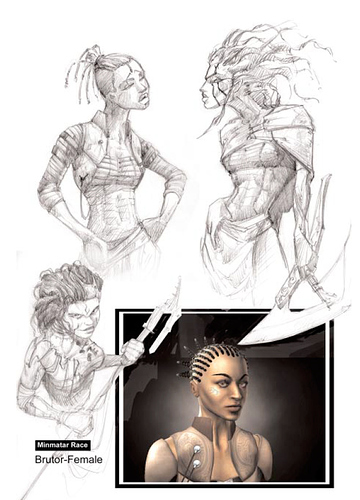 lol, I would say the apparel items featured in the old graphics were a bit too sexy for CCP to produce.

As for those Shirts and Blouses being sold in FW LP stores, I would say yes however there’s more currently available than just those 4 types. According to DaOpa’s LP Store Database site, I could only find these ones listed:

As for the Fiona Cribben designs, it’s a shame the only one that made it was this Trench Coat and Jackboots: 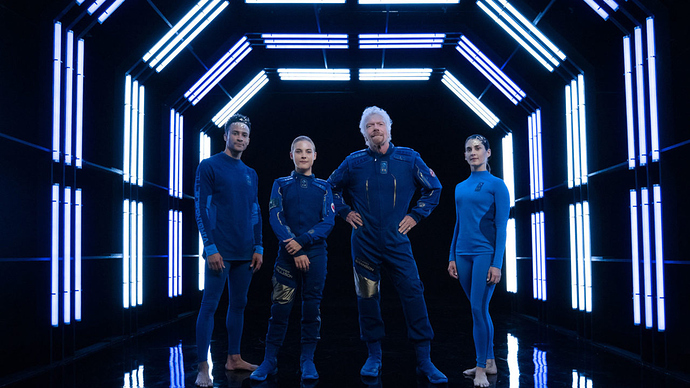 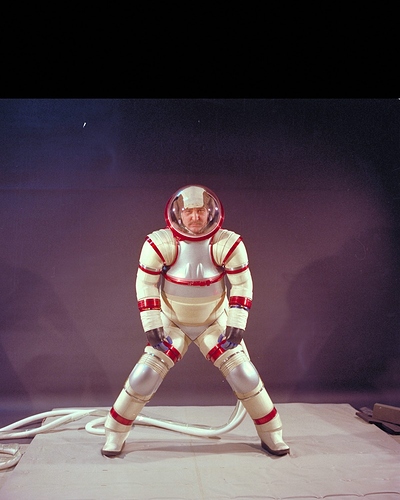 Hubert “Vic” Vykukal was the principal designer and investigator of the AX space suit series. He was also the company’s model

So they do have plans to expand avatar use after all.

Aura looks awesome, and also animation, poses. Hope those weren’t out of game renders. Hope to see those in game soon. 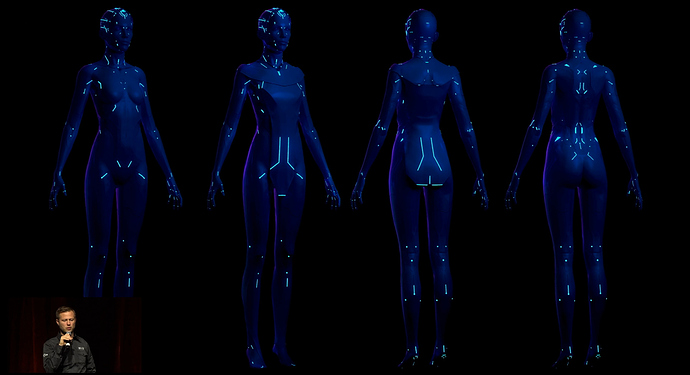 Looks like they want to give avatars a bit more life. Certainly technology is there, but there always were those eye candy things on fanfests. I remember race merging tool that never came and they showed working prototype.

Its like they just do stuff to prove they are capable in case work environment changed (like when they are fired or change job). Or there is not enough money and people to implement that stuff. 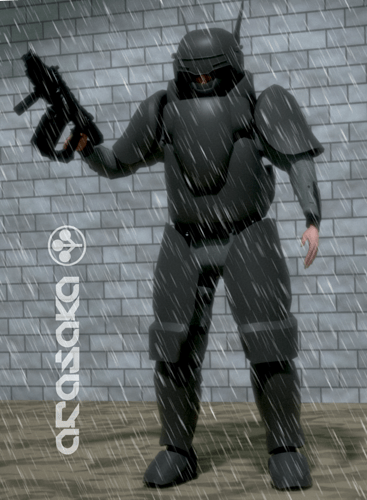 This armor in fanart artwork I made for cyberpunk 2077 is what I imagine marines would wear in EVE also. Or something very similar.

Nice, all he needs is some gloves and he’s ready for Eve. 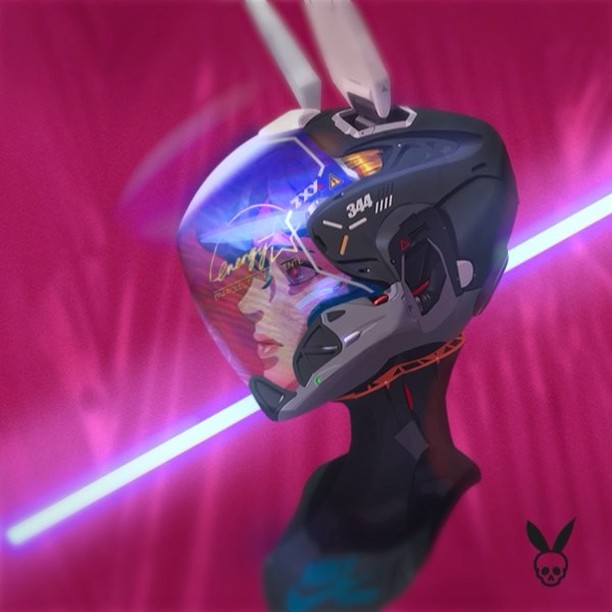 Hugh Hefner would be proud.

Hoboleaks shows there are some new awesome body augmentations already on TQ.

Would wearing one be considered topless though? I’d rather not cover it, it really does look quite impressive. But the editor doesnt let you leave topless.

Gotta check on sisi if they’re seeded to the market.