From the ground up! From the dream of having my logo and my community on the map to its completion. Battling and dealing with giants. Making our way as a community leader in Eve Online is hard. When you start from nothing, that’s even harder. The CSM doesn’t need someone who “understands the little guy”, it needs someone that has been through it all and is still considered a “little guy”.

Those who call New Eden home speak many different languages, embrace different cultures, and hail from many different nations. That is why the CSM needs someone who’s daily experience is epitomized, by being a foreign speaker, playing a game that demands proficiency with English. This makes me an ideal representative for players who speak languages other than just English.

I’m the kind of geek who wears a belt and suspenders, but I draw the line at socks with sandals.
My full name is Benjamin Rushing, but I prefer Ben.

I’m the Executive of the Null Sec alliance Sorry in Advance. I’m also one of the executors of the RMC Coalition; the organizer of Eve Montréal; and a real-life biologist.

My main interest in this game is the building of communities and making them better and more efficient on different levels. I take pride in managing activities and projects, at different levels, for my communities to enjoy. Ours is a smaller Alliance, one that, with my awesome community, I built from the ground up. I know how hard it is to make the dream of having your logo on a System into a reality and keeping it there.

Where did I start?

In 2005 ish I played a few weeks, then stopped. Did the same thing in the period of 2008-2009, then, again, in 2012 ish. It was not before 2017 that I really made the decision to learn this game. For some reason I had formed the impression that “High sec was not the real game”. So on the second day I was neck deep in Null sec, in Fountain, and learning my way around Industry. I was there a few weeks and had a ton of fun.

After being kicked out, I then went to renting space (which I didn’t know at the time). Again with the same thing, a few weeks there then I felt like I had to move on. I had a few months in HS/LS where I found a French-Canadian group, but I felt I needed something more of my own. From there, I went back to renting space with a group of 4-5 friends, and learned more of the NS mechanics.

We had a lot of fun there, we met some great neighbors and we formed friendships with several of them. At some point we realised that those systems where we were playing would not last for much longer, unless we were a little bigger, so we joined our first real NS alliance: APOC.

We learned a lot there, played NRDS for a while. After the Blackout, we got evicted from Provi. Then we played in LS for a while. That was actually at the time that we went to our 1st RL event: Eve North. We met some really fabulous people there!

With some of those people we decided to build our own alliance: Sorry in Advance. We went with some friends to the Great Wildlands, but we found that NRDS was not for us. That’s when one of my old neighbor/buddies from the time we’d been renting reached out to me about a coalition that they wanted to form to invade the South of the map.

I was thrilled with the idea!

The proposal was intriguing and I felt my folk needed a challenge that we could put our muscle behind. And it worked! A lot happened in the South. We started by putting our first outpost in Querious, just in between PAPI and the Imperium. We had a blast! We are now Sov holders in Esoteria with our friends in the coalition.

Here are the areas of the game that I would like to work on improving:

Why do I want to apply for CSM?

Because I love this game and I want to make it better!

I feel I can offer more to this community. I have been making my way building and helping communities and individuals for a few years now, inside and outside the game. I’m all about growth, but not only growth in numbers, but also growth in quality. Eve already has the best gaming community on SUN III, let’s make it even better!

I’m also there to give a voice to smaller groups, like the French-speaking communities for one personal example, but also other smaller groups that struggle to make their projects flourish.
Are you a small group manager? Please get yourself and your group to vote for me as their 1st choice between the 7th and the 14th of June (yes, add a reminded to your calendar because we all have lots of other things to think about

What can players expect from me?

More than pushing the points above, I want to support ideas that add value to player communities, that are logical and that are perennial. I’ll be easily reachable on my discord (https://discord.gg/ez2W8eu) in the Ben for CSM channel.

Sent an Eve Mail requesting a CSM interview on behalf of Ashterothi. Looking to book for this weekend. Let us know if you’re available.

Here’s my interview in the CSM17 Battle Royal (finished 2nd

Here’s my interview with Safety Red (in french)

bump this thread. Ben for CSM 17

Because I bring something unique! 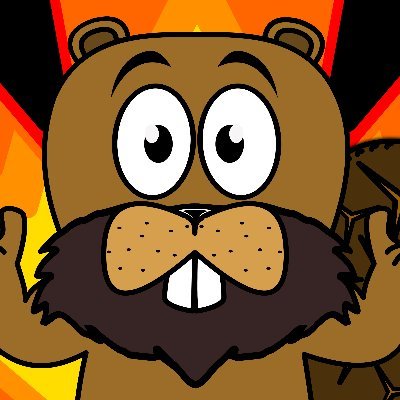 @ben_canadian
"You bring a totally different and incomparable set of reason why you would make a good CSM member. [...] You bring a type of specialisation, a type of understanding, a type of expertise, that needs to be at that table." @Ashterothi https://t.co/VuaniKDc6I #tweetfleet V for Ben
2 Likes
Benjamin_Rushing (Benjamin Rushing) May 27, 2022, 1:27am #8

Me on the Theta Thursday

@ben_canadian
#tweetfleet Here's my presentation on the improvement of communities that I did last Fanfest. Enjoy! Want to see improvements in #EVEonline's communities? Vote for Ben CSM17 https://t.co/q9iBlAPcHt

@ben_canadian
#tweetfleet OMG!!! Have you seen this awesome fellow! Look at that! https://t.co/H1D3zWR5Aj

The Japanese version is now out 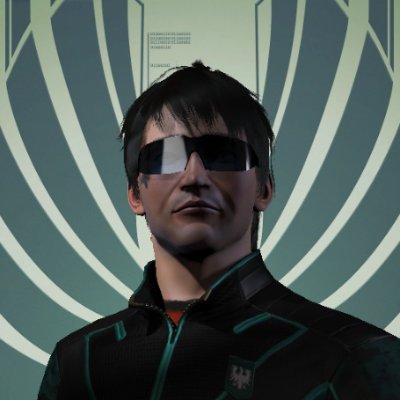 The German video is now out! Don’t forget to tune in on Twitch for the Germand speaking community interview and questions from the people

Here you now got my interview with CCP

Interview with the german speaking community

@ben_canadian
Wow! #tweetfleet I have received requests saying : We want more of Ben! So here you go : https://t.co/t6LQ4BnzGn Enjoy! :D

@ben_canadian
#tweetfleet You know that you did a good job with the German community for CSM17 when you get tag like that 😇 Now let's get a place on CSM17 so that I can represent all the language communities in Eve! https://t.co/kfeF8fZjBj

Thanks a lot to all of you! Really! We’ve made it to the 26th round! That is really good. I actually had a great deal of fun speaking with all of you, getting on the shows, speaking about the game and all your ideas. You guys and gals are great, awesome even! Thank you!

As some of you know, I did commit into getting my own Twitch channel/show, no matter the outcome. So keep your eye out for it! I still have some technicalities to take care of 1st, and it’s getting together nicely