There’s not. At least not for the D/I/E crowd. They brook no compromise. In fact, they even mock the idea of a “middle ground” or “compromise”. It’s even written into the core of their ideology not to compromise - the very concept of “compromise” and “middle ground” is seen as a tool of the oppressive white male dominated cisheternormative colonial system.

in the game anymore and yet people aren’t forced to accept every corp application like it’s the American Fair Housing Act.

But why not? What policy or language in the EULA/TOS will protect player/group freedom of association? If we’re operating under a D/I/E framework, any recruitment criterion on the basis of an “identity category” is a form of discrimination.

This will also affect those “safe space” groups for women and LGBTQIAA+. Unless it’s applied unequitably, which it usually is based on experience.

Just because you say “there could be a middle ground” doesn’t mean there will be. You’re just soft-selling D/I/E ideology and I’m not convinced.

“Slippery slope” isn’t an actual fallacy and in many cases is a sound basis for a reasonable and coherent argument. Throwing out names of fallacies is not an argument.

It’s not. This stuff is in England too. It’s in Sweden. It’s in South Africa. It’s in Canada. It’s all over.

Maybe I just know more about this given that I’m inundated with it and forced to read it and study it in graduate school, and that’s why you’re not getting it.

If you think a classically liberal viewpoint is “hyper-partisan”, you might be a radical dude.

At any rate, you are pulling the discussion off-topic. If you have anything substantive to say about specific points I raised, I’m all ears and eager to discuss. But if you’re just gonna fling things at the wall and accuse me personally rather than addressing the merits of my arguments then I am not interested. An entire discussion was already deleted once because of derailing.

EDIT: Ironically, you talk about “false dichotomy” while accusing a moderate, clasically liberal dude of being “hyper-partisan” because he doesn’t like bits of radicial political ideologies being forced into the EULA/TOS of the game he plays.

If you have anything substantive to say about specific points I raised, I’m all ears and eager to discuss.

You pull 1 or 2 words and imagine a novel behind them. Let me try again.

But that’s boring. And, certainly, people in alignment with the political ideologies of “diversity/inclusivity/equity” are not particularly friendly

The problem with the “inclusivity” ideology is that it’s basically unenforceable on the player level.

My criticism of your response: You are cherry-picking words to mean something CCP_Swift didn’t intend. The full quote:

At CCP Games, we are committed to maintaining a friendly and inclusive community

There is nothing about “adhering to The Inclusive Ideology” which you then use as a strawman to attack. Inclusivity is a spectrum that is not measurable and very subjective.

A reasonable expectation of having an inclusive environment includes moderation that eliminates slurs of any kind. There are notable blogs and videos that document that up to today, this behavior is not moderated well. Therefore a reasonable conclusion could be that such language is going to be policed more strongly going forward.

It is unreasonable to take that whole statement to mean “CCP Games is now rigorously and zealously following Inclusivity ideology,” whatever you wish that to mean. You take this unreasonable stance and elaborate to such an extreme degree it is hard to engage with. On the one hand, I want to engage with you, but on the other your priors are so vastly different that from the get-go we’re almost speaking a different language. If I were to engage with your specific points beyond this it would not be in earnest good-faith to either my own view, or your own view, so I can only stop at the very top and say “dude, you’re going off on a wild tangent”.

A fair question, but let’s examine the whole quote again:

At CCP Games, we are committed to maintaining a friendly and inclusive community that celebrates diversity and welcomes players of all backgrounds, religions, beliefs, sexual orientations, and other characteristics that make them unique.

Companies that say they “celebrate diversity” in this context usually means “we as a company are thankful our playerbase aren’t just made up of [one kind of group]” and just pay lip service to that. So it’s just hollow lip service here.

If you think a classically liberal viewpoint is “hyper-partisan”, you might be a radical dude.

Ironically, you talk about “false dichotomy” while accusing a moderate, clasically liberal dude of being “hyper-partisan” because he doesn’t like bits of radicial political ideologies being forced into the EULA/TOS of the game he plays.

You’re not espousing “classically liberal” philosophies. Classically liberal philosophies in the spirit of John Locke’s Second Treatise or the classic liberalism of the Federalist / Anti-Federalist papers would say that business is free to conduct itself however it wants so long as certain fundamental rights of certain people are respected, and I do not see how a game like Eve Online can possibly infringe on any of those.

You bring up the Right of Free Speech and the Right of Free Association but Eve Online is a private game owned by a private company. Under classic liberalism they are welcome to govern their game however they wish and customers are free to leave and form their own competing game that treats these liberties differently. As it is not a public square nor a government none of the considerations surrounding the USA’s First Amendment applies, as private business is just that. You and I both might hate it, but liberties means a business has the freedom to do things you and I dislike.

They don’t even have to give you a platform here since this is their private space to talk. They’ve already deleted some of it. Let’s hope this further conversation is not, but we have no fundamental liberty being infringed upon if they still delete it. We have numerous other alternatives (r/eve, facebook, etc) where speech can be made.

Within a private sphere like their game, the organizing of players in Associations can be done however they please. Why are Coalitions not an Officially Supported Entity? Because players created this emergent behavior without their help and CCP tolerates it, but they are not required to. Them trying to stamp out the “coalition” type of Association between players also does not infringe on any fundamental rights; players are still free to Associate outside the game (and they often do, on Discord for example).

accusing a moderate, clasically liberal dude of being “hyper-partisan”

You can claim to be “classically liberal” and myself a “radical”, but I beg to differ.

Edit: And now we’re back into real-world politics again.

I stopped reading when you started talking about freedom of speech on a video game with a eula and tos that you agree to before logging in. Just because you want to say negative things doesnt mean you should. Rules on language put through this company service is the stopgap your brain should have built in between your brain and your fingers. If you can’t control yourself, be controlled. It really is that simple.
You don’t have to like it, but you do have to accept it if you continue to access the services of CCP, which are stipulated in the eula and tos.
Hohum back in my day we used to beat up the “others” and were cool for doing it! That’s really all your argument comes down to.

Sometimes the rules need to be broken to outline the broken system.

Im glad to see people more eloquent than me have been able to voice their concerns regarding some of the demogoguery in this thread.

Sorry to everyone that I got a little heated. Esp. @Io_Koval , who while I know we probably disagree a lot on other things, I can certainly respect for having a calmer head than I at least 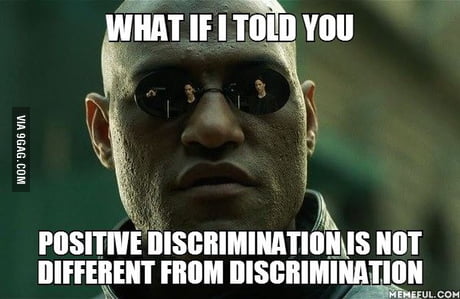 but by favoring one demographic, you’re disfavoring another, so it’s still discrimination…

CCP is asking us to help it promote ideologies popular in the tech industry. I believe this to be mistaken on a number of levels.
They’ll figure it out eventually, I hope.

They’ll figure it out eventually, I hope.

Removed some off topic/rule breaking posts. As ISD have had to wade into this thread a few times now and clean it up, any moderation action going forward will have heavier consequences. Thank you.

To make it fair it should be three strikes your’e out & instead of booting the membership give them a criminal rating. IE Yellow or Red w/ the skull so the community knows. This can even be a probationary period where good behavior clears your record. This way won’t disrupt game play throughout the system. 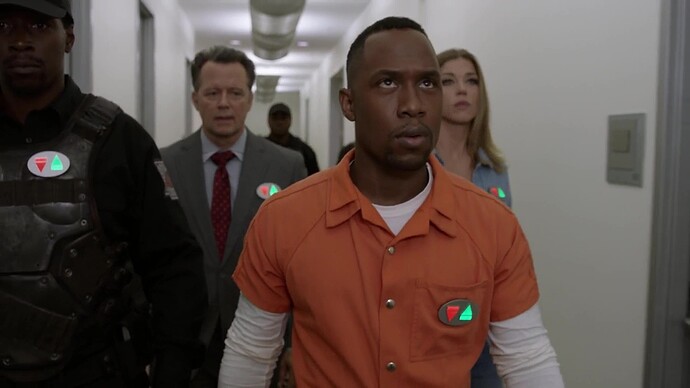 Social credit systems are not so bad if you are the master of it.
CCPs are subject to the alien technology of central control systems; think monarchies. #clif_high The trouble is humans are not insects.
Can CCP find its humanity? I hope to be proven wrong but I can’t see it happening via OP.

Im going with “yes” then as CCP cant seem to say “no”.