Places to visit in Eve

Name some good locations in Eve to visit to explore, for example - 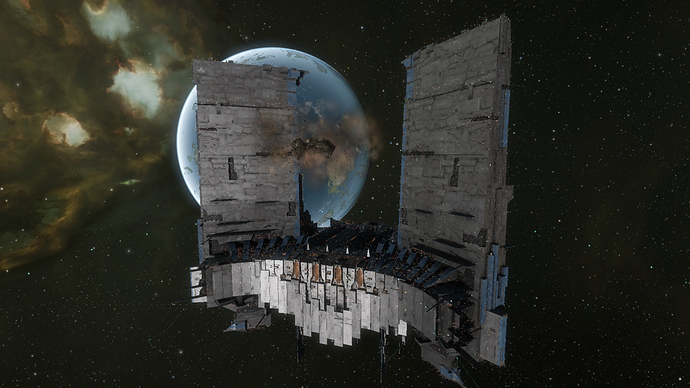 Is this a request for inspiration of places and great wonders to visit?
If so, can I offer you a link to the greatest place for such inspiration?

The blog EVE Travel by the great explorer @Mark726 (apparently not on these forums).

yes i do follow that site… There must be more good places to visit!

Every EvE player should make a pilgrimage to the Evegate
https://i.ytimg.com/vi/6Hblm4JDtlE/maxresdefault.jpg

The EVE gate is definitely something everyone should visit at least once. That was my first foray as a newbie into lowsec (I had only been playing a couple weeks at most). If you’re planning on doing it now I would recommend either doing it on SiSi or waiting for the updated version to hit Tranquility. The new version looks much better then the old one.

if i’m not mistaken, the eve gate shouldn’t exist, but if it does, in which system does it reside?

It’s in the region of Genesis.

And while you’re that far, check out Dead End like two jumps away. There’s a Monolith there that’s special

now that i think about it, going to Amarr and viewing the Catiz I honor guard is a nice view, it seems only the amarrians have titans in hs you can see at any time you want.

The City of God, located in Shastal.

I went there as a newbie, and have never forgotten it.

That lonely Zephyr that travels around. IF you can find it.
The City of Gods.
The Battlefield in Sarum Prime.
Vapor Sea.

I really have to be a smart ass here: it’s not a wormhole, it is a system that can only be reached by wormholes - a lot of them (which can be found here: https://www.eve-scout.com/thera/).

Uedama, or Niarja, in a blingy freighter, on a gank night

The Story of Steve

Agreed, a visit to Steve is worth the trip. If you’re lucky there won’t be any rats around and you can pose for photos. That’s my Thrasher smiling for the camera there. 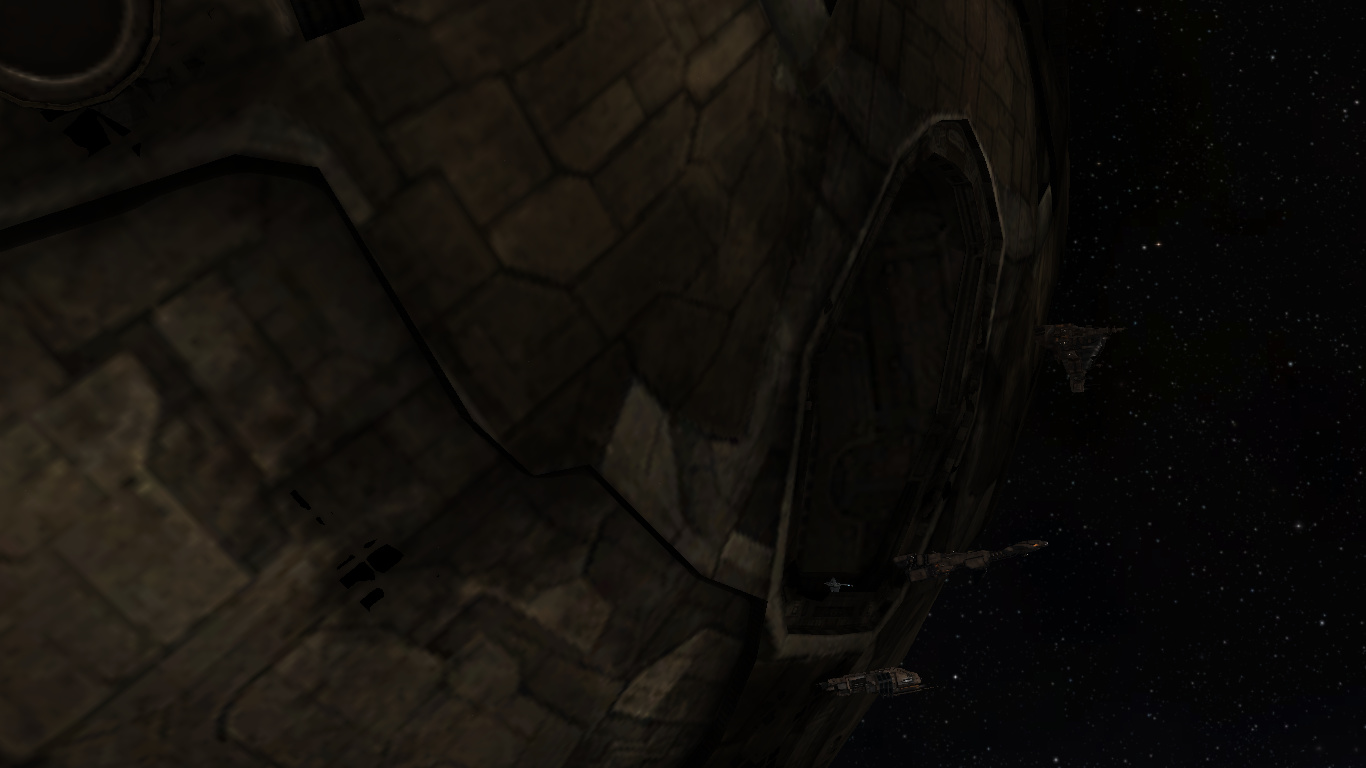 I have been following this thread since I posted a reply the other day, and it made me remember something that happened just a few month ago.

I have my character located in Lustrevik (don’t ask me why, course I don’t know) and have been there for a very long time. One day I was reading some Eve lore background story and it mention Pator as the home world of the Minmatar race.
Pator is the system right next to Lustrevik and I never visited it.
That got me thinking. 10 years in EvE and I had never visited any of the 4 races home planets. So I did.
It is a small 40 jump trip but well worth it.

While you are in Luminaire, you might want to visit the Landmark Caldari Monument and the two sites Luminaire Graveyard and the Caldari Titan (Shiigeru). You can’t actually se the titan, as it’s no longer there, but you should be able to see the crater it left on Caldari Prime.

If you take the journey and happen to come to Lustrevik you might take the time to stop by at Lustrevik VII.
It’s nothing speciel. Just a massive gas planet, but it is BIG. It has a radius of 96,130 km.
Compere that to Jupiters 69.911 km radius and the Earths 6.371 km radius and you get a sense of how big.

And as the last planet I’ll mention, while you are at it, and if you are up to it, is the planet Eyjafjallajokull II.
It’s the only known WH planet with a name and it resides inside a C6 wormhole named J102834.
Good luck hunting for that. The Hunt for Red Eyjafjallajökull (Part 1).

I will stop here, but before I go, I would like wish you Bon Voyage and hope you find what you are looking for. 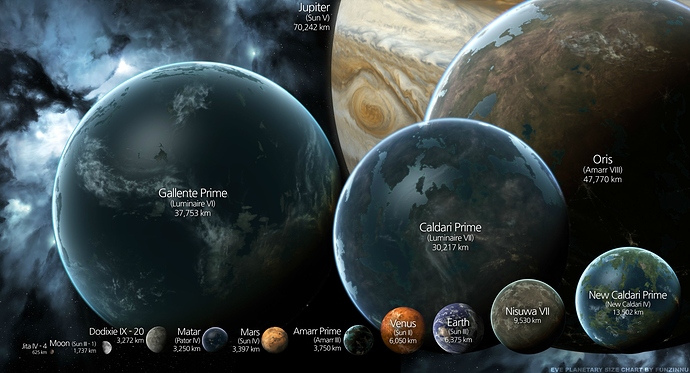 Theory: Gallente Prime is mostly filled with styrofoam peanuts. That’s why its gravity isn’t so strong that the Gallenteans would be flat.

If you don’t have much else to do, you could always go visit the Violent Wormhole in Promised Land. You can’t go through it, but it’s one more thing you can tell people you visited.