we’re getting these 3 new structures soon, but it looks like they are pretty much just citadelish replacements for the current: jump bridge, cyno beacon, cyno cammer. It looks like they’ll have the same reinforcement mechanics, have a module that requires fuel in order to give the thing its base function.

Now, is there anything more to them? They don’t even have rig-slots to make them use less fuel, not to speak about possible increased capabilities, like farther jump projection or so. Also, the structures themselves seem to be anchorable everywhere, but the service modules are limited to sov null.

So really just a 1:1 replacement of existing things and that’s it?

How you know such things? I thought the jump gates are just these jump gates that became new jump bridges we wil receive, and this new space they worked on became Abyss.

CCP said so. One of the fanfests. 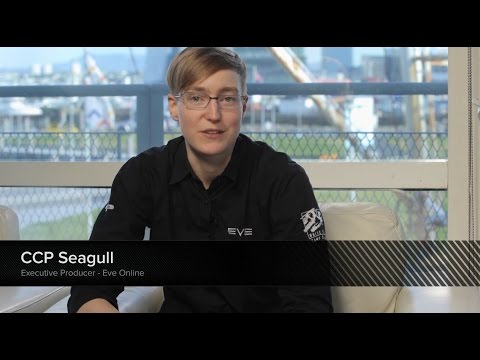 The Return Of Expansions

Perhaps the biggest news in EVE Online last week did not emerge from the CSM Summit. Instead, CCP Seagull announced via a dev blog and a You...

Yes, but it is just a fancy name and it checks out then. Controling Star Gates. Change name to Star gate and voila. Maybe this things became like PI, CCP first said this will be uber super turbo expansion back when it was developed and we got not nearly as much as they said. It was cut down.

Not unlikely that it was cut down. However, the screens specifically differentiate between starbase stuff and stargates. But this was Seagull’s stuff. Whether the dear leader Hilmar is equally visionary or just concentrates on increasing skin sales remains to be seen. But at least it was on a roadmap.

I think it may be that CCP just dropped some words, even less than ever, nothing in particular, but peoples thirst for stuff was building, then when it have to be delivered by CCP, people think its not this, because of players imagination making stuff up…

Also, I have fallen to it myself. In my imagination WiS was always a lot more than removed CQ.

because of players imagination making stuff up…

Not in this particular case, though the scope may have been reduced since originally announced.

In the roadmap presentation at Fanfest 2014, CCP Seagull’s specific words were:

_the idea of building stargates, of controlling space, this will be a journey that every capsuleer can be a part of. _

But what about these stargates then? If the capsuleers manage to construct some new technology with the potential of breaking out of the known universe.

What is it that we want to give you there, beyond the gates?

Well we want to give you something new to explore. A new frontier, a new experience in EvE online. A place you can choose to go where you and everyone else have to figure things out again. Where you can encounter new challenges and new types of game mechanics in Eve

Much more than jump bridge replacements in their original concept.

Times change, ideas get reigned in, things were different back in 2014 and CCP had big dreams, now they need to stay afloat and try not to ruin what they have

When they first introduced PI, they had a bunch of NPC owned Customs placed in orbit of all the planets. But players could destroy those and replace them with their own.

If they wanted to introduce player owned Stargates, it wouldn’t be a huge leap. We’d destroy the old ones and build our own instead.

And now that they’re working on making Citadels more popular, maybe we’ll eventually see the same turnaround for NPC stations. Instead of having the NPC Jita hub, and the Perimeter Citadel right next door, someone will end up destroying Jita and Perimeter will become THE hub. Something like that…

Not unlikely that it was cut down. However, the screens specifically differentiate between starbase stuff and stargates. But this was Seagull’s stuff. Whether the dear leader Hilmar is equally visionary or just concentrates on increasing skin sales remains to be seen. But at least it was on a roadmap.

Most likely it was cut. 5 years after announcement we still dont have any details and Seagull doesnt even work at CCP anymore.

Times change, ideas get reigned in, things were different back in 2014 and CCP had big dreams, now they need to stay afloat and try not to ruin what they have

EVE can stay afloat pretty well. The problem is that CCP uses it as a cash cow to fund their other (failed) projectes, like Dust 514, Valkyrie. At the moment, most of EVE revenues probably goes to their 3 new games (a new MMO, a mobile and a FPS game).

Blizzard would like to have a word with you.

from day 1 player stargates where always going to be a replacement for jump bridges, at least in their initial iteration. yes ccp had big plans for them, including the possibility of opening up new space. but that was always something much further down the roadmap, (and the upwell rollout took much longer than expected overall) will it happen eventually? maybe yes, maybe no. ccp doesn’t have a terribly good track record of iterating on old content… but… that being said, with the introduction of player stargates, that will finally mean the full replacement of POS’s can occur. which means they will either have to go back and iterate on old content, or start working on something new.

personally, I wouldn’t be surprised if abyssal space isn’t also acting as a test bed for the “new space” that could be accessed by player stargates. since it does mark the first time that players have been given access to discrete procedurally generated (for the most part) areas of space.
afaik no one ever said that the new space that may be unlocked through the player stargates would be something we could actually live in.

So, if we’re going by what CCP says, how is atmospheric flight coming along. Oh, and that avatar thing, Incarna? Or three dozen other grand announcements. Heck, I can still remember the original concept for PI, which actually looked like a simple yet fun version of Civ II.

Yes. I have even seen CCP dev on reddit talking that they iterate internally a lot and that means what comes out finally can be different than what is roughly sketched up initially.

Well, the first part of the Rubicon Plan, which had to end with releasing player built stargates, was supposed to last 3 years i.e. be relased by Q4 2016, Q1 2017 maximum. We’re on Q3 2018 and the thing hasn’t been released not even as replacement for POS modules, and as far as adding new colonizable space to EVE Online… well… that’s very unlikely at this point. Because, either it would be more profitable than null, and then would wreck the economy, or would be less profitable and nobody would bother with it.

EVE Online isn’t going nowhere at this point. Next year there won’t be a Fanfest so the only time when the new EP can share his thoughts and future plans for EVE will be in EVE Vegas. I will be paying attention to his words, because they will mark either the beginning of EVE’s resurgence or the turning point of its final demise.

Does EVE have a new EP yet? Or is it just Hilmar?

The like and get likes thread II Out Of Pod Experience

Sveinbjörn Magnússon (CCP Mannbjörn, according to reports) who was a senior producer will take the executive producer role vacated by Andy Nordgren (CCP Seagull). Cited from here. He have an extensive art backgroud, was overseeing 3D art, he created it, he even directed character creation revamp in EVE in 2010. That is unexpected turn of events.