I mean that could have been what they were doing and I still wouldn’t have liked it. Using microtransactions instead of subs in my view is ruining many MMO’s and again, it shows these companies only care about the bottom line because it is ruining the games.

My accounts are still valid but i have not upgraded them to Omega, i may come back but i have not really decided yet! I thought the Fanfest was very poor!

Imagine a fanfest that wasn’t about CCP doing stuff, but about what players are doing.

Hi=) May I ask, to use that option on accounts do I need to cancel on the payment side or on account side?

I was confused after I did 3x accounts using that option and since felt that I need to cancel future payments on my card side.

Inside the account info page on secure.eveonline it doesn’t show if Omegea had been canceled or not.

a Super Omega with a triple training speed, sold at a higher price.

Yes to this. I would love a “add-on” option for training speed increase. I am aware I can buy skill injectors/extractors etc. That is not the same.

Charge me an extra 5 bucks a month and give me double/triple the training speed. It would leave the price still attainable for those on a budget and offer those not on a budget the option. 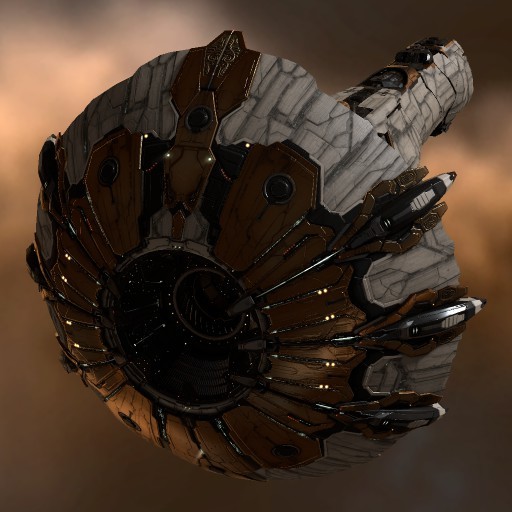 a Super Omega with a triple training speed, sold at a higher price.

Yes to this. I would love a “add-on” option for training speed increase. I am aware I can buy skill injectors/extractors etc. That is not the same.

Charge me an extra 5 bucks a month and give me double/triple the training speed. It would leave the price still attainable for those on a budget and offer those not on a budget the option.

More sp farming? I already have more sp than I use.

But yeah go to your NEOCOM, down to ships, and then ship tree. Then click on the different pirate factions and you can see what ships they have. And yes they have dreads, supers, and titans. So it isn’t like some far-off statement that it couldn’t be possible.

If you aren’t that target market, that’s cool, No Man’s Sky or Elite are good space games with a lot of enjoyable elements and a lot less danger.

That is effectively what is happening, players are leaving as it’s not the game for them.

Question is, is that good business sense? If their target market alienates a good proportion of their customers, are they targeting too small a niche? Do they need to cast their net wider by offering a wider range of content?

All well and good having the #1 stellar, cut-throat and pvp-centric hardcore MMO with a perfectly balanced economy, but if that translates to 10k PCU, you’ve got to ask whether the players advocating for that are cutting off their noses to spite their face!

are they targeting too small a niche?

The niche is gamers with nice big fat bank balances.
The amount of plex being bought by credit card warriors will have told them that they can milk us some more.

I think this was a good move for the game. Need to make life a bit harder for those multiboxers. More expensive subs => more plex bought ingame => less isk in circulation => lower inflation => more stability for indy players & investors

What is more important to you - to have a game with lots of players or to have a game with the content you want? Lets face it, no one want eve to turn into a WoW in space. This inevitably means smaller playerbase forcusing at specific audience (spreadsheet nerds). It would be great to have a steady stream of new players participating in the economy, but not if it requires making the game more arcade. Over the years I’ve come to realize that eve is attractive to me because of its complexity, which is driven by the specific players it has, not because its accessible and popular.

For me as a player I’m happy about his change, but for CCP this might have been a short term win at the expense of long term growth.

I think this was a good move for the game. Need to make life a bit harder for those multiboxers. More expensive subs => more plex bought ingame => less isk in circulation => lower inflation => more stability for indy players & investors

Don’t worry, CCP is discounting subscription fees for multi-accounters. The price increase will mostly hit only non-commiters that solo-account.

Less isk is in circulation? It’s way more actually. ISK is harder to make with industry now, though, mostly because Princess Aiko isn’t doing her job, and her corps has been lazying so hard that miners have collapsed the economy and in consequence industry

Ore and Mineral prices are dropping and it's all Aiko Danuja's fault! Crime & Punishment

Princess @Aiko_Danuja are you on vacation or something? You know damn well that you have total and complete control over the price of ore and minerals. You’re slacking! Don’t make me come out of the wormhole and do YOUR JOB for you! I demand you get up off the couch and do your part to raise the cost of ore and minerals by destroying these ill-gotten gains before they can make it to market.

There’s no point in moving a hauler past a stargate and creating assets for a week before bringing them to a market for sale, if the profit therein is below the profit of blowing up a rat on that gate, and that’s pretty much where we are these days.

Also, where in this game is there no inflation? PVE sites pay almost twice the concord bounties they used to pay before the mandatory risk-bounty-modifier introduction, abyss is dumping a billion isk per hour to any multiaccounter, and half a billion-ish isk per hour to any single accounter.

Here’s a PanFam member that considers isk income terrible if it’s only at 100% RBM, i.e. rats drop the same CONCORD bounties they used to drop 2 years ago:

When is ccp going to fix null ratting General Discussion

Drone lands im in Horde. My home system has been 50% for weeks now. I dont do too much ratting even when at 100% because the income is terrible. But 50% is just a piss take. No wonder peeps are leaving the game i done blame them. Im an indy guy and im so tempted to just sell up and just multi box mine because ccp ■■■■■■ indy too. Not like mining is any better but its the last half decent income still going.

Content, in eve, is a synonym for killmail grabbing. Most killmails can be grabbed when there’s a lot of players, all of which have poor skills, or are afk, or both.

Binary fallacy, the two are not mutually exclusive, you can have both by offering a range of content to attract a range of customers.

If it really did come down to a choice, CCP would obviously go with lots of players. Ask any business whether they want more customers or less and the answer will be the same.

Is that a meme? Plex isn’t an ISK sink, it transfers ISK between 2 players. Purely a transaction. It doesn’t deflate the economy or lower the ISK in circulation.

So, any news about the multiple account discount @CCP_Paragon spoke of???

Emails want out about it back on June 3rd
25% off one month and 15% off 3 month subs for your alt accounts.

I did notice the price of PLEX in the Domain market rose dramatically in April, I was wondering why that was. Now I probably know.

Why isn’t the price going down instead I would have figured this game would be free to play for real by now instead the price is going up I mean is the goal to kill eve online? This game since it came out it’s had huge potential but thru the years with every small change here and there you’v managed to strip away what made the game epic in the first place. Your die hard loyal players are all that is keeping eve online alive and yet it’s like it’s them you are targeting to exterminate which makes absolutely no sense to me. Make the game free to play for real and save the game before it’s too late. If your doing what your doing just for profit why don’t you sell the game to someone who will actually keep the game alive? I hope you pay attention to this thread and realize that we are all here wanting only the best for this game.

Yeah, and CCP can work for free