Good video about why EVE is falling apart instead of thriving

CCP has implemented every single false-savior listed in the video to make things easier and the results are panning out exactly as described in the video.

Are you able to fill in the blanks for us here instead of that video as it would be better to just talk about it.

Mr Strife Hayes is asking whether we think it’s better for an MMORPG to deliver immediate satisfaction in its features (and thus to sacrifice the long-term satisfaction of having overcome genuine adversity), or whether a challenging experience from the start should be the goal.

Games which opt for the former will retain more players, but those players may quickly become bored and seek out other, similar, games, in playing which they will simply repeat the process.

Games which are consistently challenging will retain fewer players, but those players are likely to be more invested in the game, having a real and lasting sense of achievement.

It may be that it isn’t ganking which is driving players from EVE, but boredom. Hand-held from the start, new players can do many things in their first year that we hoary old veterans could not have achieved in anything like the same time-frame. The available provided content is thus quickly exhausted.

Whatever you think about the game’s direction, CCP has decided to retain players by giving them candy rather than by hitting them over the head with a rolling pin and forcing them to respond.

I think CCP wants it all; predictable and manageable churn statistics and old-school loyalty.

The message in his video is one that several people who genuinely love the game and want it to continue to succeed have expressed for the last 10 years now.

Unfortunately, I think CCP has gone too far down the path of removing the difficulty and challenge of many tasks and have just levelled them so that anyone can easily achieve success.

The game is a much poorer experience, but there doesn’t appear to be any likely change in current direction.

Why even react to a chronic complainer?

I agree with him in the broad strokes, but I found it weird how he focused on quality of life things as providing the challenge. I mean, yeah, a lack of quality of life stuff does provide a form of adversity that can contribute to a sense of accomplishment, but you can also make a challenging game without making it chore.

I think CCP wants it all; predictable and manageable churn statistics and old-school loyalty.

I think you hit the nail on the head there. It feels like Eve is having an identity crisis right now. Eve is supposed to be a challenging UPvP sandbox MMO, but… you know… money. Lots of players asking for less challenge, less risk, less effort, and more extrinsic rewards.

Games which are consistently challenging will retain fewer players, but those players are likely to be more invested in the game, having a real and lasting sense of achievement.

Although there seems to be a serious disconnect between CCP’s claims and narrative about how important long lasting and profound player interaction is to the players and CCP’s efforts to support that. They keep implementing more and more features to make people meet but these also remove all the social aspects of people finding other people to meet on their own.

I mean, yeah, a lack of quality of life stuff does provide a form of adversity that can contribute to a sense of accomplishment, but you can also make a challenging game without making it chore.

CCP has been pushing “quality of life” features that remove any sense of accomplishment from the game while also introducing more and more busy work and chores for the sake of it and not for the sake of better, more enjoyable gameplay.
The latest industry patch is a great example for the second part. Under the guise of “we want more things to do for people” the changes made everything worse, made everything more laborious and gives absolutely no positive gameplay experiences in return. Quite the contrast, it removes and destroyed positive gameplay experiences.

There would have been so many ways to make this particular aspect complex work out much better. But lack of vision paired with lack of development competence killed a feature that could have introduced lots of potential for new people to have a serious impact in a challenging environment and give older players new things to that they need to learn from scratch and find ways to cooperate, exploit for themselves, spoil for others instead of existing and incompatible things shoehorned into the feature.

Not sure if old MMO’s were better but I’m certain that they were cheaper.
As for EVE, it’s been dying for so long that it’s practically a zombie by now.

Everyone misses one of the key fked up things about the game which im also guilty of destroying with greed and that is the market. It is basically end times greed fked but im happy because i make my isk.

I feel for newbs who want to fly something decent. It goes t1 ok then can jumped from like 3 mil to 60mil for literally 5% more on an item. It’s price gated by and for vets basically.

The market is completely fked. Every last tiny margin has slowly been crept up on over time to where we are now. There is barely anymore blood that can be sucked out of the market.

The video is good but its only extremities, mmo’s should start super easy then get super hard and have something impossible in it so that players are constantly trying to beat it and being rewarded for getting closer each time instead of only right at the end imo.

To translate this into eve look at how Ded’s are currently:
They are a mass of rooms with a 1% change to gain loot in-between and a medium chance to gain loot only right at the end. They have to sit in it for close to an hour in some where someone can scan down your site and tackle you which is good because of risk.

Imagine if Ded’s started off easy with a medium chance of loot in each room and each room got a lot harder to the point where 50% of players are happy with only running the first 2 rooms.
Then maybe 30% of players attempt the 3rd room, 10% attempt the 4th room a crazy select bunch try the last room with a 98% chance of dying.

But then you look on the forum’s and see some dude post a screen shot of what they found in the last room and people are like ■■■■ it, I need to make a plan.
So they get to the last room, secure the signature so no one else tries to steal it then wait for friends to log on and get them to help in the last room.

It would make a much more fun experience imo.

Why did the image of a man hitting his head against a wall just come to mind when I read that?

I have a feeling you know what I mean thou, sometimes its good to have a legend to chase.
Maybe I should rename it to near impossible.

It’s like when I first watched godscoldblood 1v30 a whole null group in his vindicator my mind was exploding at that point. Near impossible challenge ind, after watching that video as a new bro I knew this game could be legendary.

sometimes its good to have a legend to chase

But I do understand what you mean.

Imagine if Ded’s started off ez

Did you spell easy ‘ez’ so the others won’t go ballistic?
" What ez?? Get this Carebear! Off with his head, git 'im!!

It would make a much more fun experience imo

What?? Did you just say fun !? You really want to get banned, don’t you.

ColdBlood was always the true king: 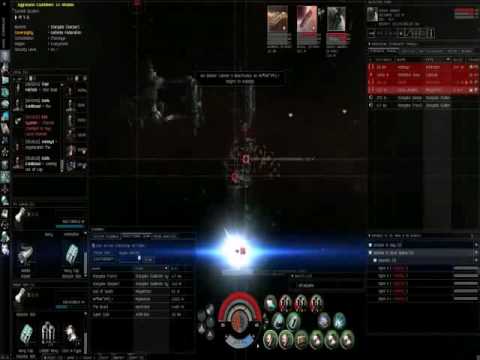 Did you spell easy ‘ez’ so the others won’t go ballistic?
" What ez?? Get this Carebear! Off with his head, git 'im!!

Apparently he used to be the “savior of Hisec”
Some savior…

ColdBlood was always the true king

Thanks for the vid. First time I ever hear about that monarch Coldblood. I shall investigate further…

Not only do they lose their head in the funniest and most ridiculous way but they’re also convinced that it’s you who’ve lost it.
Have you seen that movie One Flew Over the Cockoo’s Nest? Well, this time the patients are running the streets.

I think I covered the most of it.

There’s a reason game design is in the toilet, money. It’s way easier to grab others money appealing to their anxiety instead of slow and steady. And I cannot blame CCP for it, it’s in the industry everywhere.

If you look at the old artifacts like missions, except for level 3, it was a decent risk x reward. Unfortunately the company decided to treat us like idiots and all designs are now get your ship deleted have a good day. Exception to abyssals I think.

Desperation is not gonna cut it, but I heard they are also bleeding money with operations, so bringing more players wouldn’t help.

I guess they doing what they have to do, but I don’t think the light at the end of the tunnel is the exit, it may be another train coming.

that one is noice to

This explains so much.