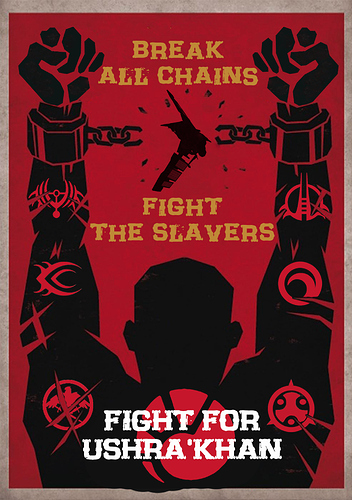 Both a shield and sword for the Minmatar people, the Ushra’Khan alliance is one of the oldest alliance founded in 2004.

During more than 14 years of PVP RP oriented gameplay, the alliance always kept its word true to defend Minmatar freedom.

We are a pvp alliance fighting in Faction Warfare. We don’t care about red in the zkillboard, just undock and fight.

Fleets are organised daily to defend our space, defend our citadels and conquer the warzone.

As small gangs roaming the battlefield and as fleets of several dozens, we make Amarr and Caldari lackeys remember that freedom is not given but taken.

We don’t undock for money but for blood, toil, tears and sweat.

We don’t forget, we don’t forgive : Starkman will remain ours and our brethren be freed

The Ushra’Khan alliance is composed of the following corps : 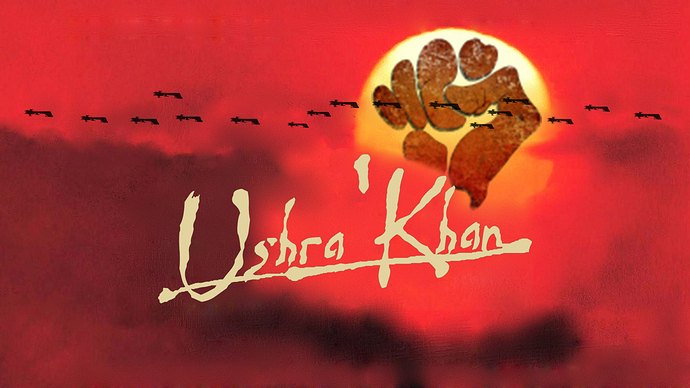 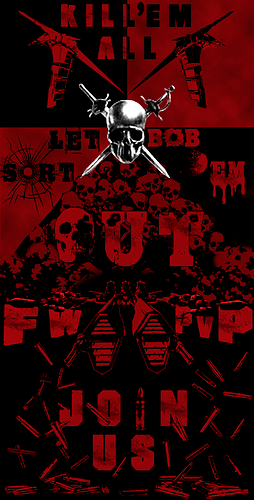 Kill’em all. Let Bob sort’em out : We serve on behalf of the glorious Minmatar Republic !

We fight battleships with frigates,
We fly ships worth the price of their ammo,
We bring knives in gunfights and win,

Our flag flies red, wet from the blood of our battles, and black, mourning our dead and the day of darkness.

Win or die but always fight to the bitter end, against the Amarr, against all odds

They thought themselves safe in their golden ships : they aren’t.

Low Sec and the battlefield are our home,

We are the Rusty Dozens, We are Kill’em all. Let Bob sort’em out